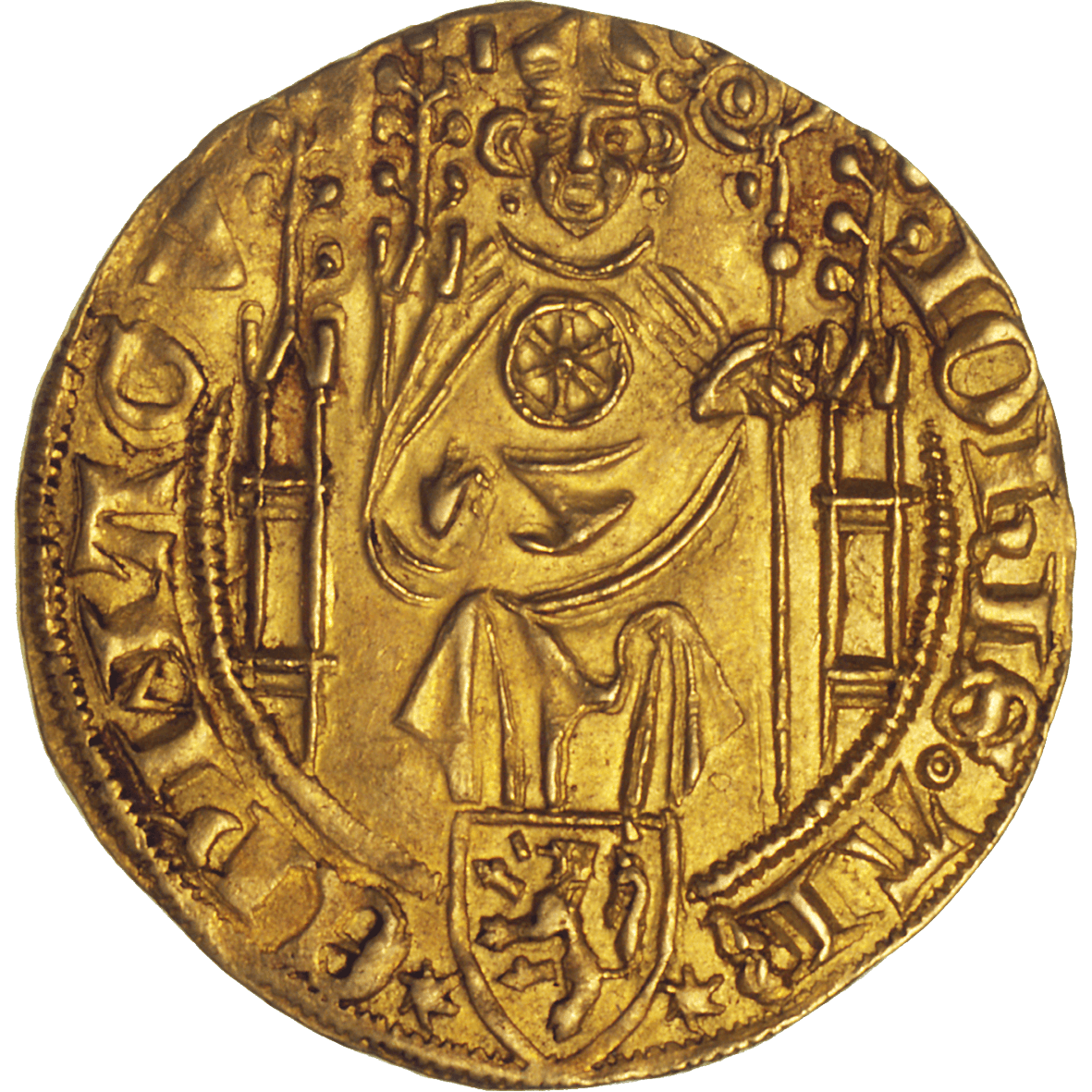 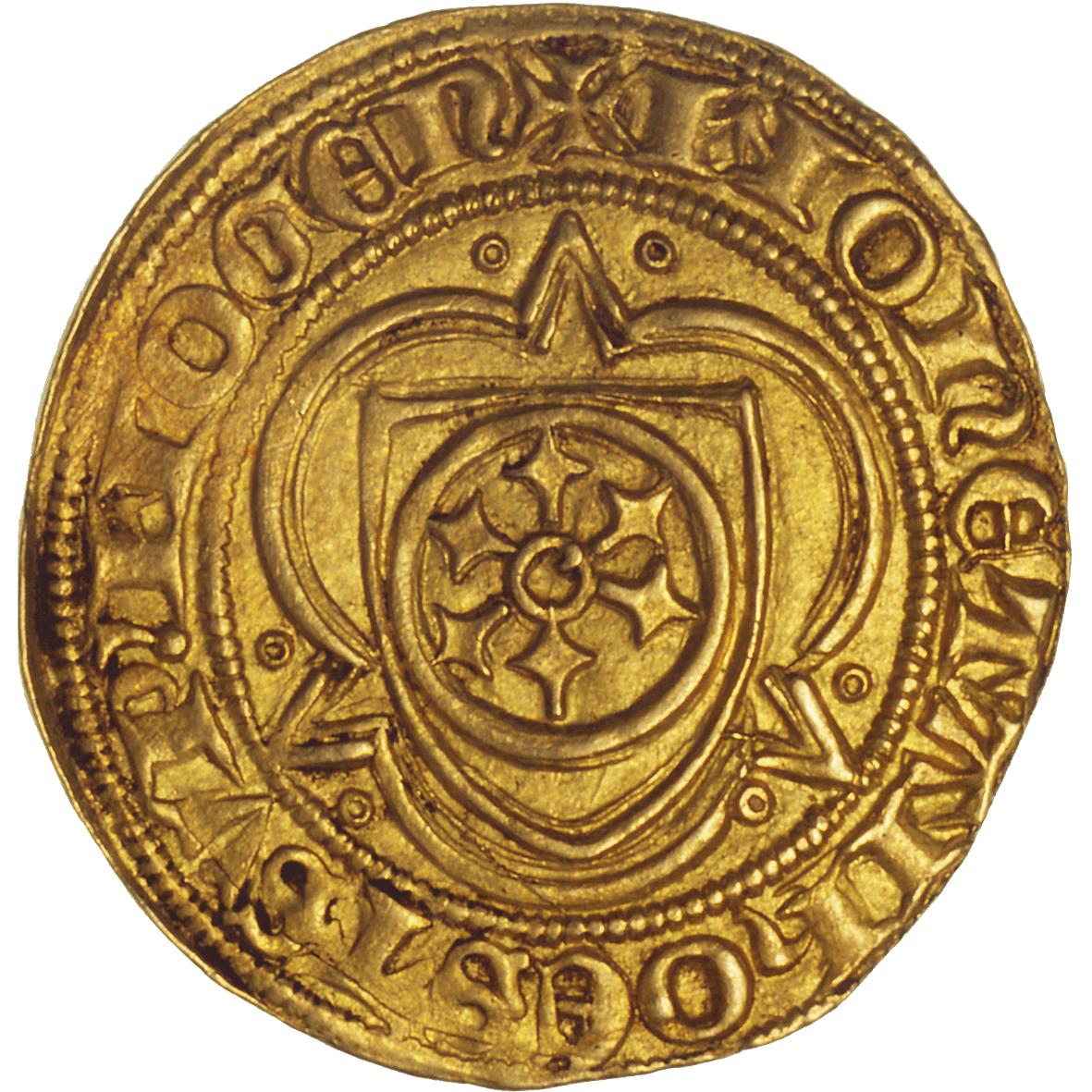 In the year 1385, the electoral princes of the Rhineland, the archbishops of Mainz, Trier and Cologne and the secular count palatine of the Rhine, agreed to henceforth organize their coinage together. With the Electoral Rhenish coinage union they planned to create a uniform currency in their territories. The union coin was to be the gulden. Official designs were laid down for the obverse and the reverse, while the weight of the coin was to be not less than 3.54 grammes. This gulden, now called "Rhenish gulden," became the principal coin in Germany's multifarious territories, and formed the basis of several German coinage systems.