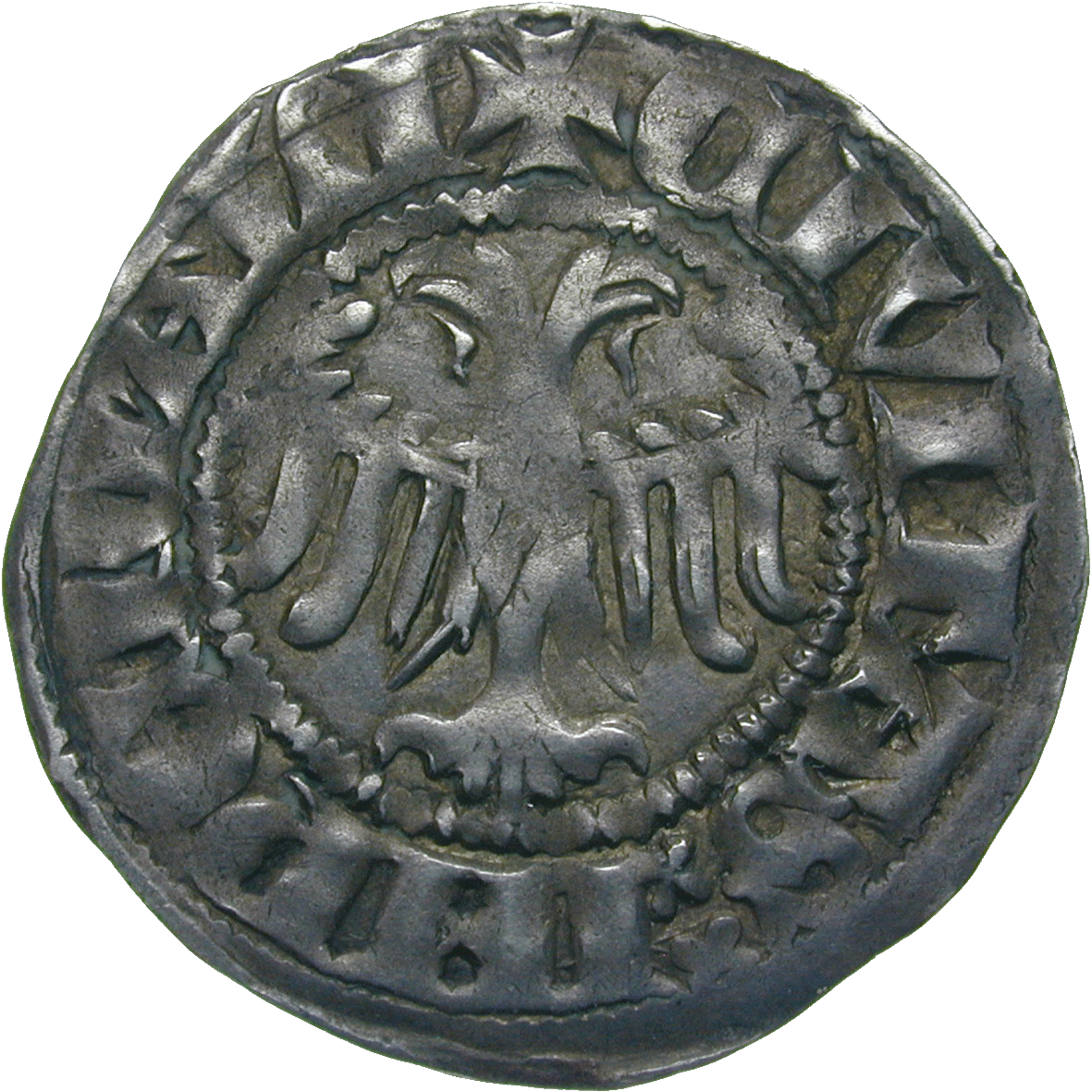 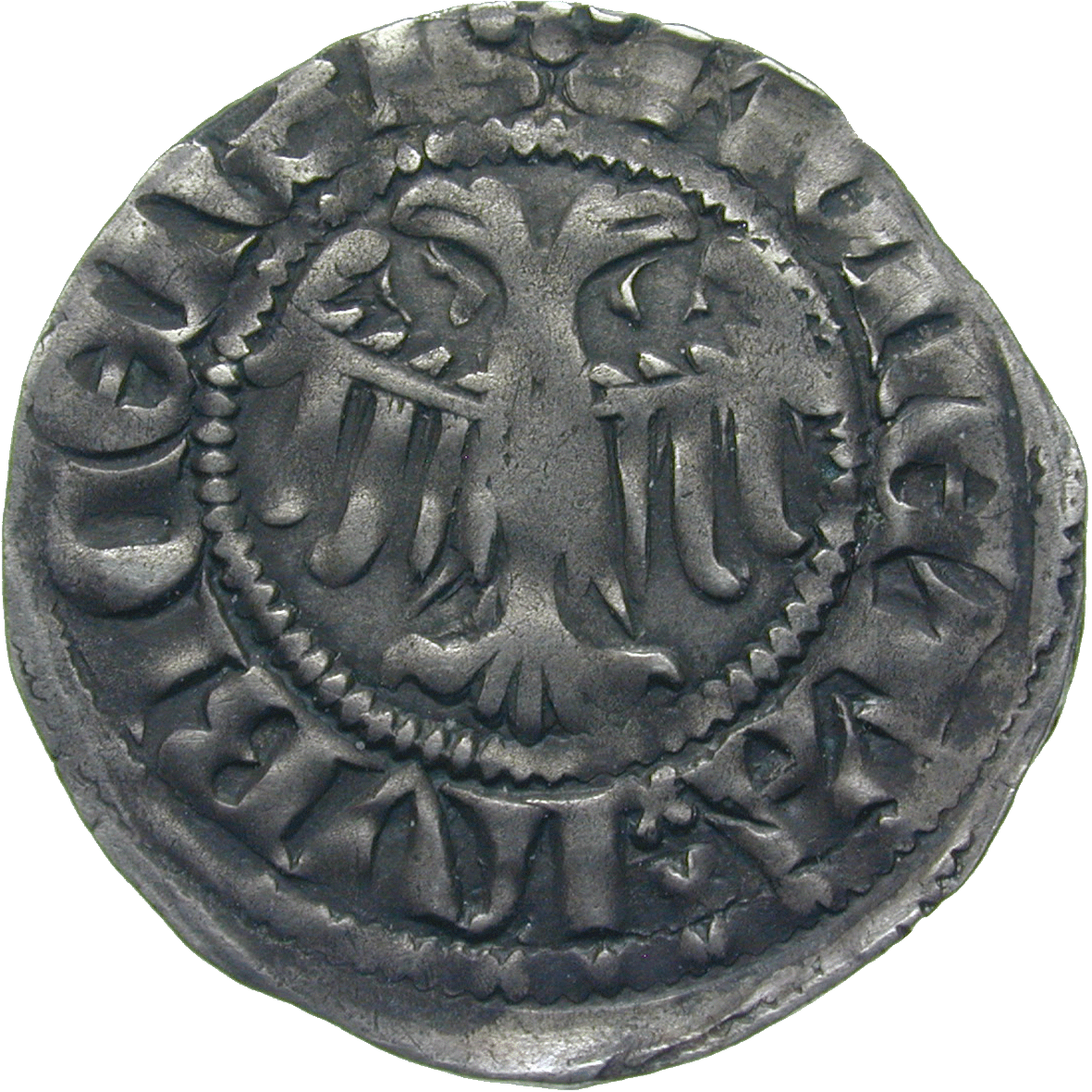 This is a dreiling, a 'triple', a coin worth 3 pfennigs. It was issued in the context of the Wendish Coinage Union, a alliance of some northern German Hanseatic cities like Lübeck, Hamburg, Luneburg and Wismar. At times Rostock, Stralsund and Hannover were members of the Union as well, and many other cities issued coins according to the Union's regulations without actually being members themselves. The basis of the Wendish Coinage Union was the Lübish mark. Union coins were the witten worth 4 pfennigs, and since the end of the 15th century also the dreiling and the sechsling ('sixer'). The coins bore the crests of their city on both faces; here, it is the double-headed eagle of Lübeck.