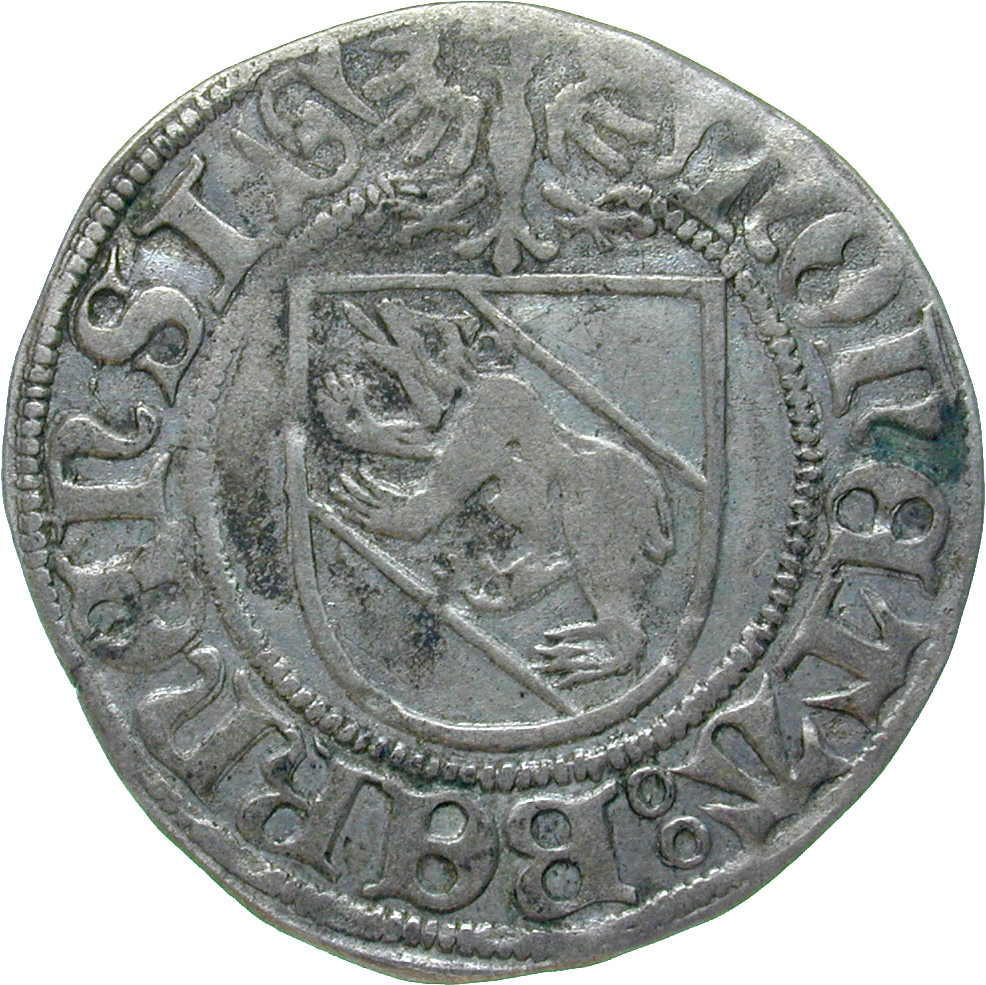 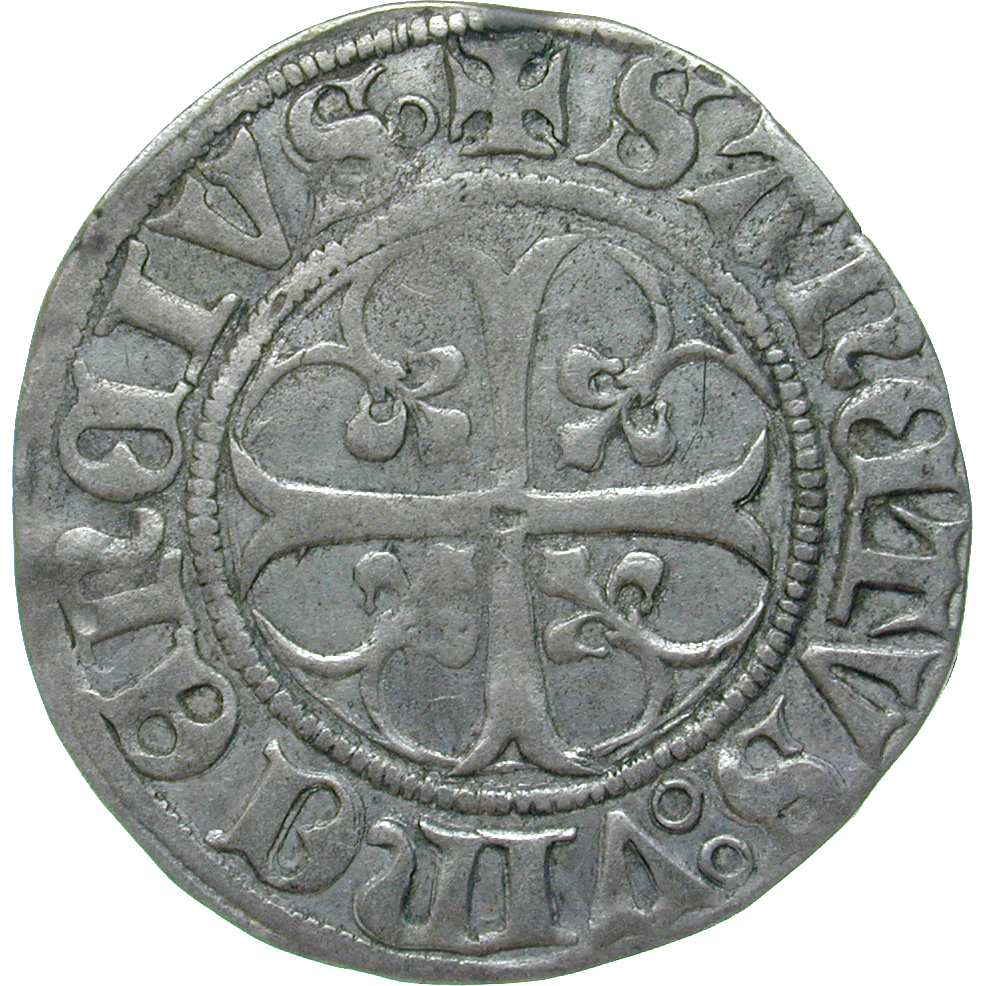 The denomination called batzen was developed in 1492 in the course of a currency reform in the Republic of Berne. It was a handy coin, as one batzen was worth a double plappart, or 4 kreuzers, a fifth of a dicken or 1/15 of a gulden. The batzen was thus situated between small change and large coins, this being the reason for its wide acceptance in the areas of todays Switzerland, southern Germany and northern Italy. Indeed, batzens were in circulation as far as Prussia and Silesia. Due to uncontrolled minting and inflated values batzens got a bad reputation, however, and were forbidden in southern Germany in 1535. In Italy, on the other hand, they remained in circulation until the mid-16th century, and in Switzerland they were even used until the 19th century.