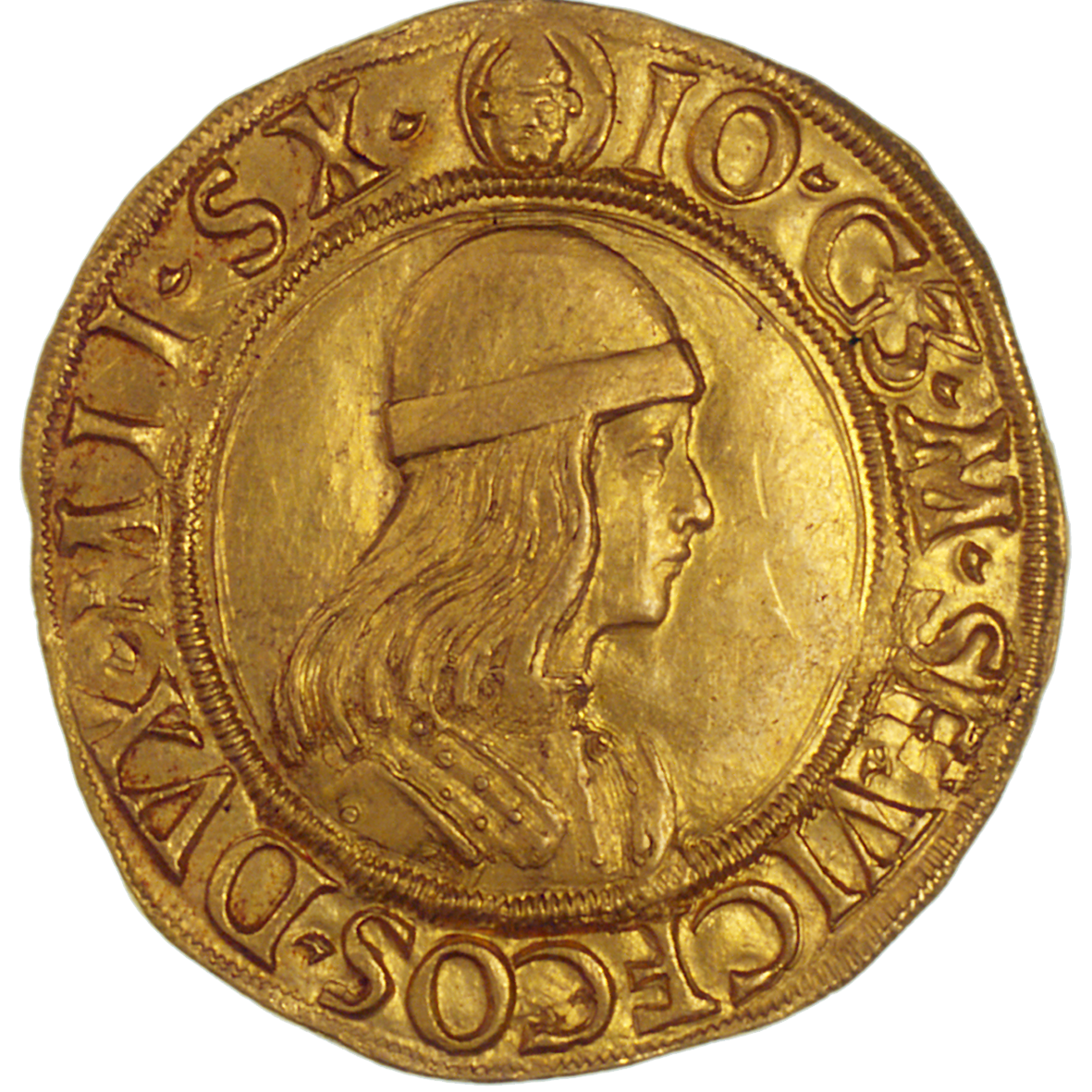 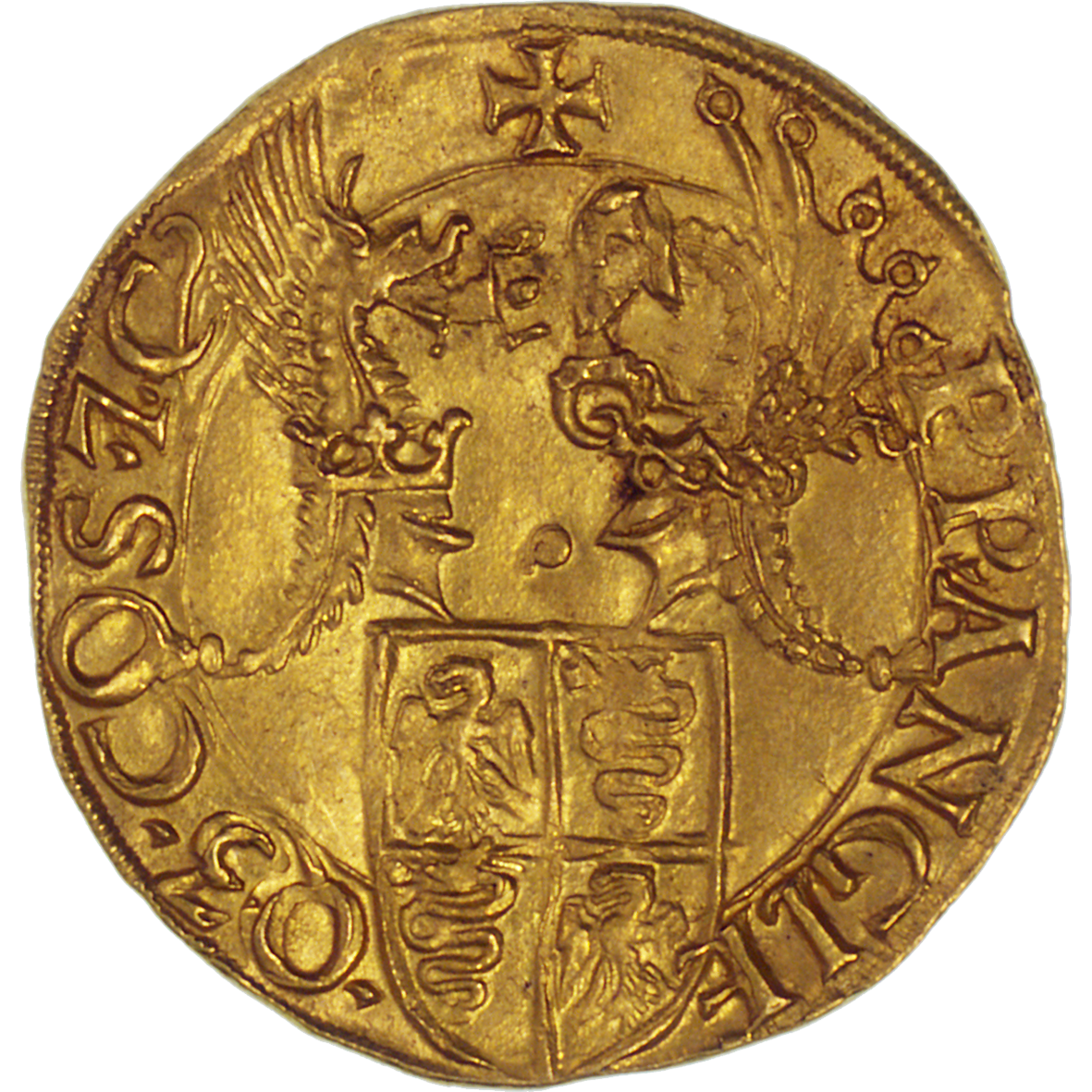 Gian Galeazzo Maria (1476-1494) ascended to the throne of Milan at the age of seven. Initially his mother Bona of Savoy was in charge of the affairs of the state. Later his uncle Ludovico Maria, called "il Moro," took over regency. Ludovico Moro was an unscrupulous character hungry for power, but at the same time the most important patron of Renaissance art in Milan. The portraits on the coins of Milan under his regency and later rule are among the most perfect Renaissance works on coins altogether. The obverse of this double ducat bears the portrait of young Gian Galeazzo Maria. The reverse depicts the coat of arms of Milan that the Sforzas had taken over from the Visconti family. The crest shows two serpents, each with a human in its mouth. The development of this somewhat curious motto is a matter of speculation. It is sure, however, that the crest of the Visconti initially only bore a serpent, and that from the first crusade it was depicted with a human – supposedly a Saracen – in its mouth.