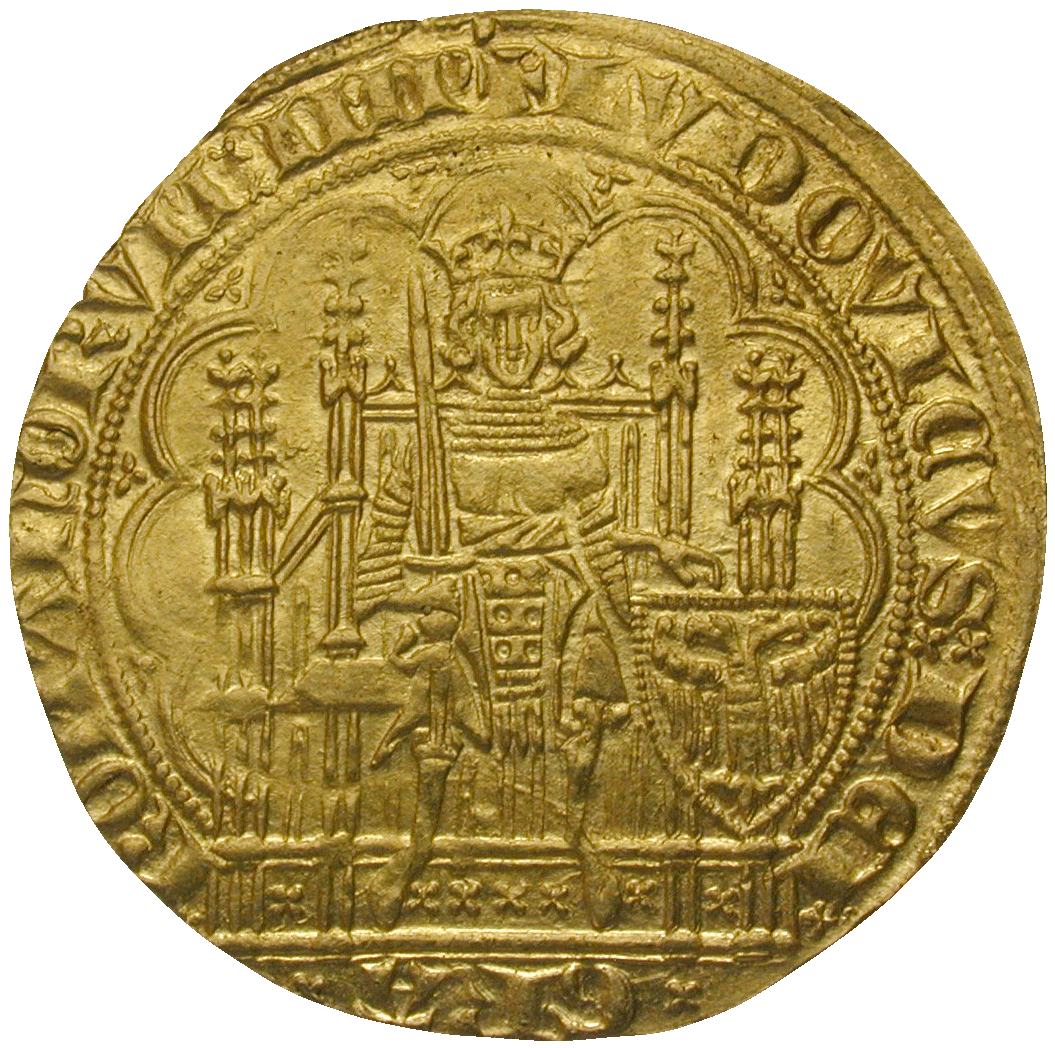 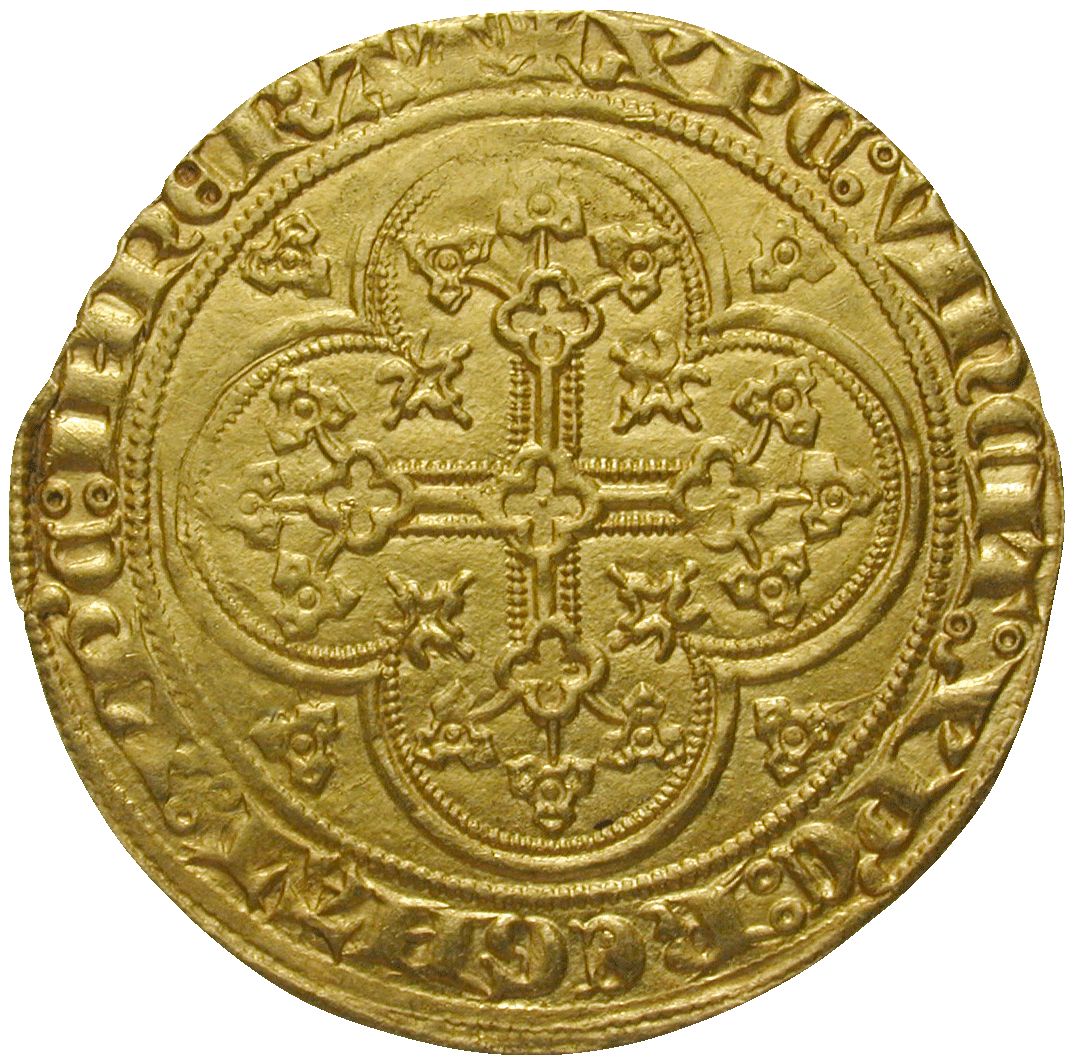 Louis the Bavarian (1328-1347) was the first emperor since the 9th century, who had gold coins struck in his name in the German lands. They were imitations of the French ecu à la chaise of King Philip IV and struck in Antwerp – on behalf of the English king Edward III, whom Louis had made governor of the German lands on the left side of the Rhine in September 1338. These coins were used to finance the preparations for the Hundred Years' War (1337-1453).