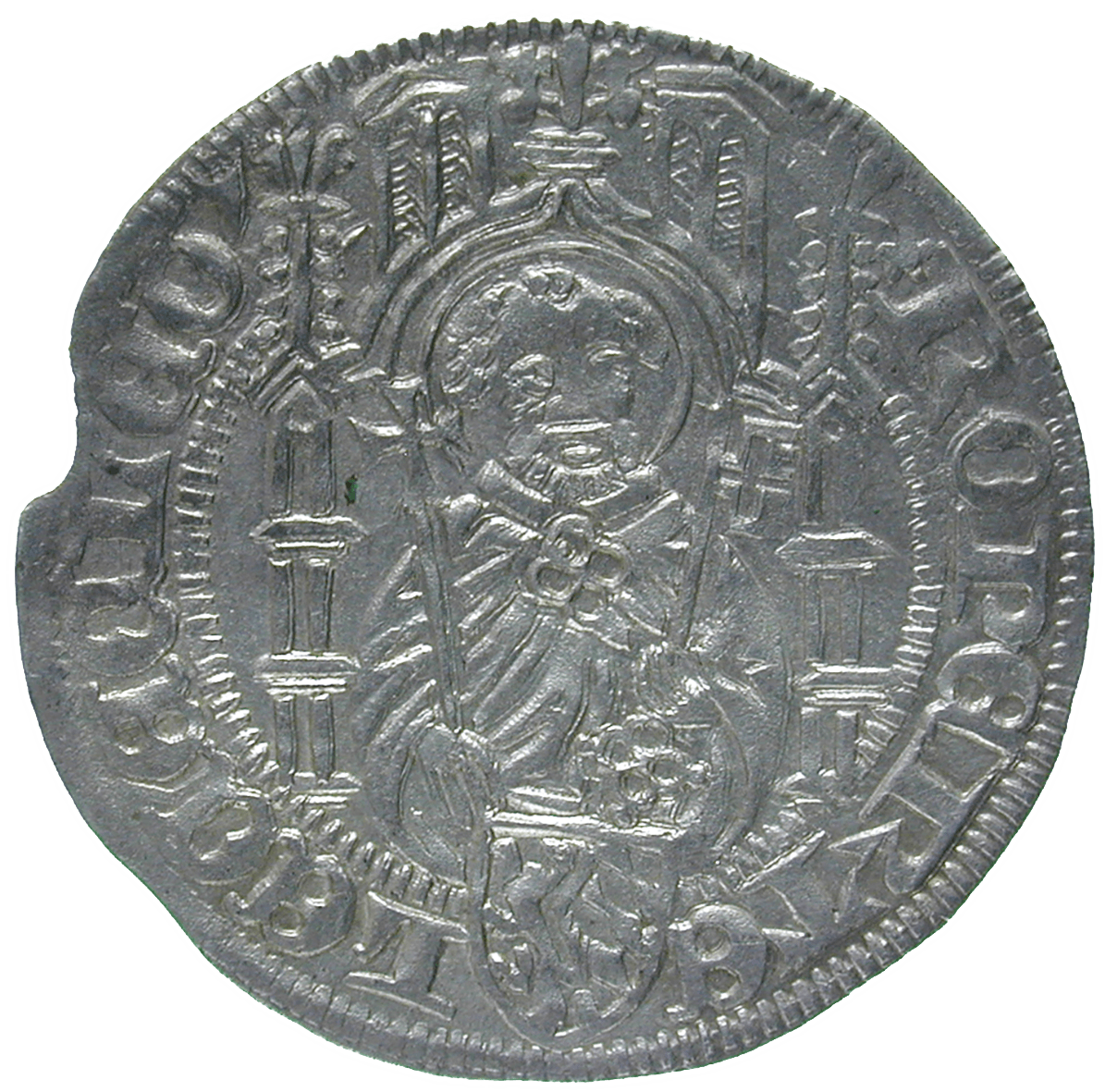 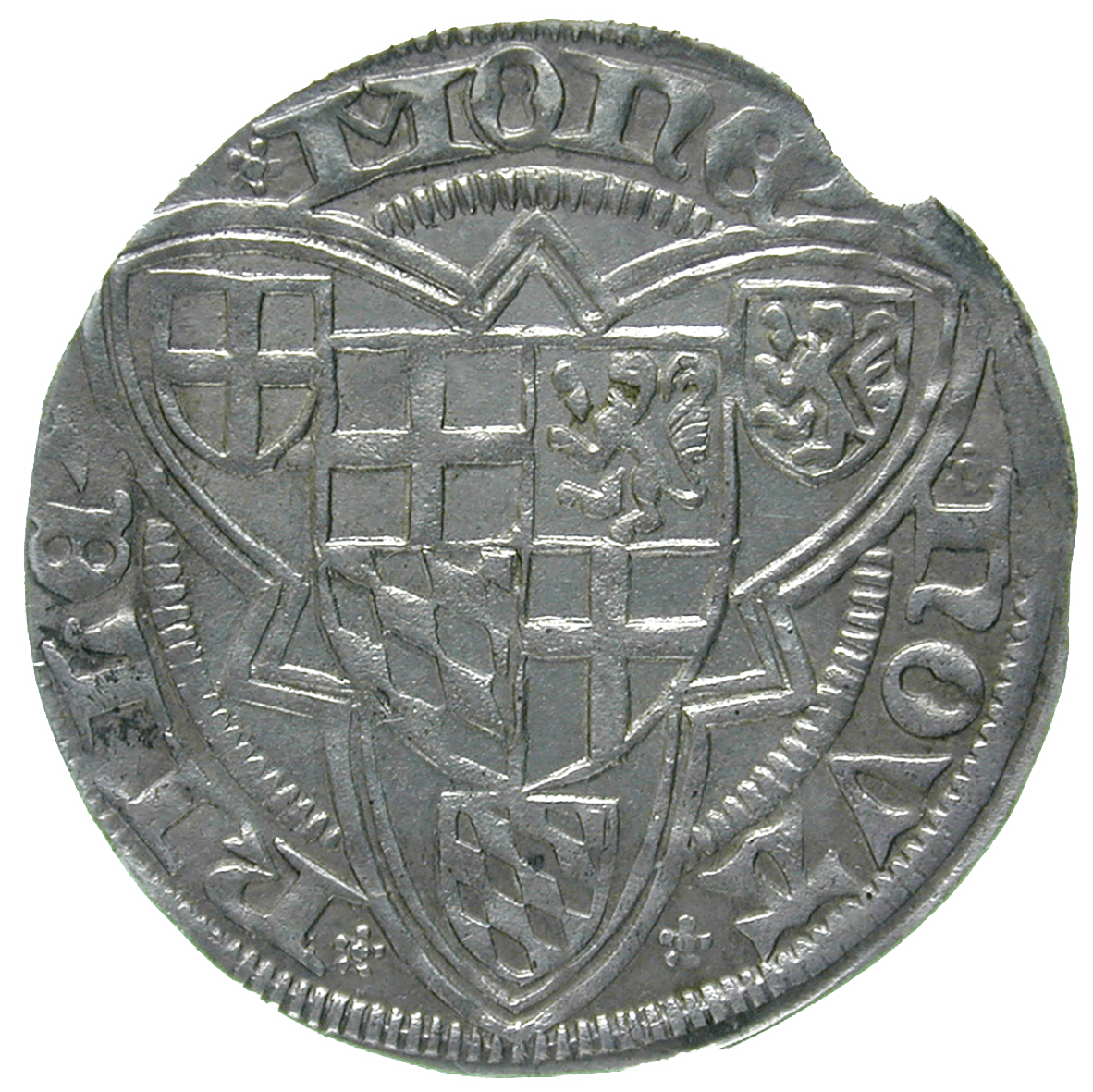 The archbishops of Cologne, Mainz, and Trier, and the count palatine of the Rhine, concluded the first Electoral Rhenish coinage union in 1385 in order to create a larger currency area for their coinage. The partners agreed to issue gold and silver coins to a standardized weight, precious metal content and design for ten years in their respective heartlands, which were contiguous. The standard gold coin was the gold gulden, and the standard silver coin was the white pfennig, also known as albus. The obverse of the white pfennig displays St Peter in a Gothic surround, while the reverse bears a pointed trefoil design with the coats of arms of the partners in the coinage union.