Commune of Arezzo, Grosso of 6 Denarii 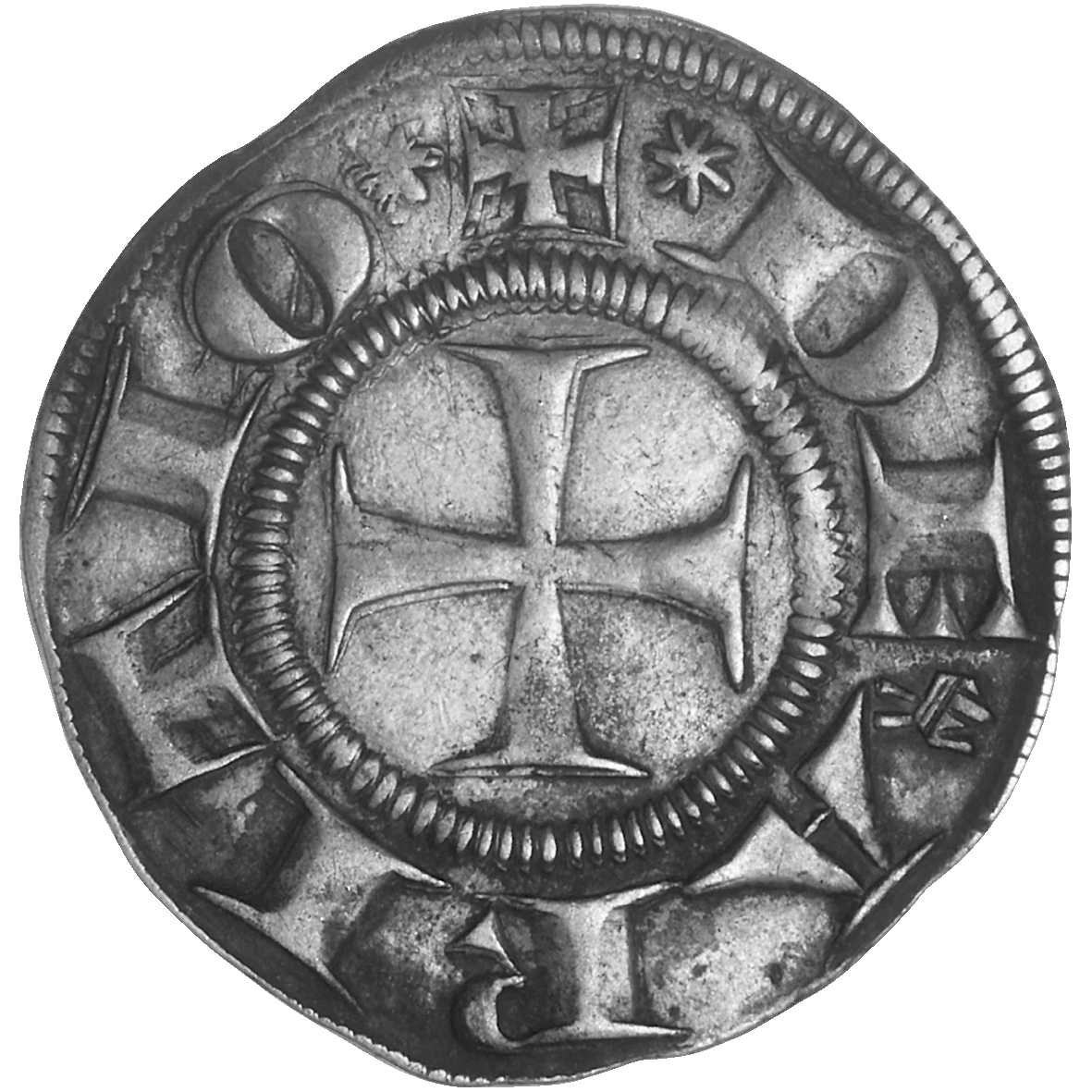 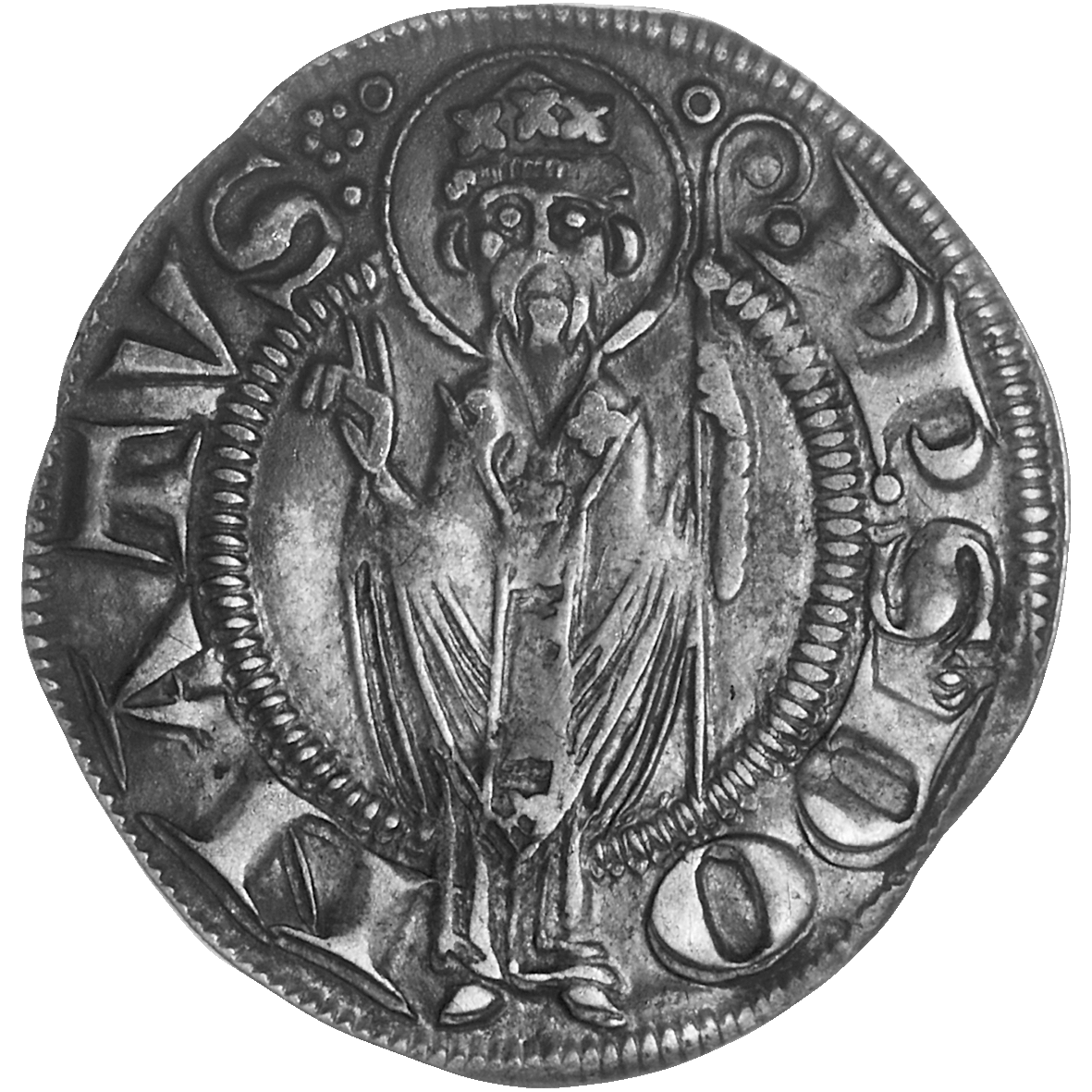 Saint Donatus on the reverse of this grosso is the city patron of Arezzo in Tuscany. He was bishop of Arezzo in the 4th century, and said to have worked many wonders. The city's cathedral is consecrated to him. During the High Middle Ages the bishops of Arezzo, being the religious and worldly rulers, were among the most powerful protagonists of political live. But in the course of the 13th century the commune, the community of citizens, took over political power in town. This grosso was not issued in the name of the bishop, but in that of the commune. DE ARITIO it reads on the obverse: from Arezzo.