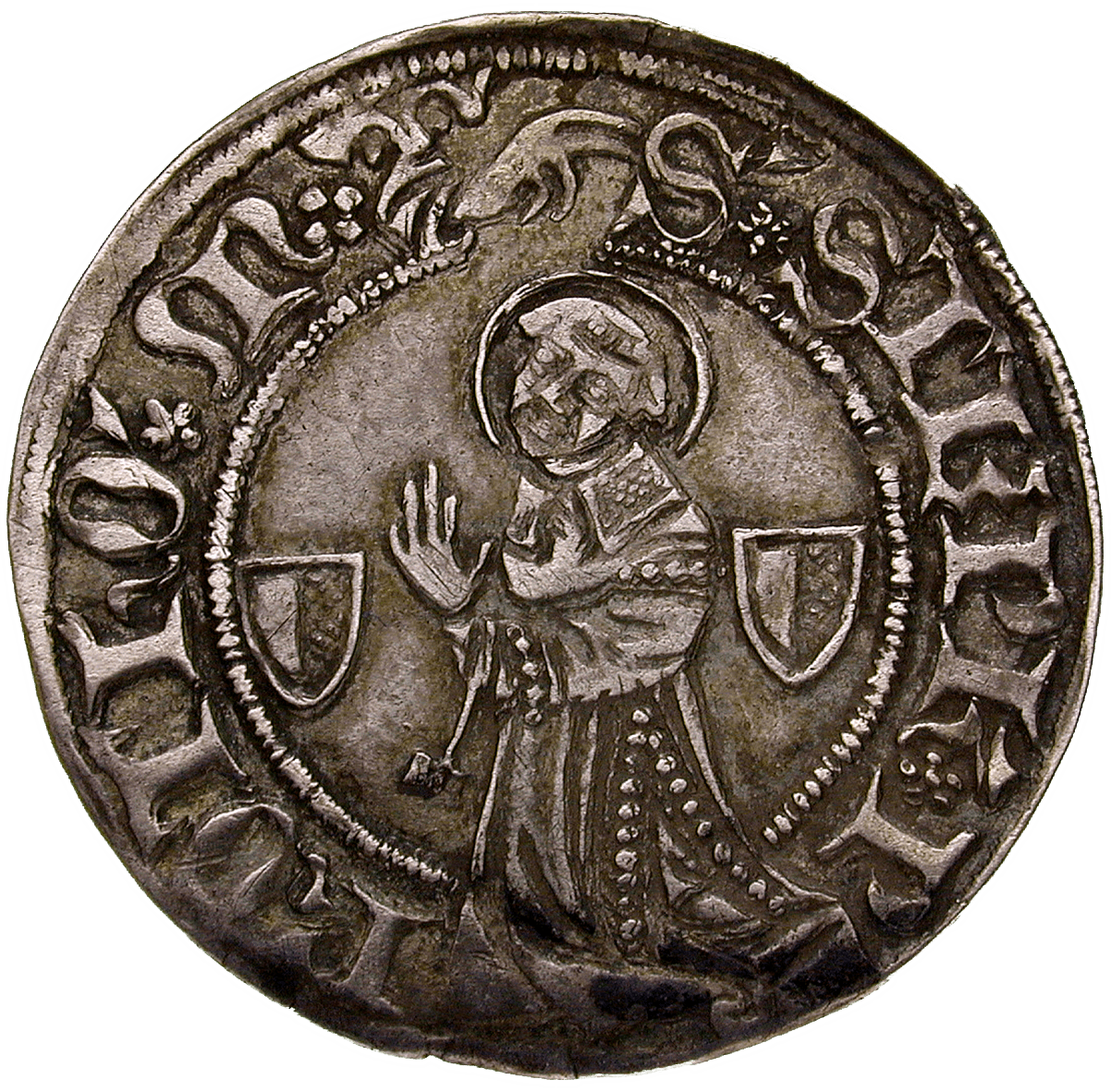 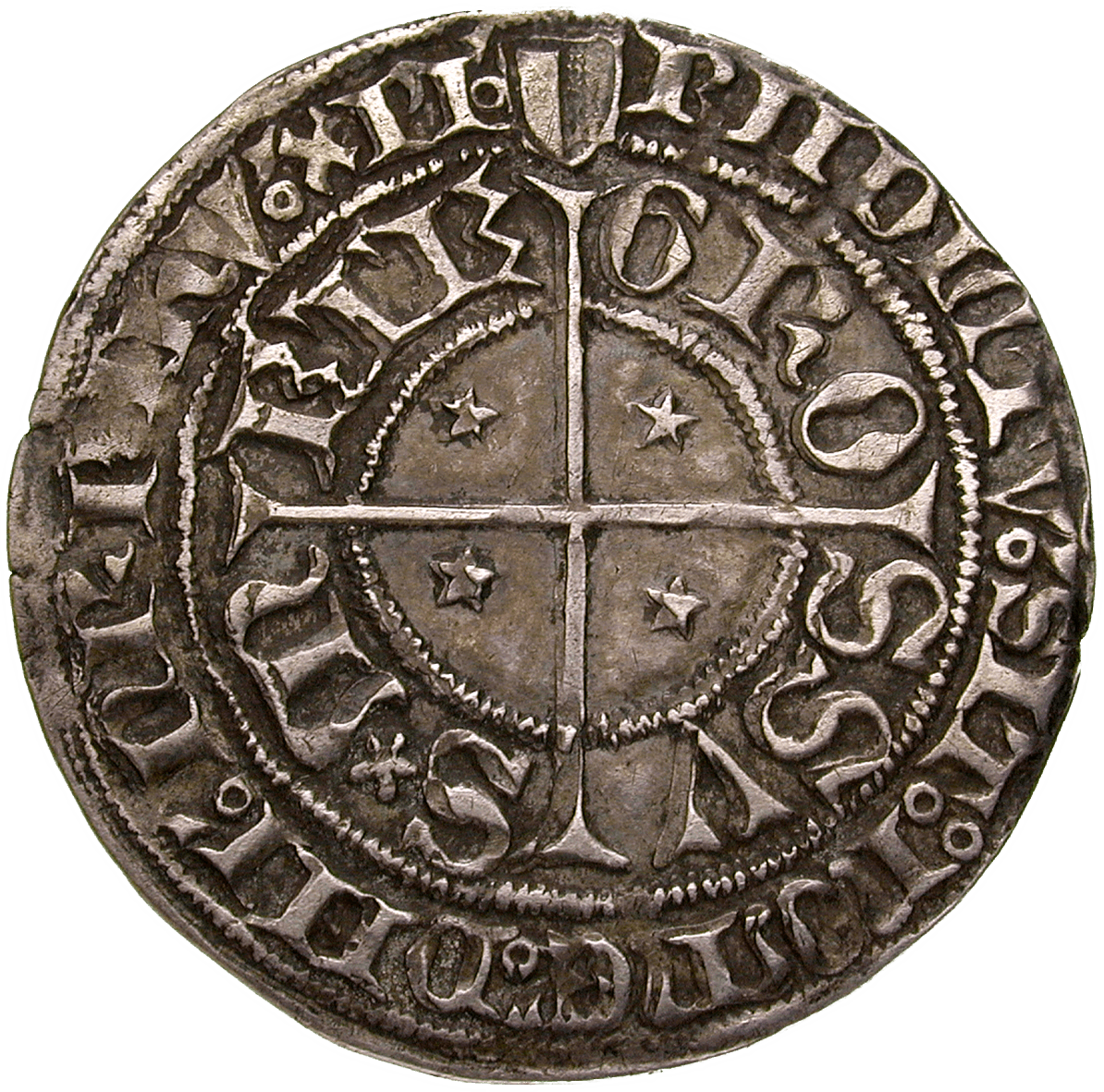 Like many other rich coin authorities Metz minted the gros tournois in the 14th and 15th centuries. This coin had been introduced in 1266 by the French king Louis IX in Tours. Groats of Tour, or tournoses, as they were called in German, soon became popular trading coins. Before the end of the 13th century they were copied in Lorraine and the Netherlands. The obverse of this coin bears Saint Stephen, the patron of St. Etienne's Cathedral in Metz.