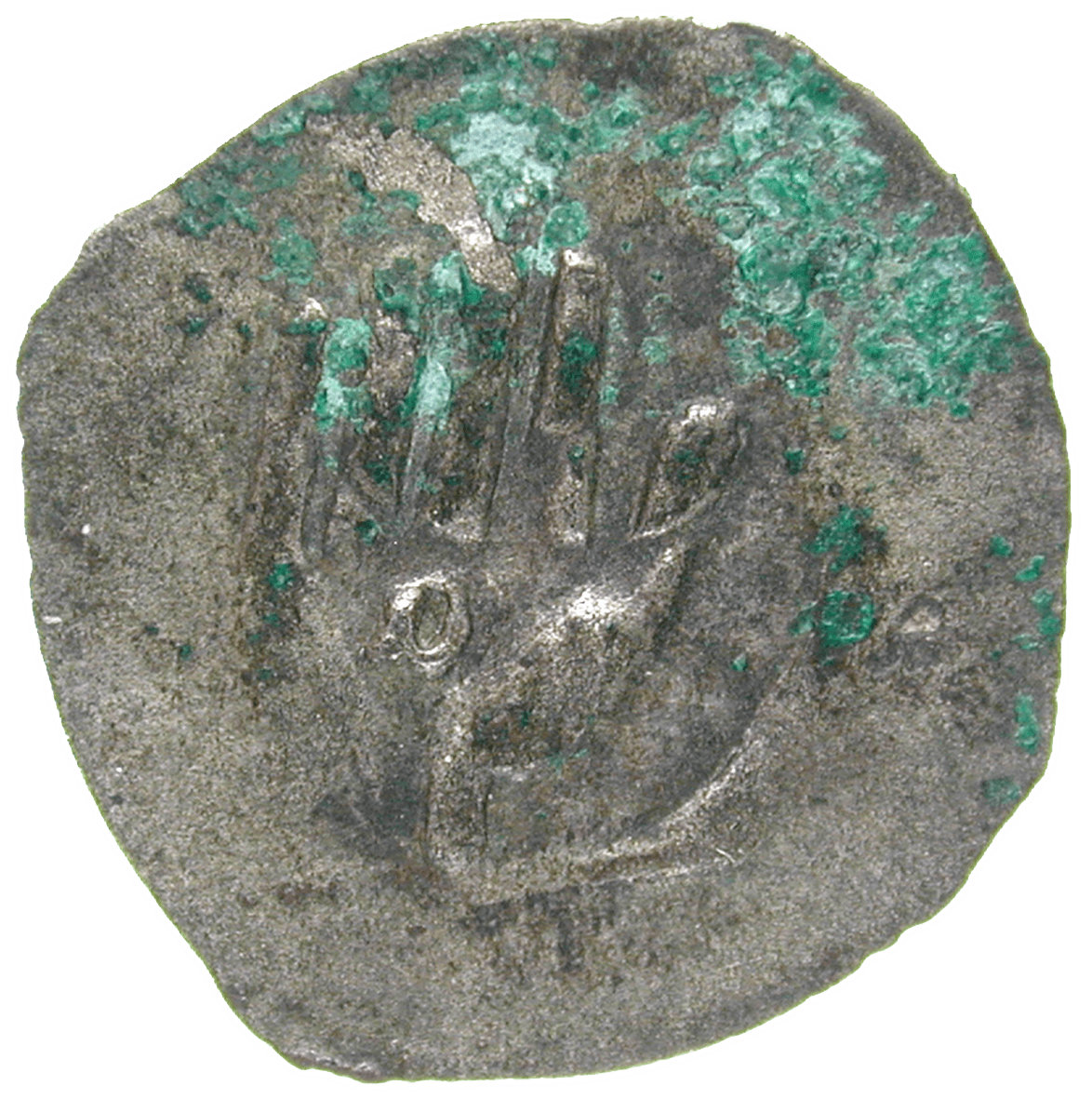 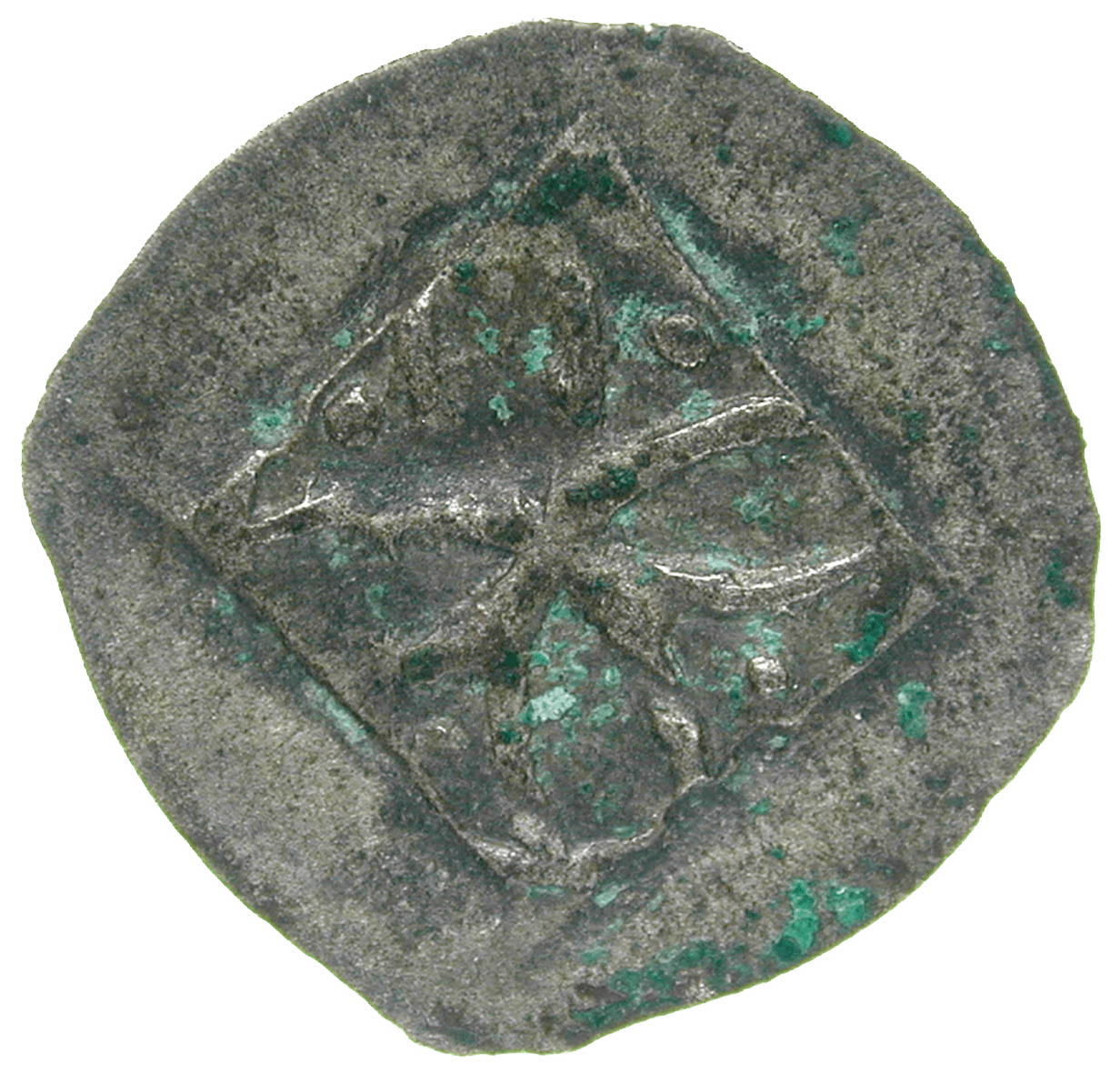 Heller (or haller) was originally the name given to the pfennigs struck in the imperial mint of Hall in Swabia. Hellers were introduced around 1200. They bore a split cross on one face and the palm of a hand on the other, this being the reason for their nickname "händleinheller" (from German "Händlein," "little hand"). Whether the hand had a religious significance or was the symbol for market rights is impossible to say. The heller greatly influenced the coinage history of the German lands: In the course of the 13th century, they began to spread throughout southwestern Germany, and to replace local, heavier pfennigs. There were various mints striking hellers with the consent of the emperor; they copied the type of Hall, yet had to indicate the coins' origin by a letter or a sign on the palm of the hand. This heller bears the letter D for Dillingen.