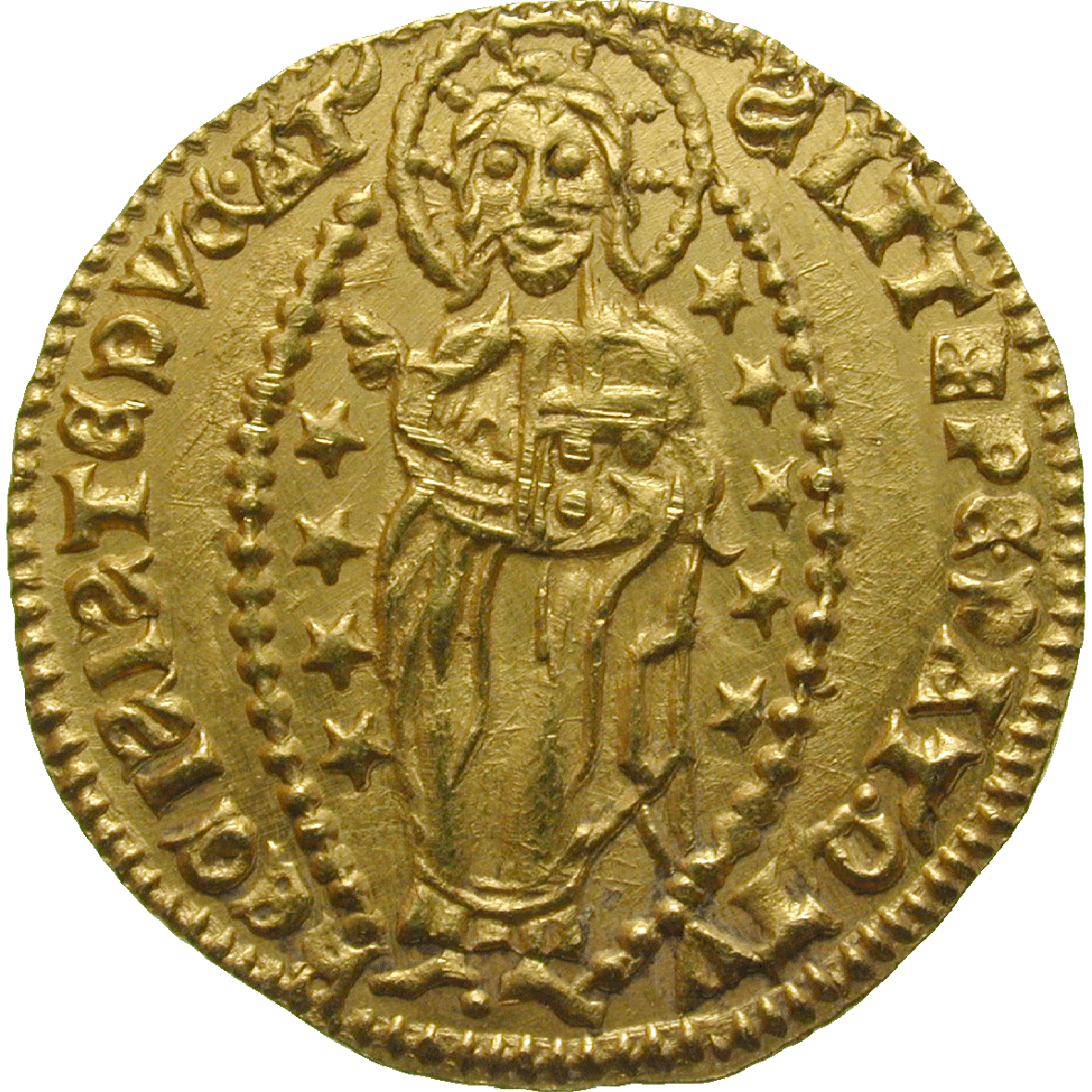 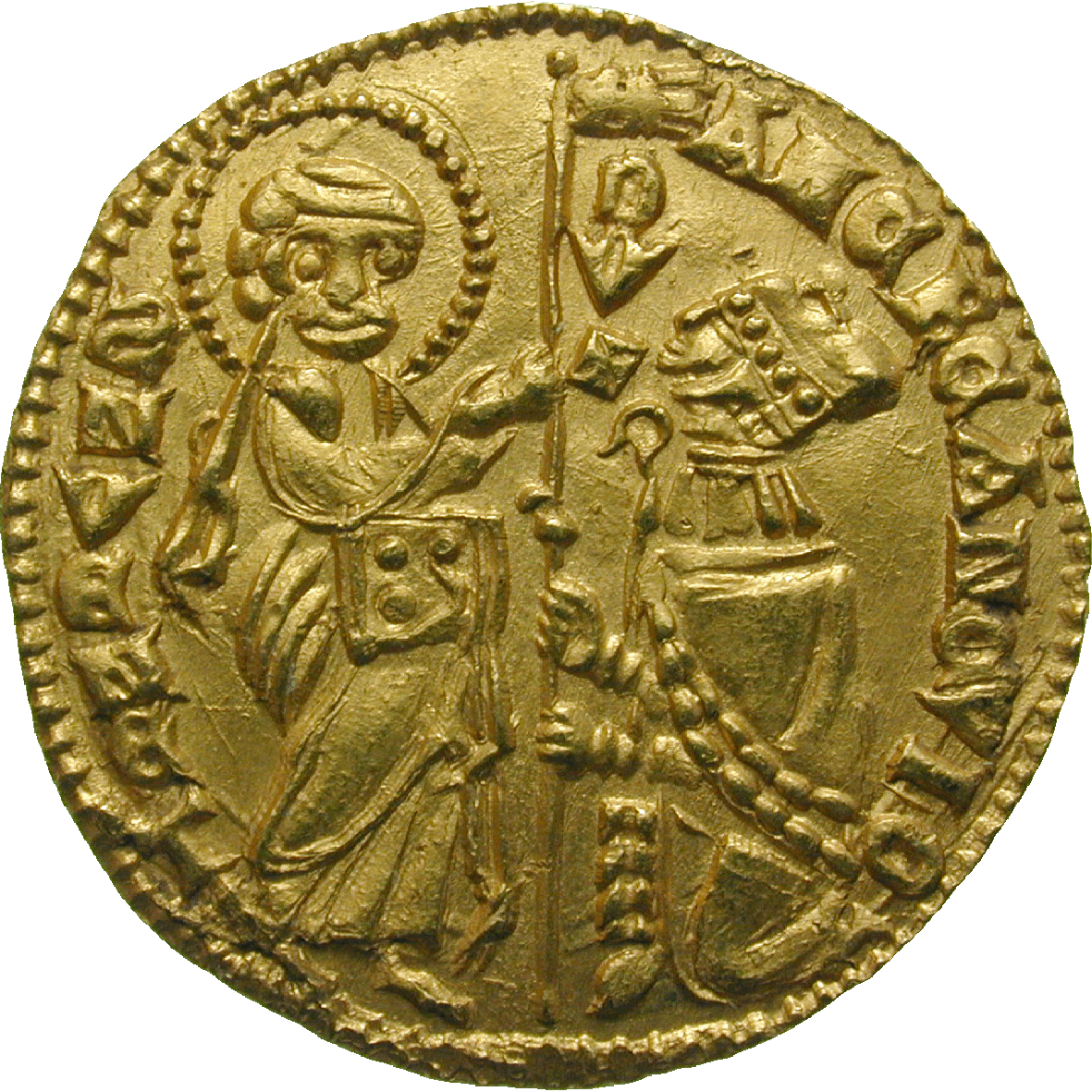 Robert of Taranto from the House of Anjou was still under age when his father died in 1332. The boy therefore followed him in power under the custodianship of his mother Catherine of Valois-Courtenay. When she died in 1346, Robert assumed power in Achaea himself (until 1364). He issued numerous coins copied after foreign archetypes, among them such ducats modeled after Venetian money. Their weight was almost exactly the same as that of the Venetian prototypes, which must have greatly facilitated and boosted trade with the city in the Lagoons.