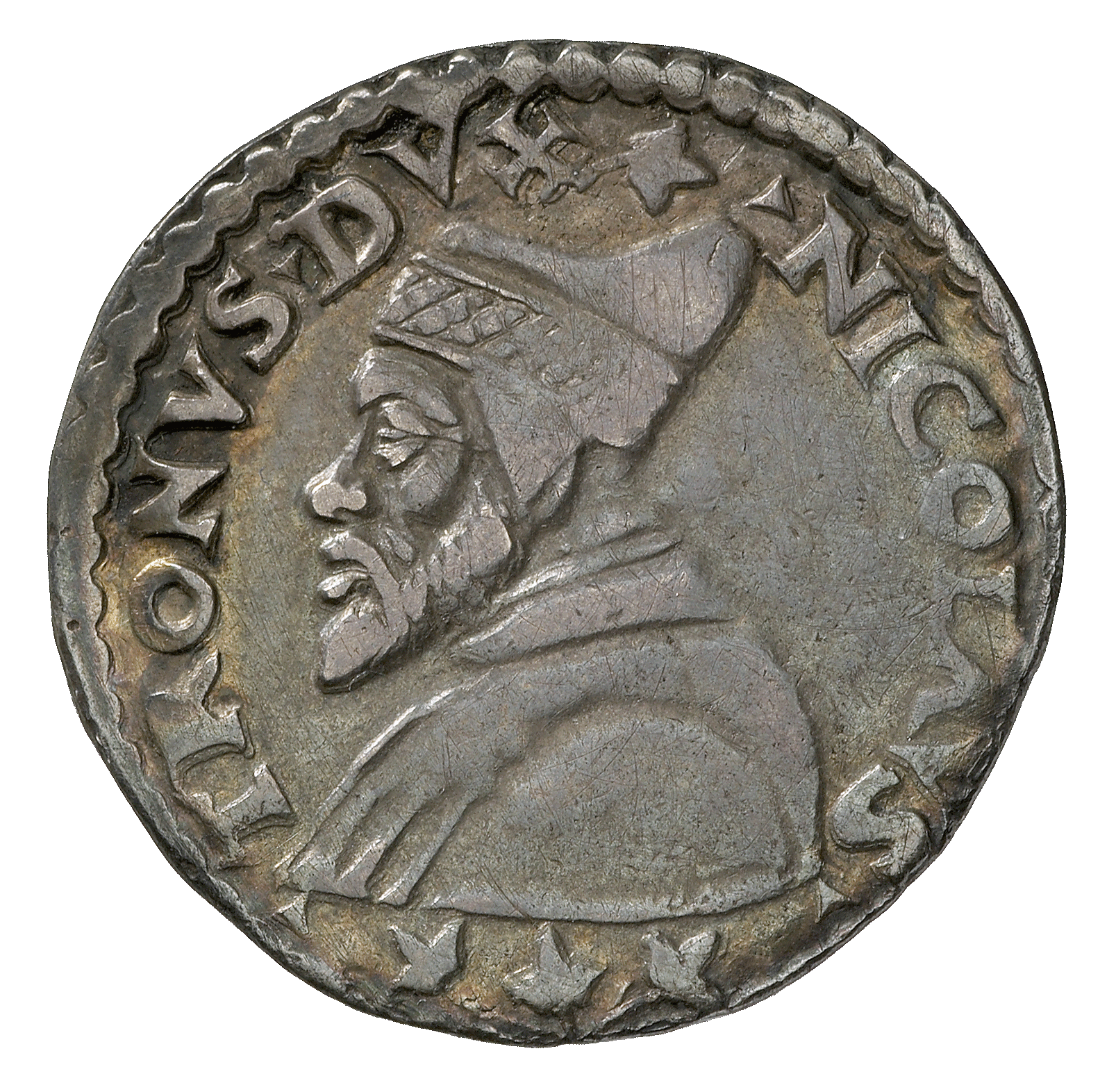 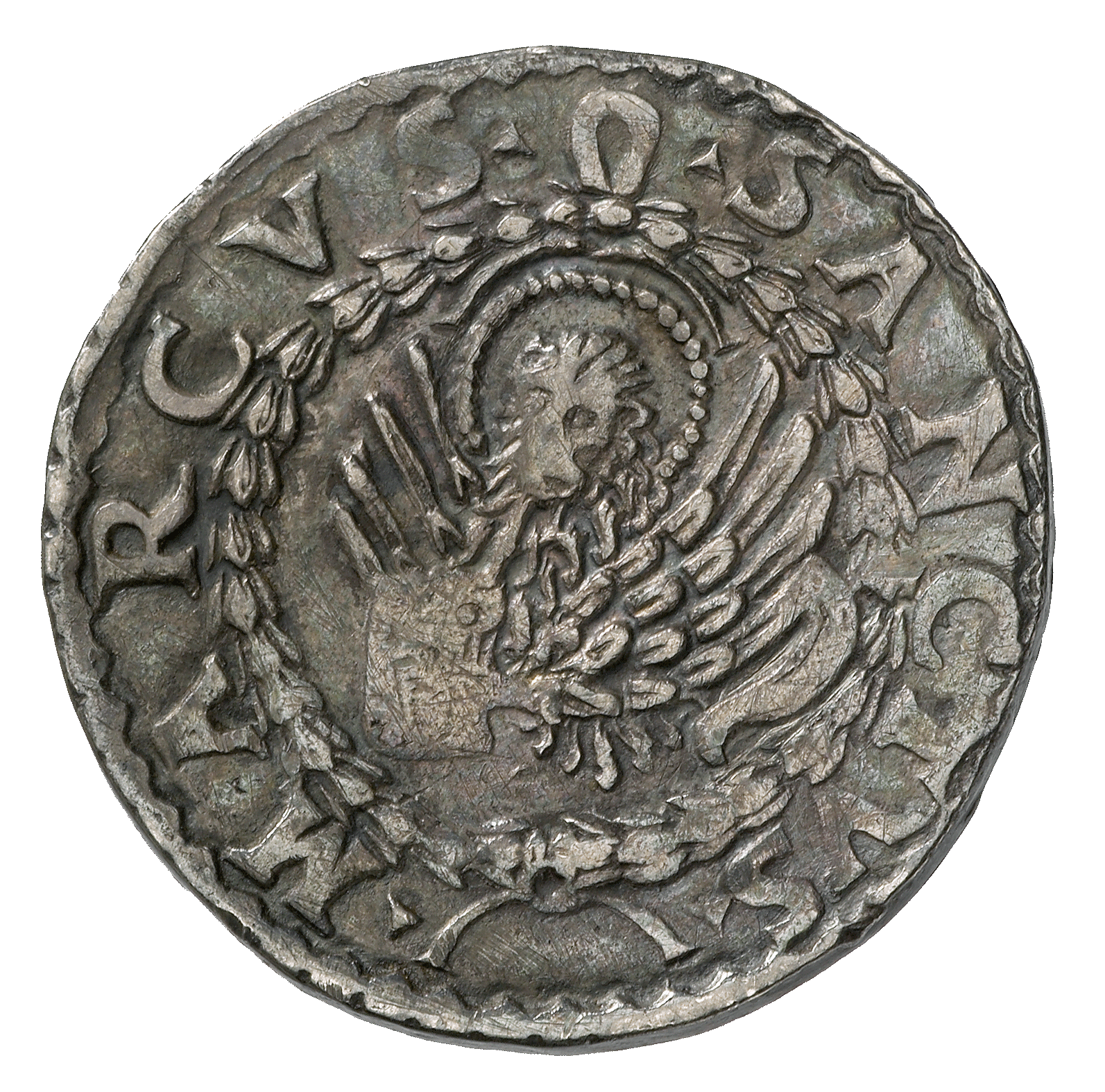 The lira was mentioned in Italy for the first time in 953 as a coin of account. The name derived from the Latin word "libra" for pound. Actually minted was the lira only in 1472 in Venice, however. Its actual name was "lira Tron." The issuer was the Doge Nicolo Tron (1471-1474), and the coin's obverse bore the image of this gentleman. The reverse depicted the Venetian lion. The winged lion, Venice's the heraldic animal, was the symbol of Mark the Evangelist and stood for the resurrection and the overcoming of death: people believed that lions slept with their eyes open and could revive their stillborn young by breathing on them. Saint Mark, on the other hand, the author of one of the Canonical Gospels, had been bishop of Alexandria and in 68 died a martyr's death. Many centuries later his remains were brought to Venice; during the voyage numerous wonders occurred. Hence Saint Mark became the parton saint of Venice.