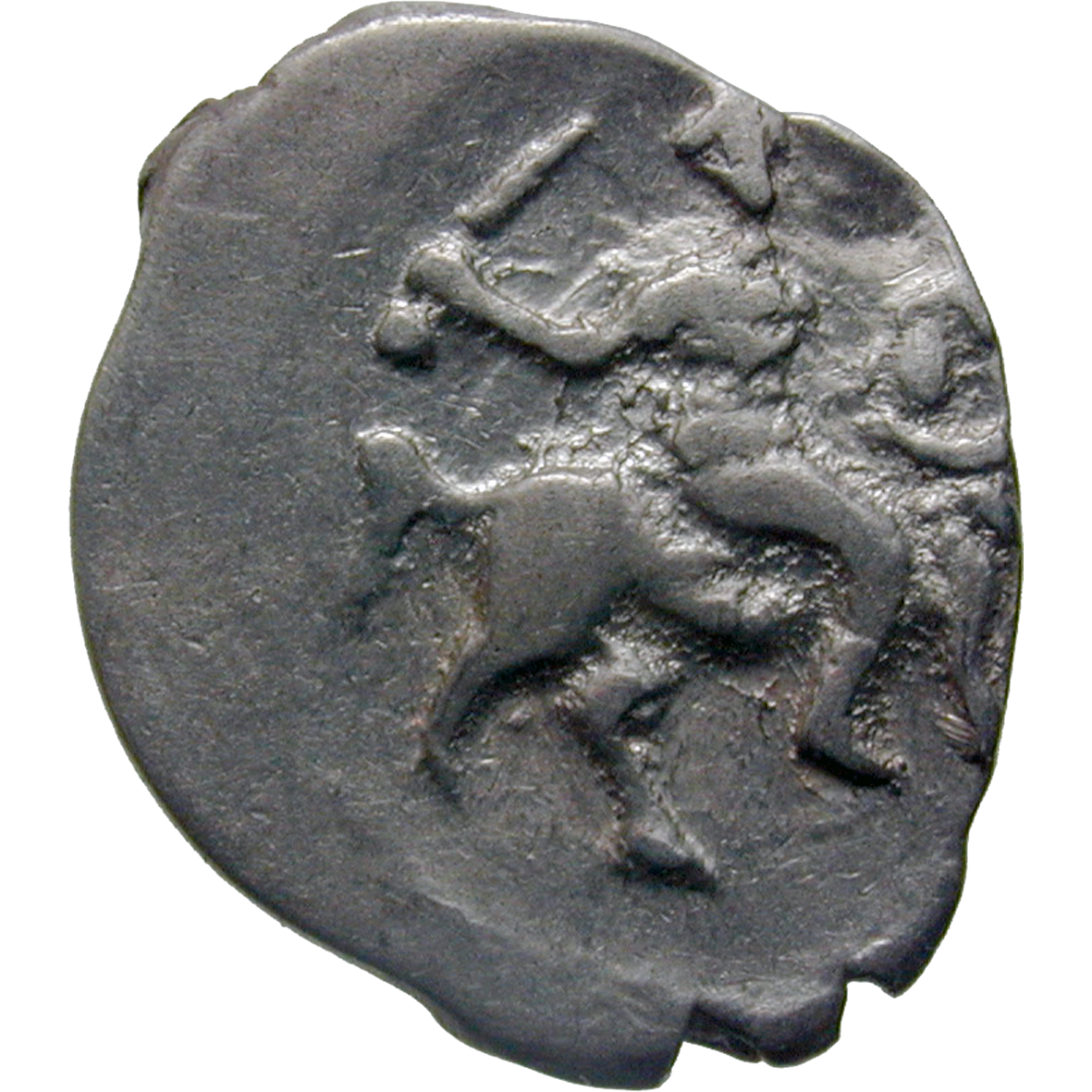 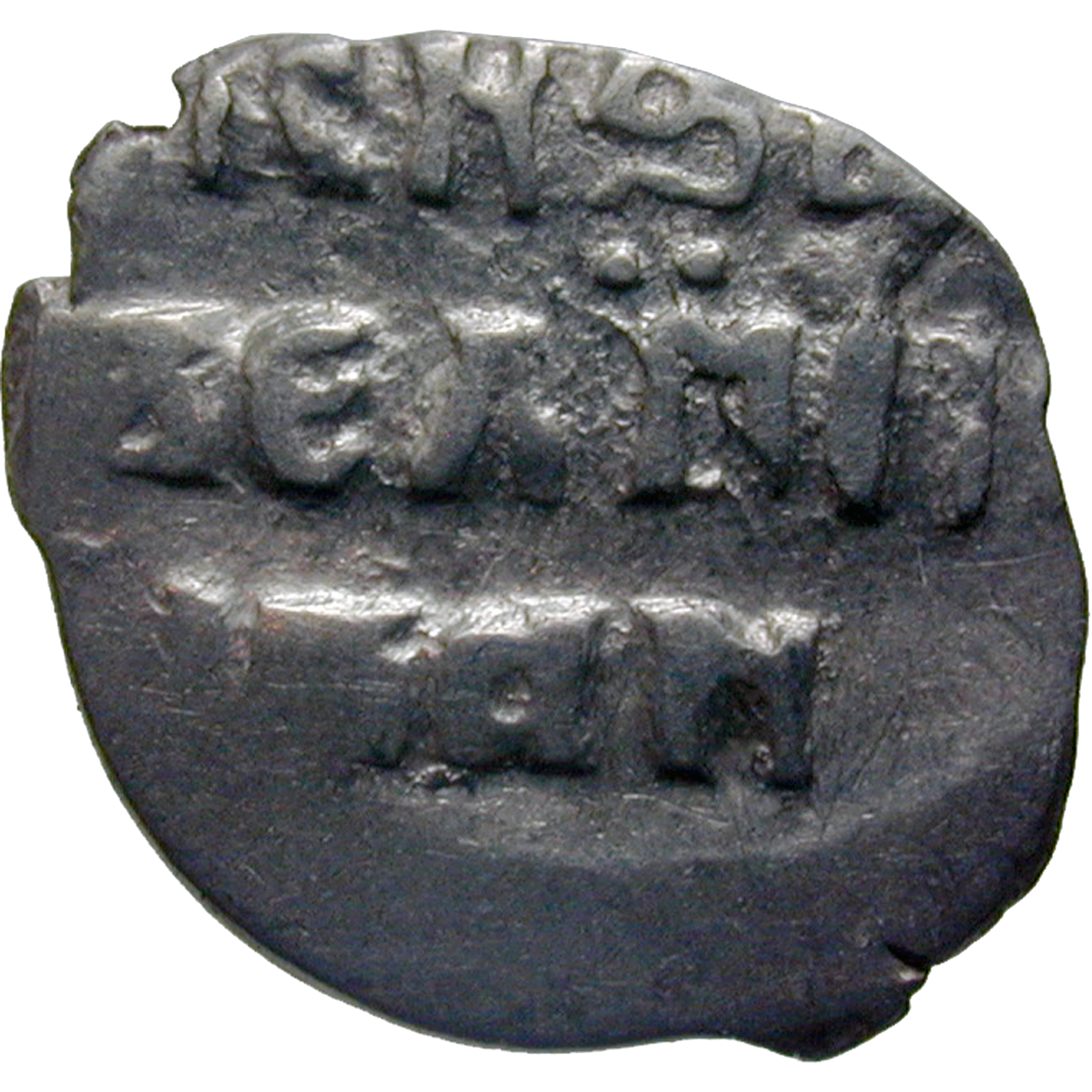 The denga was an old Russian coin. In the 15th century, it was issued in several Russian duchies. It was minted on simple coin blanks made from silver wire. Initially, the dengi showed various coin images. From the 15th century, however, they always depicted the grand duke on horseback, swinging a blade. The reverse showed inscriptions on four lines. Due to the irregular shape of the coin blank, the image was often too large for the coin, and the inscriptions are generally not fully legible.