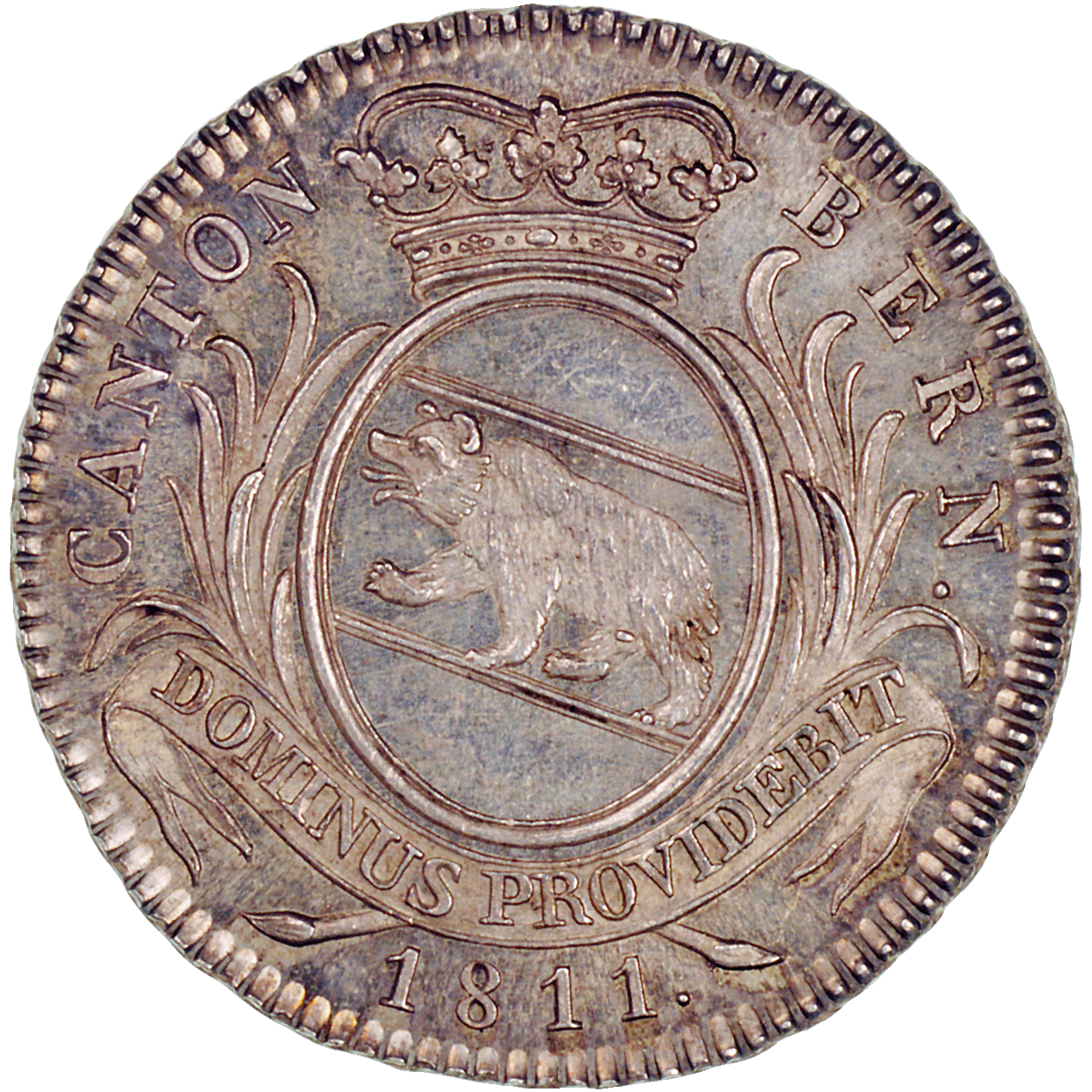 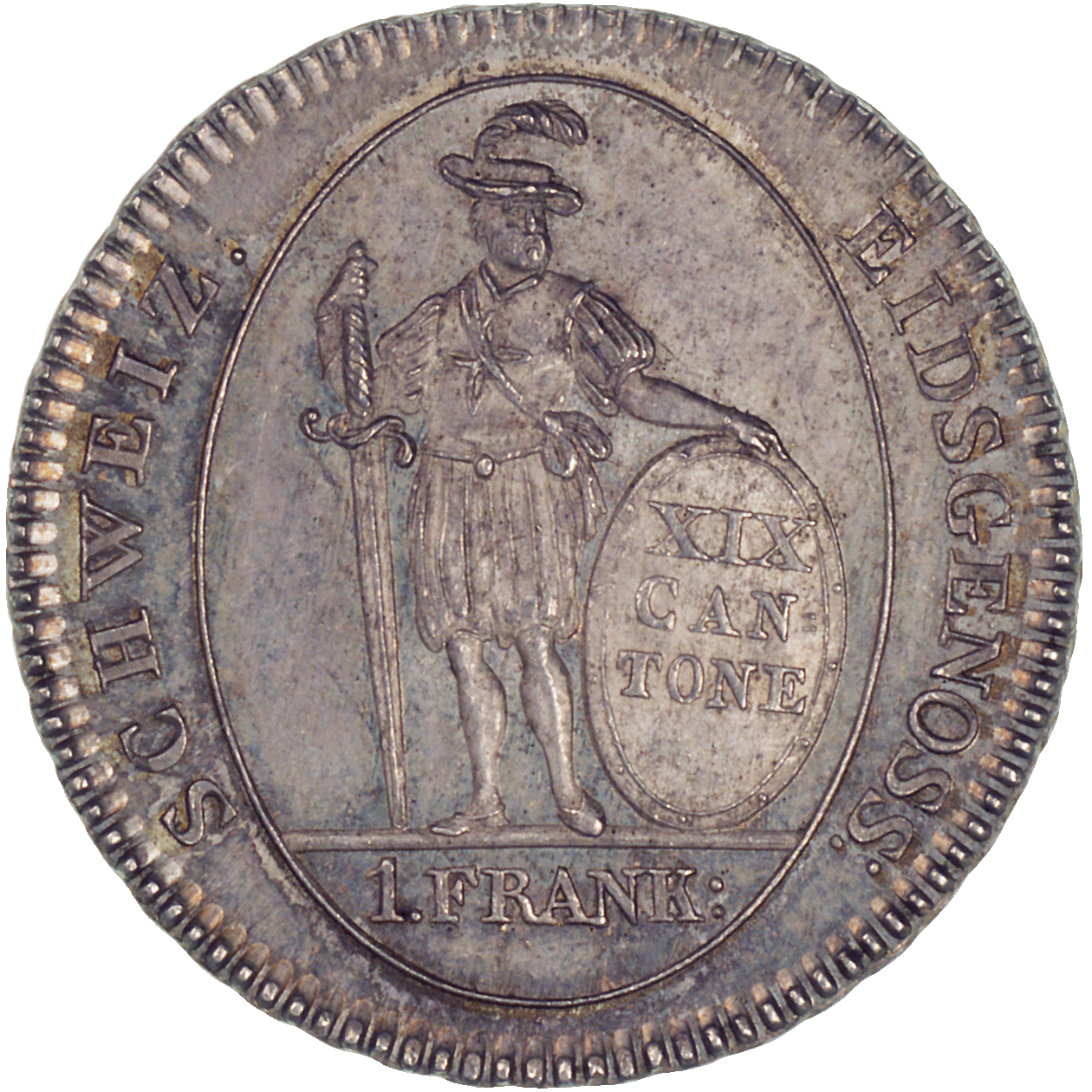 From 1798 to 1815, Switzerland was a vassal state of France. Napoleon Bonaparte declared the Helvetic Republic, centralized the chaotic monetary system of Switzerland, and introduced a new currency modeled after the French decimal system; the new Helvetic currency was divided into francs, batzen and rappen.

In 1803 Napoleon withdrew the Helvetic Republic and instead issued the Act of Mediation. With this the Swiss cantons regained their minting prerogatives. At the same time, they were to observe the coin standard of the new Swiss franc worth 1.5 French francs. One face of the coin was to show the coat of arms of the respective canton, the other a standing warrior and the inscription XIX CANTONE.

This is the first such franc piece of that kind, minted in Berne in 1811.