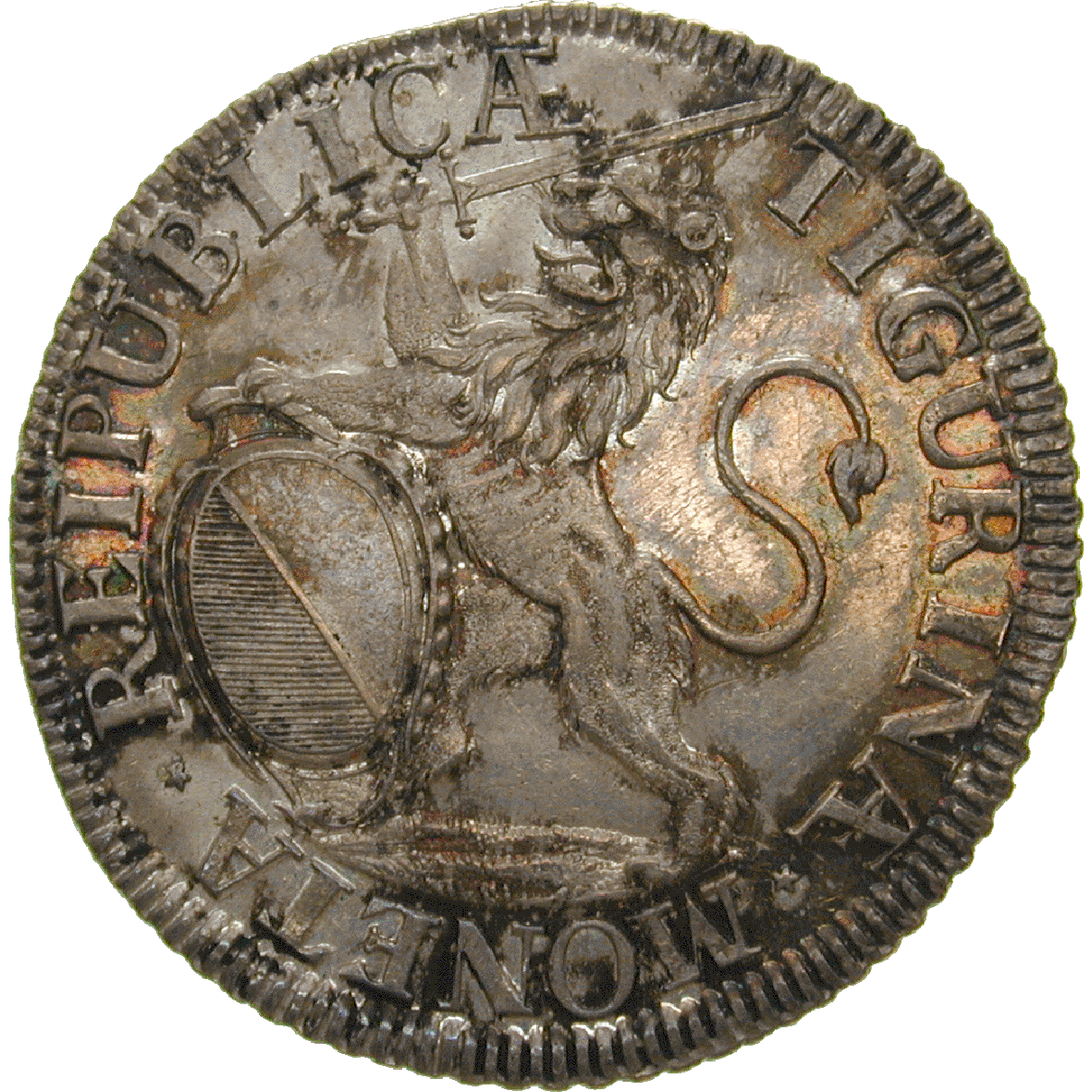 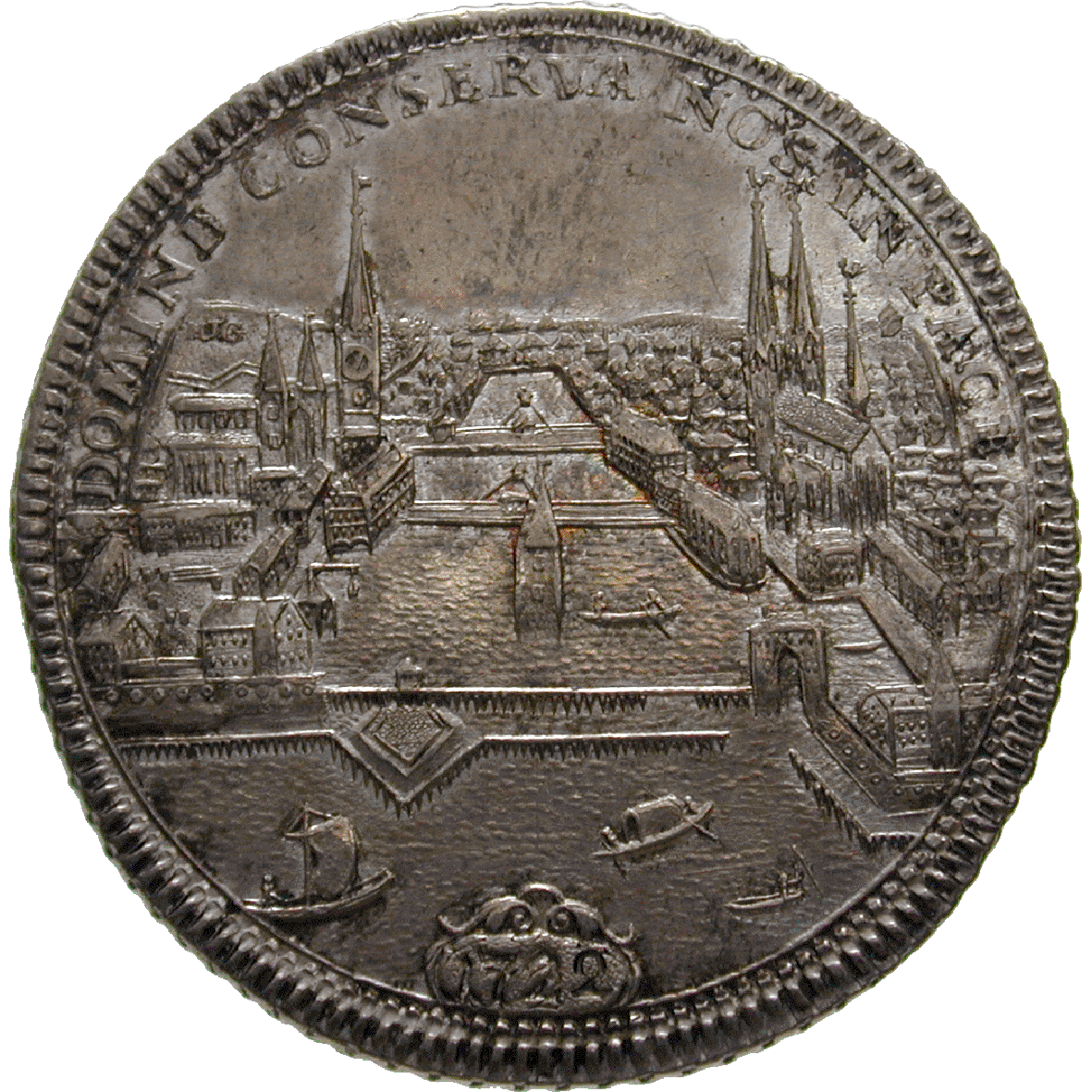 The talers with the city views convey Zurich's urban development from 1651 to 1790, because this was the period during wich such talers were minted. This coin dates from 1722; it is signed with the letters HIG. The signature is scarcely visible on the left of the church towers. It is the mark of the Zurich engraver Hans Jakob Gessner.

The obverse of the taler depicts a lion with a sword, holding the Zurich coat of arms. The reverse showsthe city from the Lake of Zurich. As yet it remains unclear how Gessner got to this view, for air photography was unknown. Despite of this, the city view is very accurate.