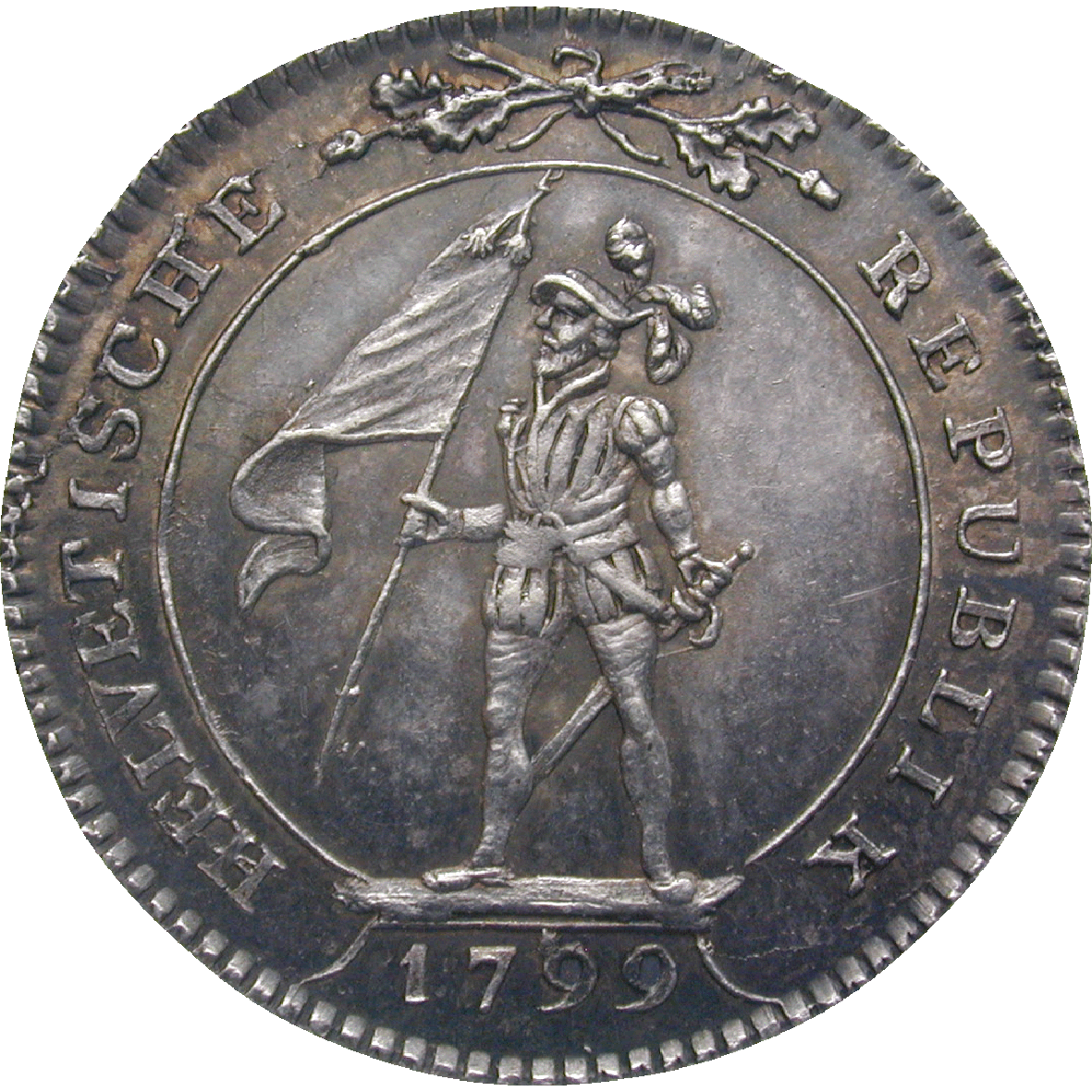 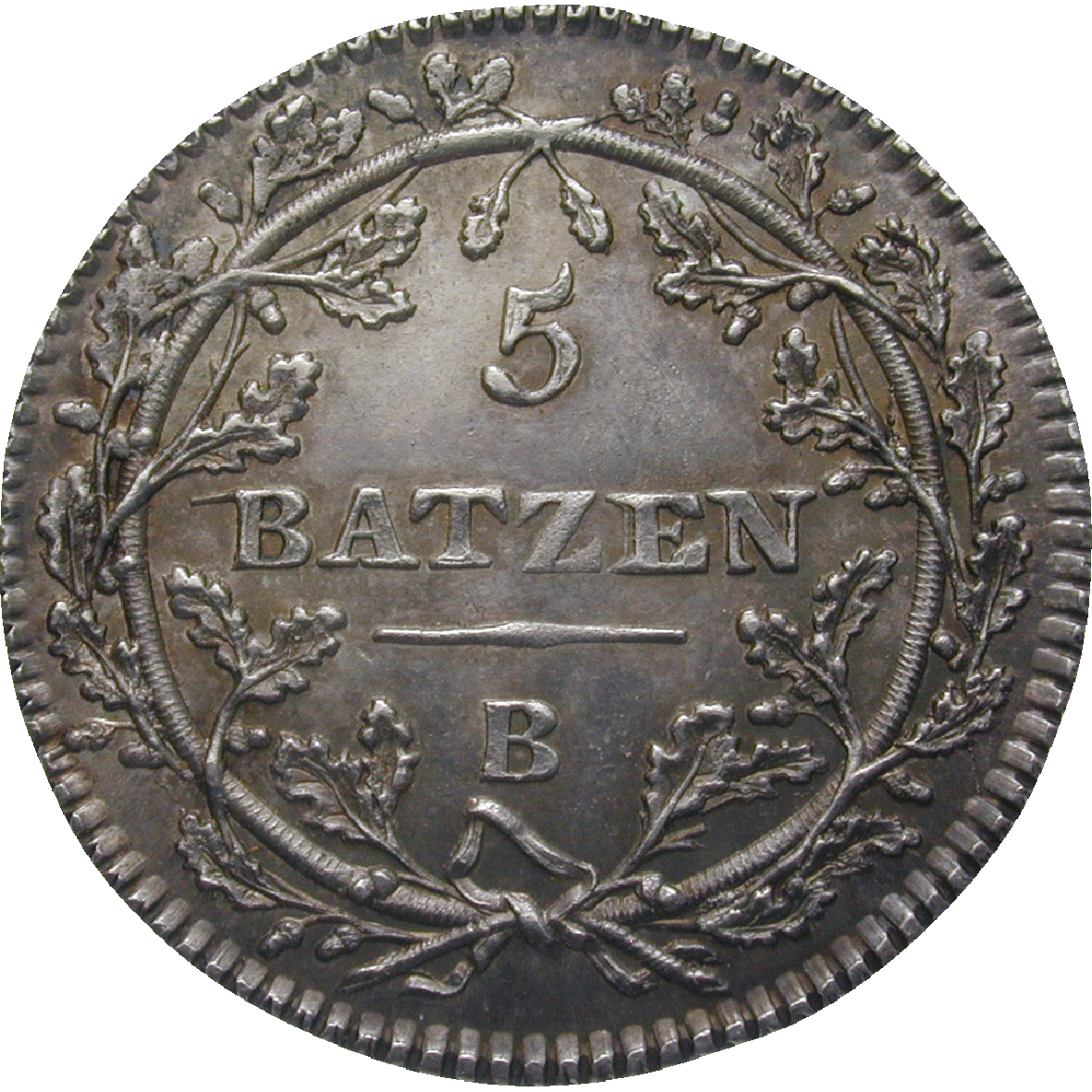 Even simple mercenaries could earn a good living during the golden age of Swiss foreign military service. But in the course of the 18th century, pays decreased substantially. Saving money for the time after their return home became impossible for most mercenaries. The decrease of income led to economic decline and finally to the collapse of the foreign military service. Around the end of the century, the profession of a mercenary had lost its prestige. Nevertheless, the coins of the Helvetic Republic depicted such a soldier in all his glory.