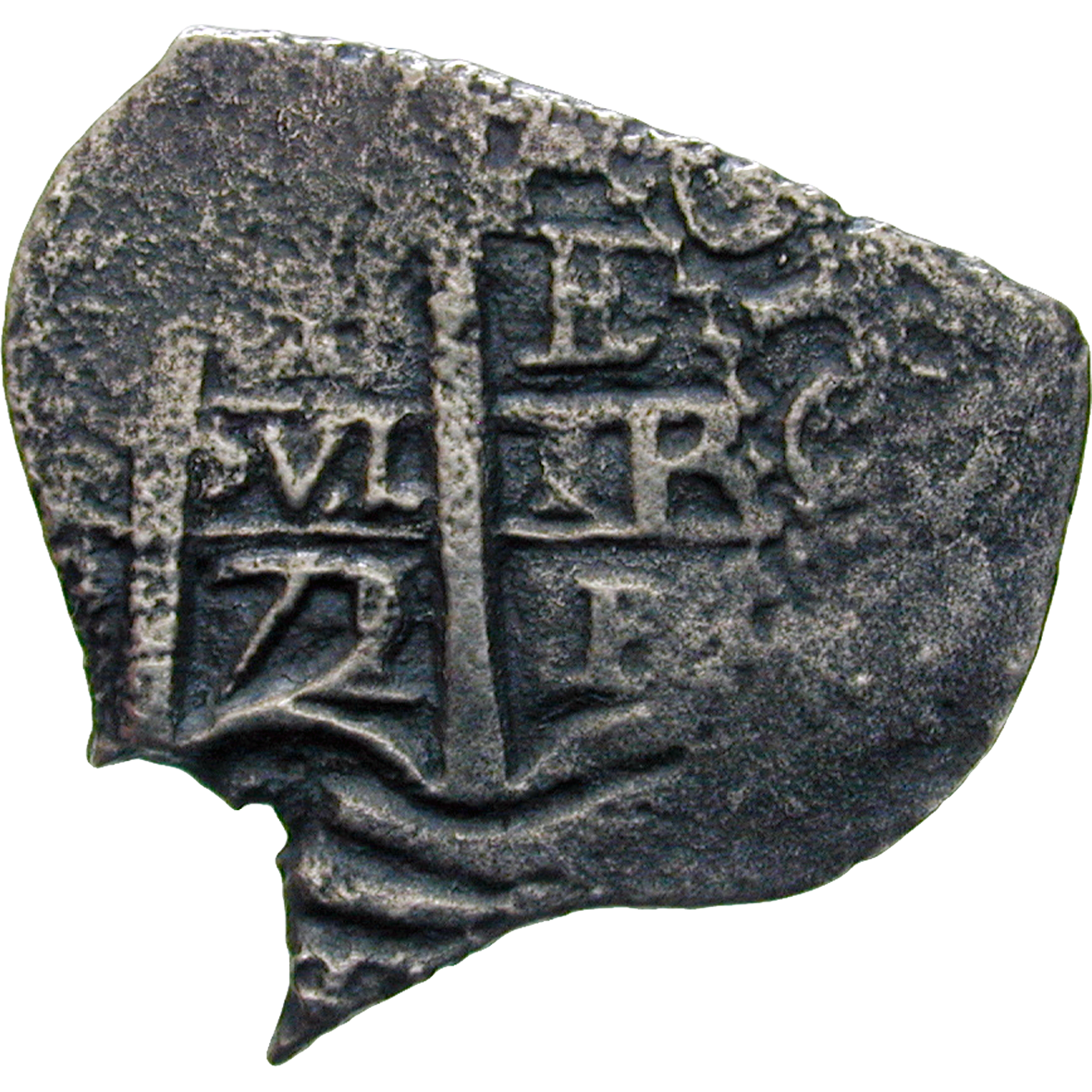 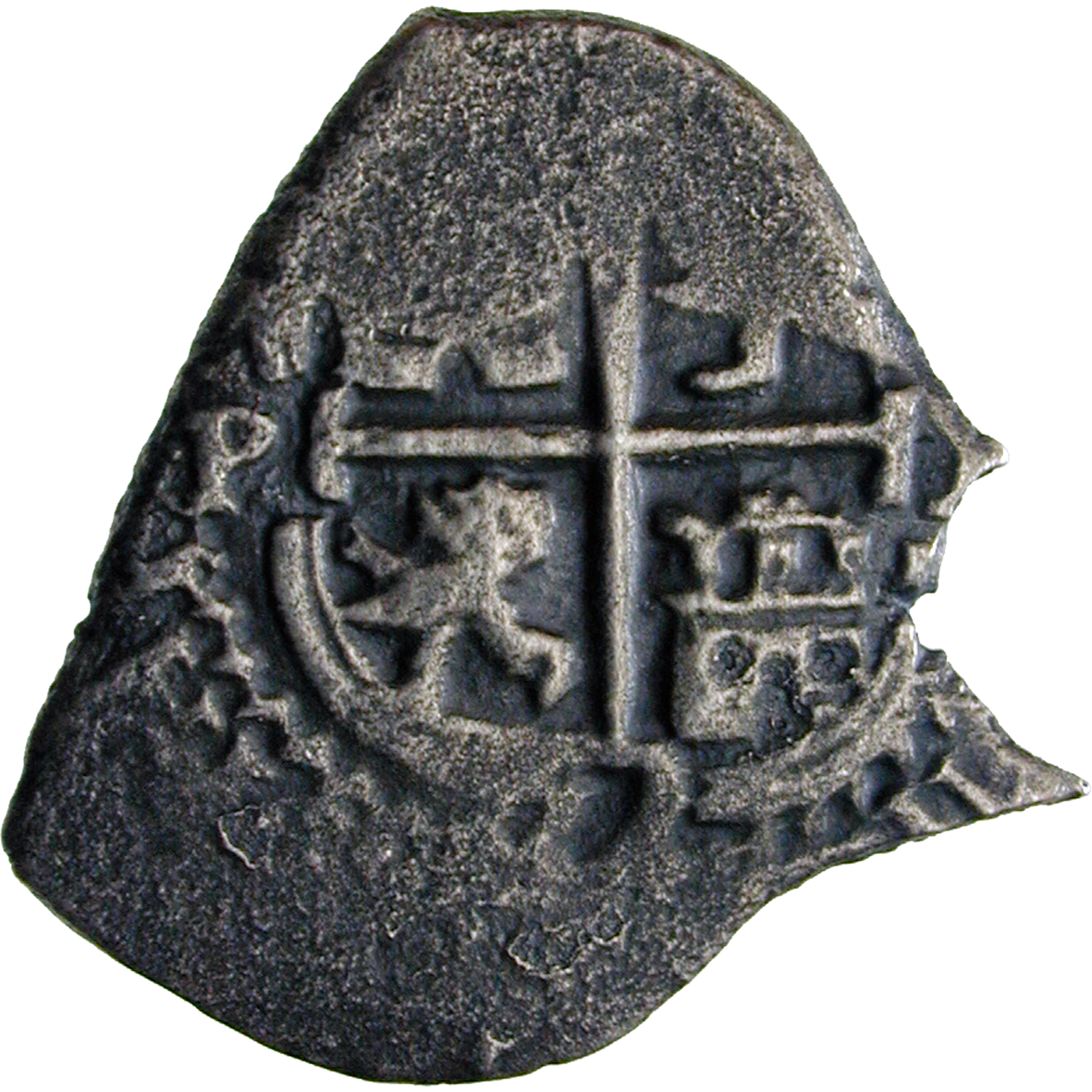 Nominally this coin is a Real de a ocho, better known as peso, the first global currency of all times.

Pesos were popular trade coins in the 17th century. They were especially fancied in China and India; not the actual coins, to be precise, but the silver from which they were made. The pesos were smelted, cast into silver ingots, and stored away.

Because so many pesos disappeared into smelting pots and thus from circulation, new ones had to be produced in large numbers. And who cared what they looked like. They were produced quick and with simple means directly in the silver mines of South America. These crudely struck pesos were called cobs, to distinguish them from the carefully minted pesos struck in Spain.

This cob, furthermore, has its personal history. It originates from the Consolación, a ship of the Spanish fleet that ran aground and sank off the island of Santa Clara in 1681. In the 1990s numerous silver coins were found all of a sudden in that region, and the search for the source eventually led to the wreck. About 8,000 cobs were found onboard the Consolación, and sold in 2001 at auction by Spink in New York. Most of them were in poor condition, but of impeccable provenance.