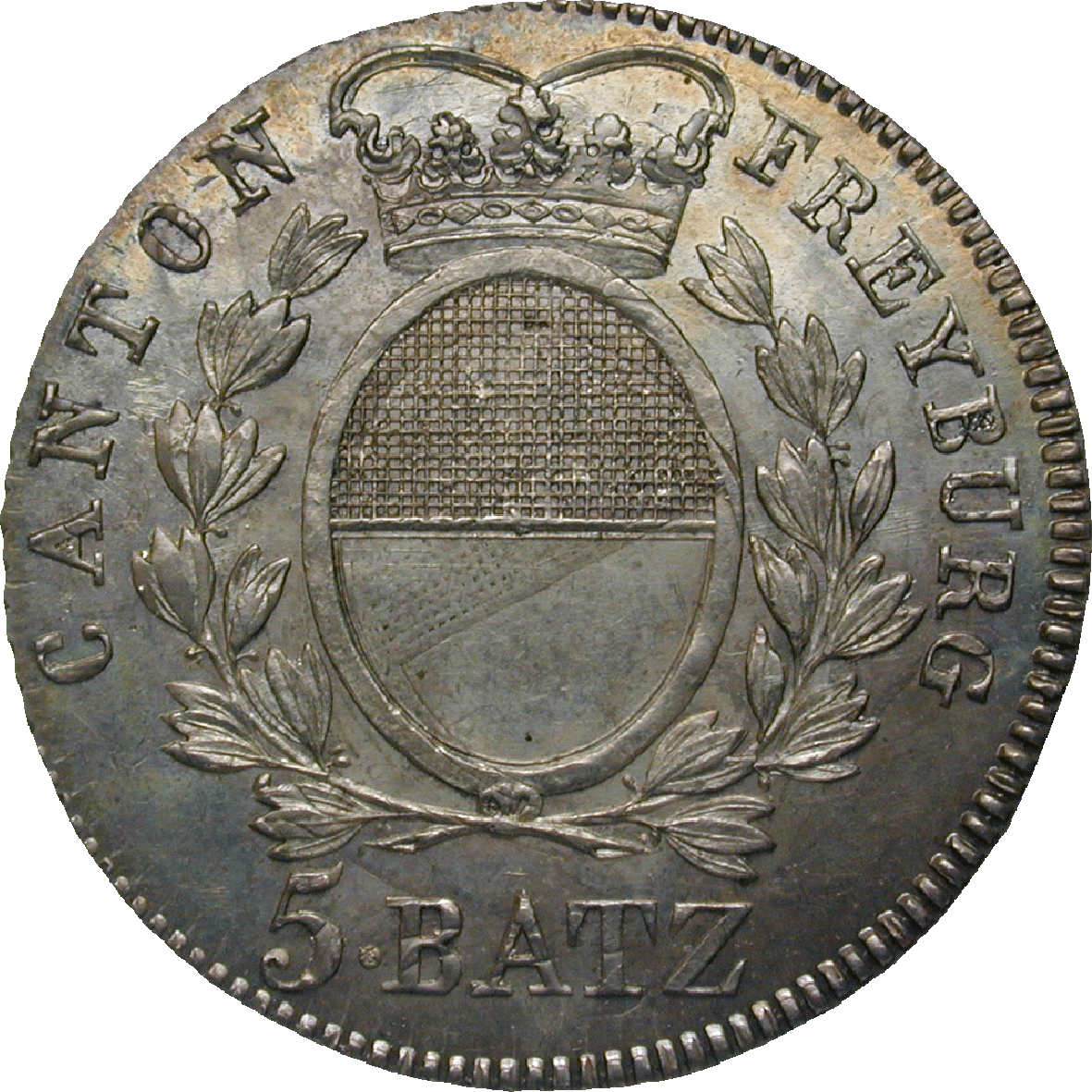 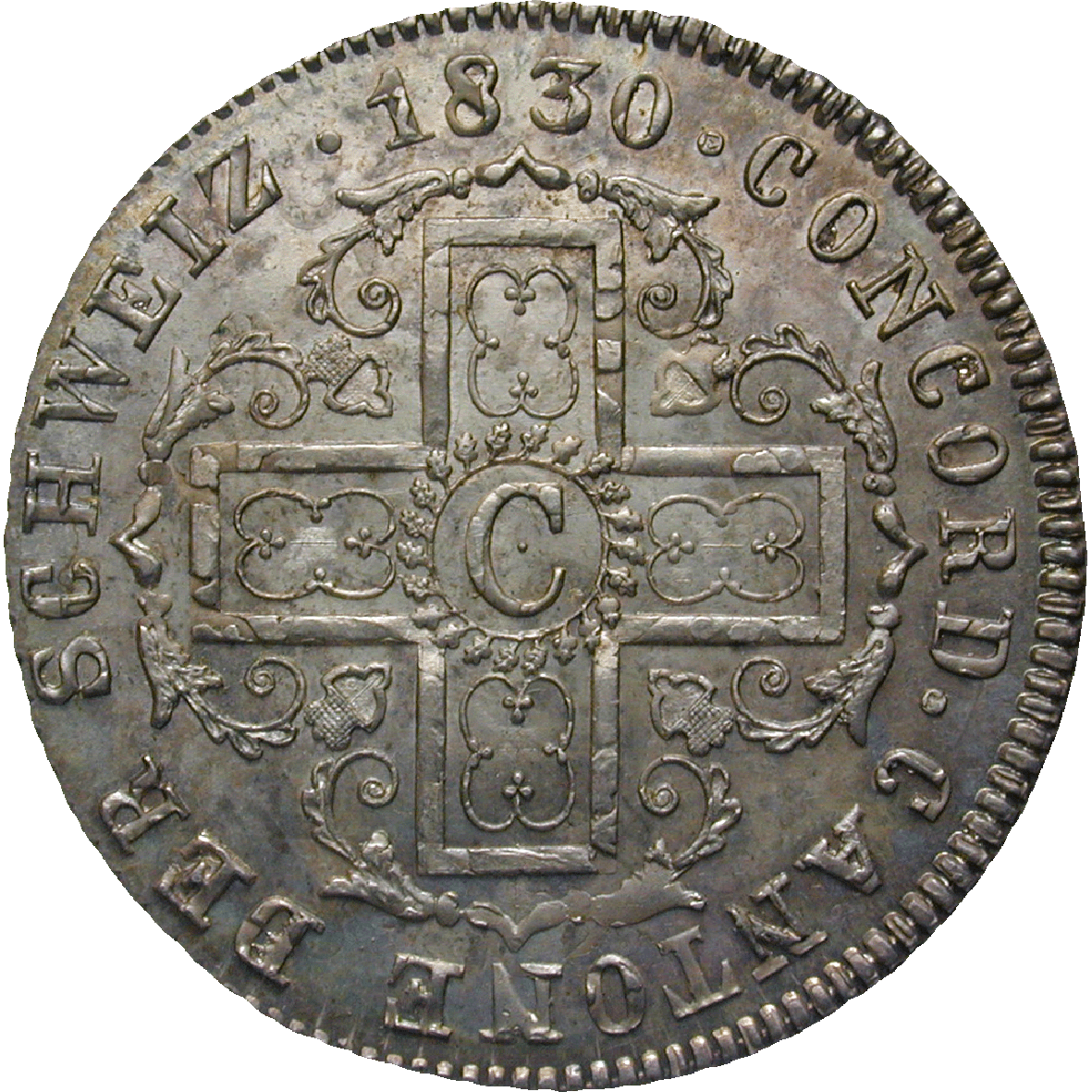 Fribourg minted large denominations of the Swiss franc only in the beginning of the 19th century. Later it occasionally issued small coins of which the majority was French denominations. This changed when Fribourg in 1825 joined a coin concordat with Aargau, Berne, Basle, Solothurn and Vaud. From then on the Fribourg coins were geared after the Swiss franc. They bore, like all concordat coins, on the obverse the coat of arms of the respective canton – in this case the black-and-white crest of Fribourg – and on the reverse a Swiss cross with a "C" for "concordat" in the middle.