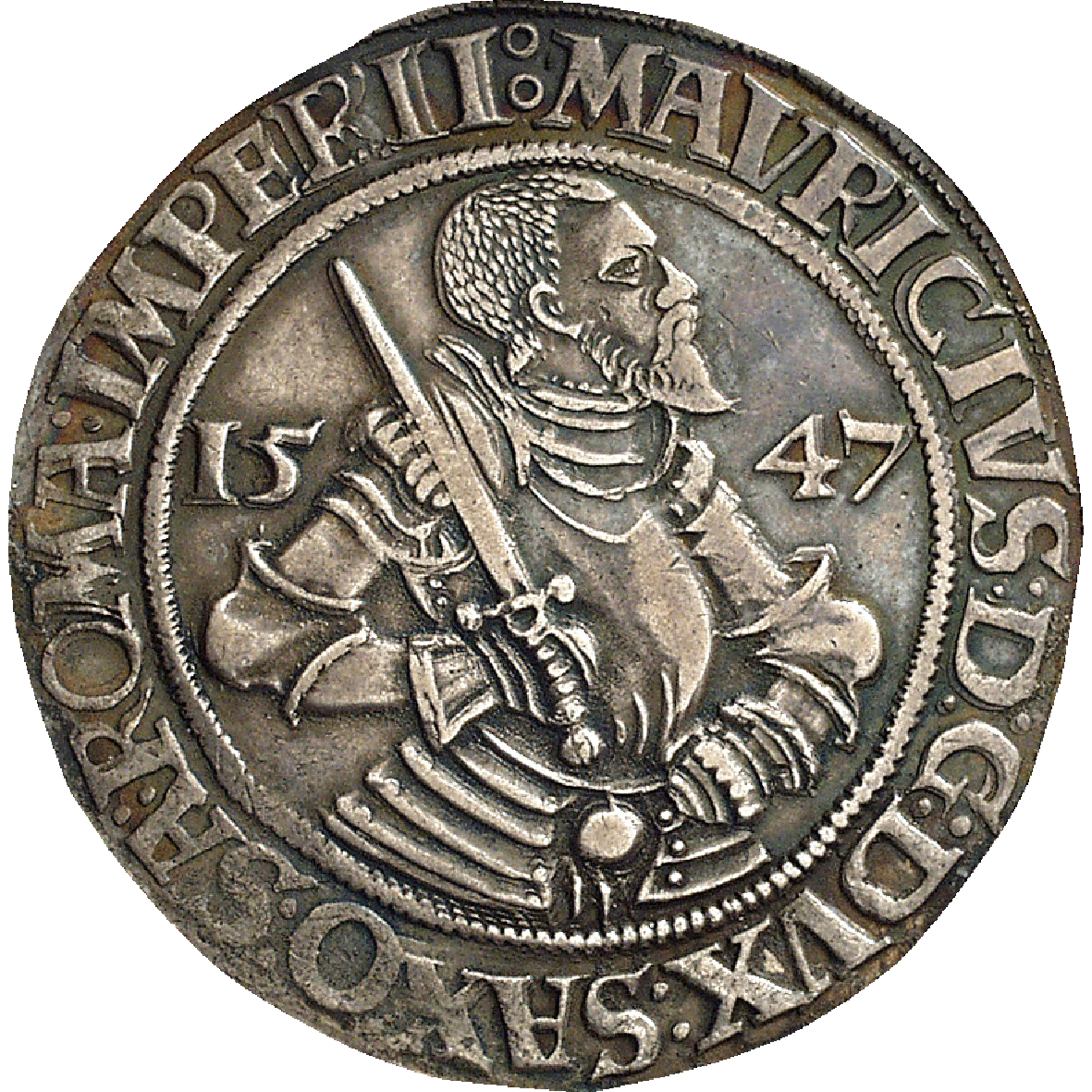 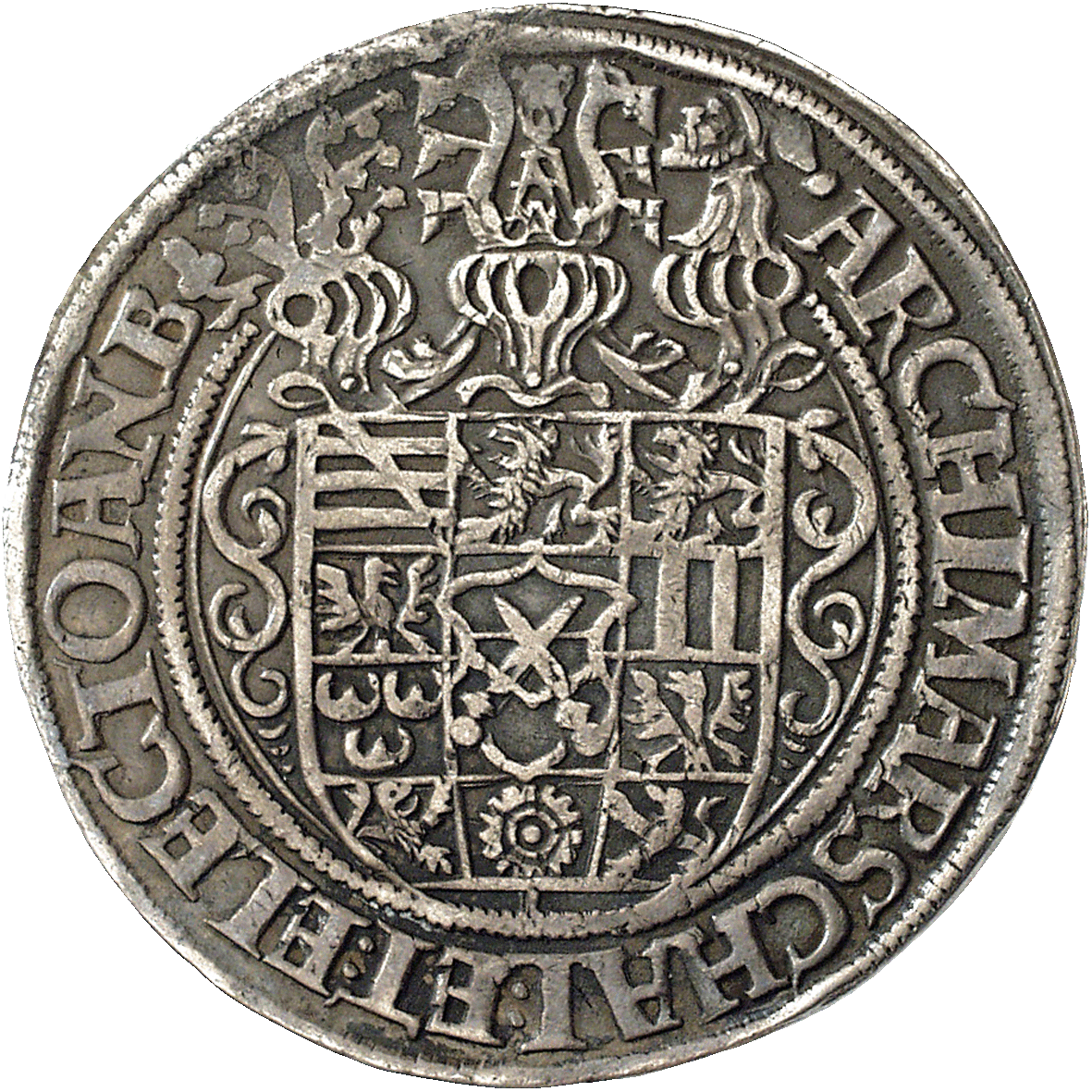 Maurice of Saxony (1541-1553) was raised both on catholic and on protestant courts and was religiously rather indifferent. After his assumption of power he had the catholic possessions in Saxony confiscated, which brought him enormous wealth. Nevertheless Maurice was made elector in 1547. It was the year in which this taler was minted. The obverse depicts Maurice in an armor and with a sword. The inscription is "Maurice by the grace of God duke of Saxony, Holy Roman Empire". The reverse shows an escutcheon assembled from the coats of the Duchy of Saxony, the Margraviate Meissen, the Palatinate Saxony, the Margraviate Landsberg, and the Electoral Duchy of Saxony.