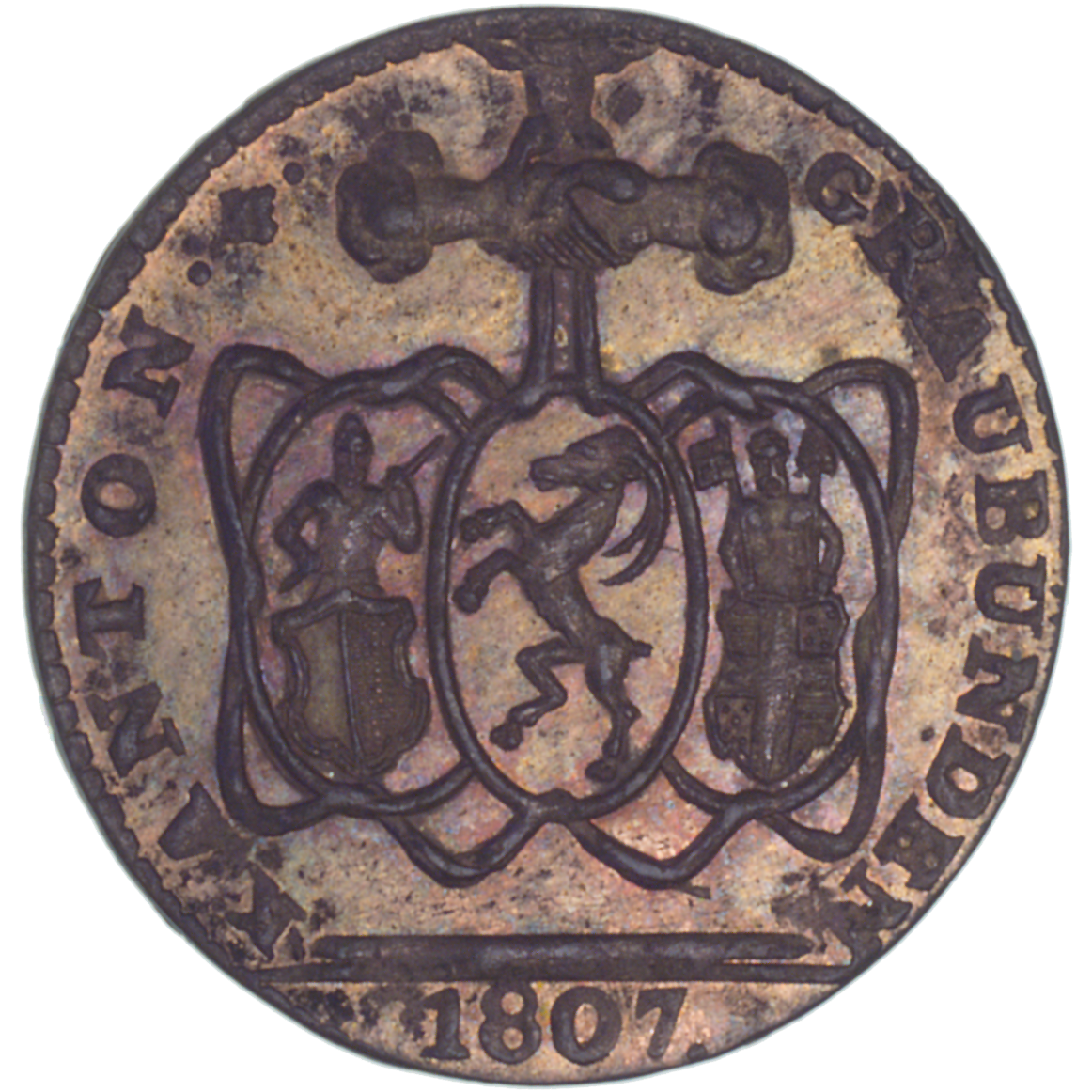 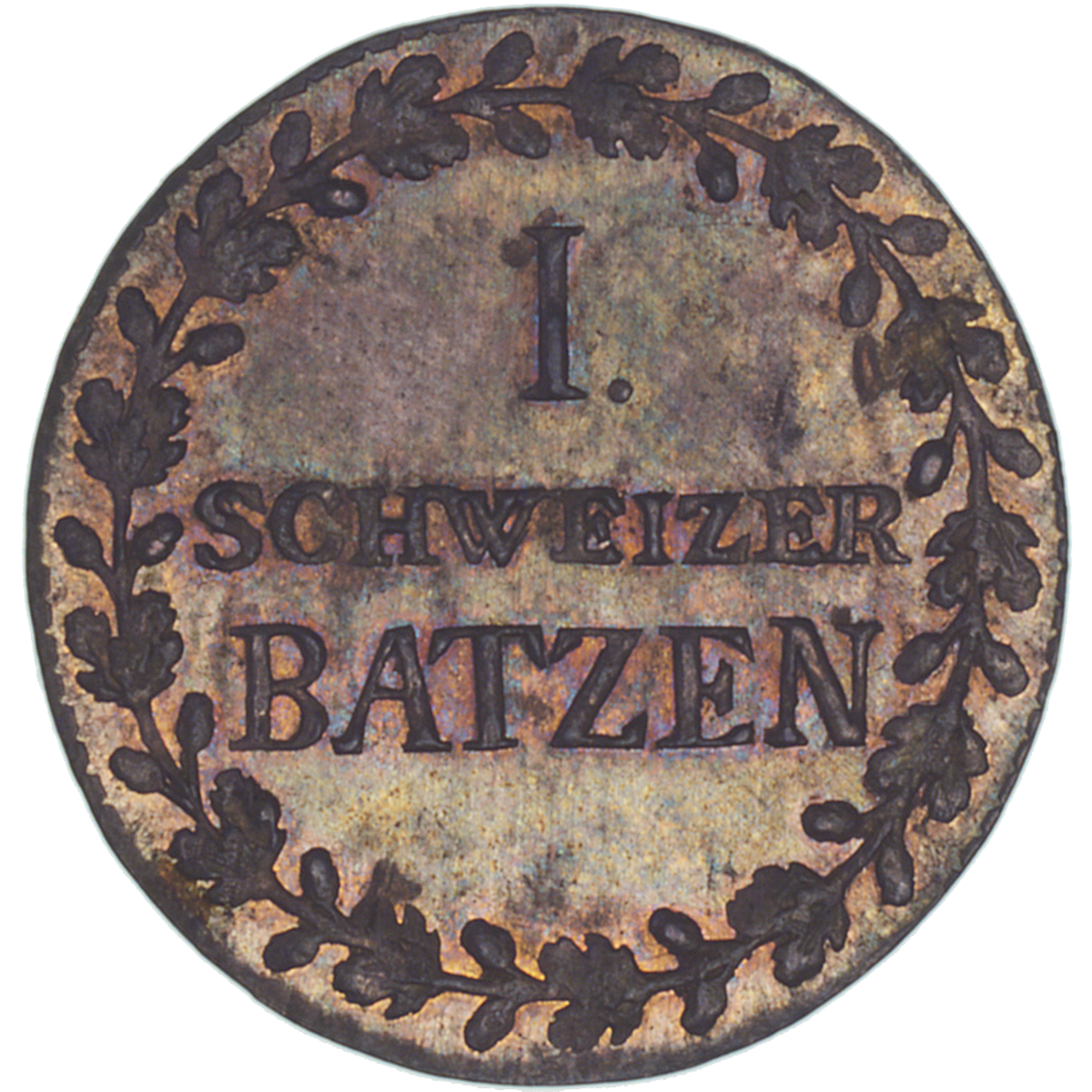 Three hands united in a handshake: truly a self-explanatory image for the three leagues which formed the modern Canton of Grisons. Below the hands appear three coat of arms: In the middle is an ibex, the emblem of Grisons par excellence. The City of Chur had an ibex as an heraldic sign, as did the Bishopric of Chur and the League of the House of God. On the left of the ibex is the split coat of arms of the Grey League, and on the right the crossed crest of the League of the Ten Jurisdictions.