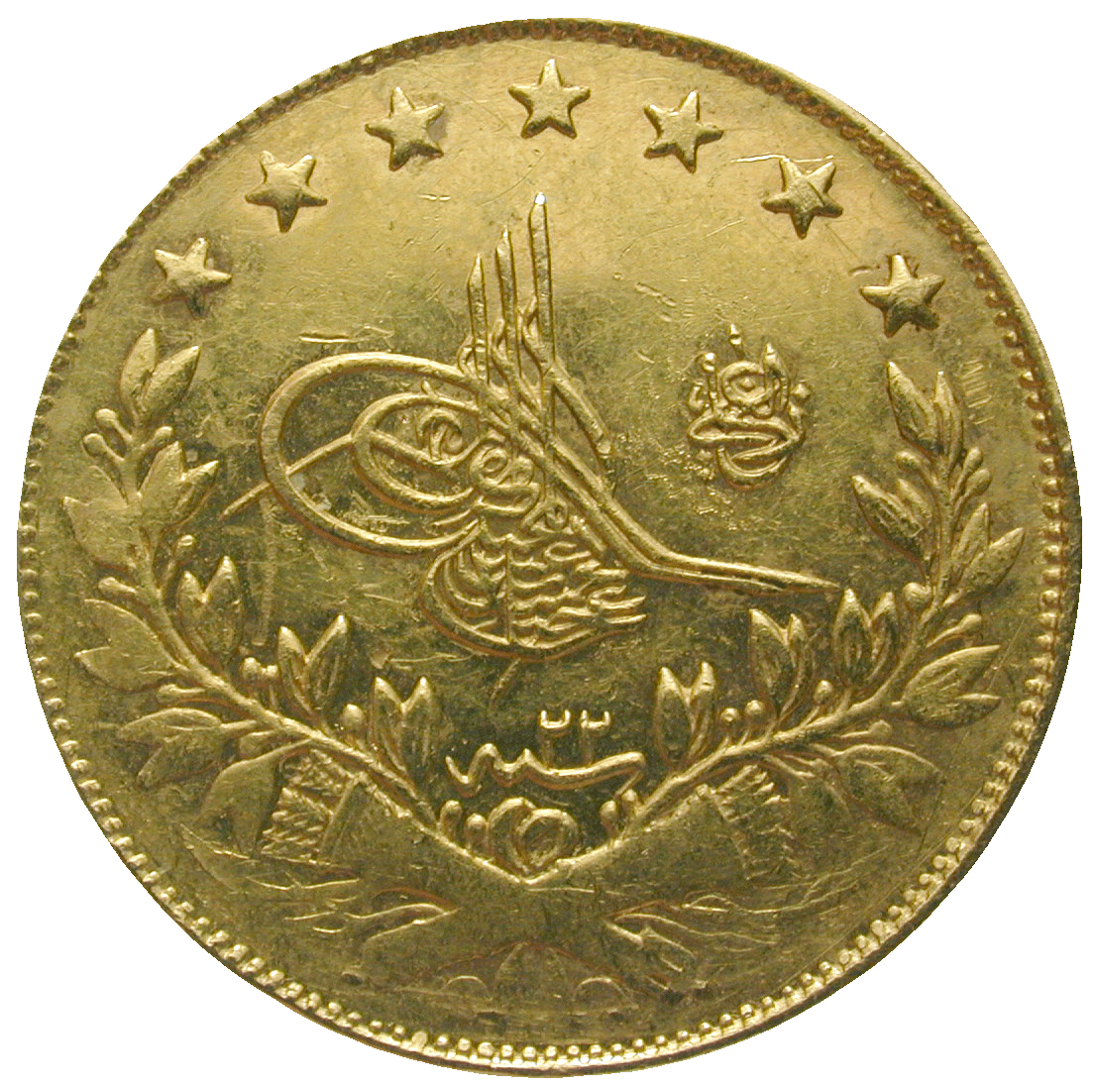 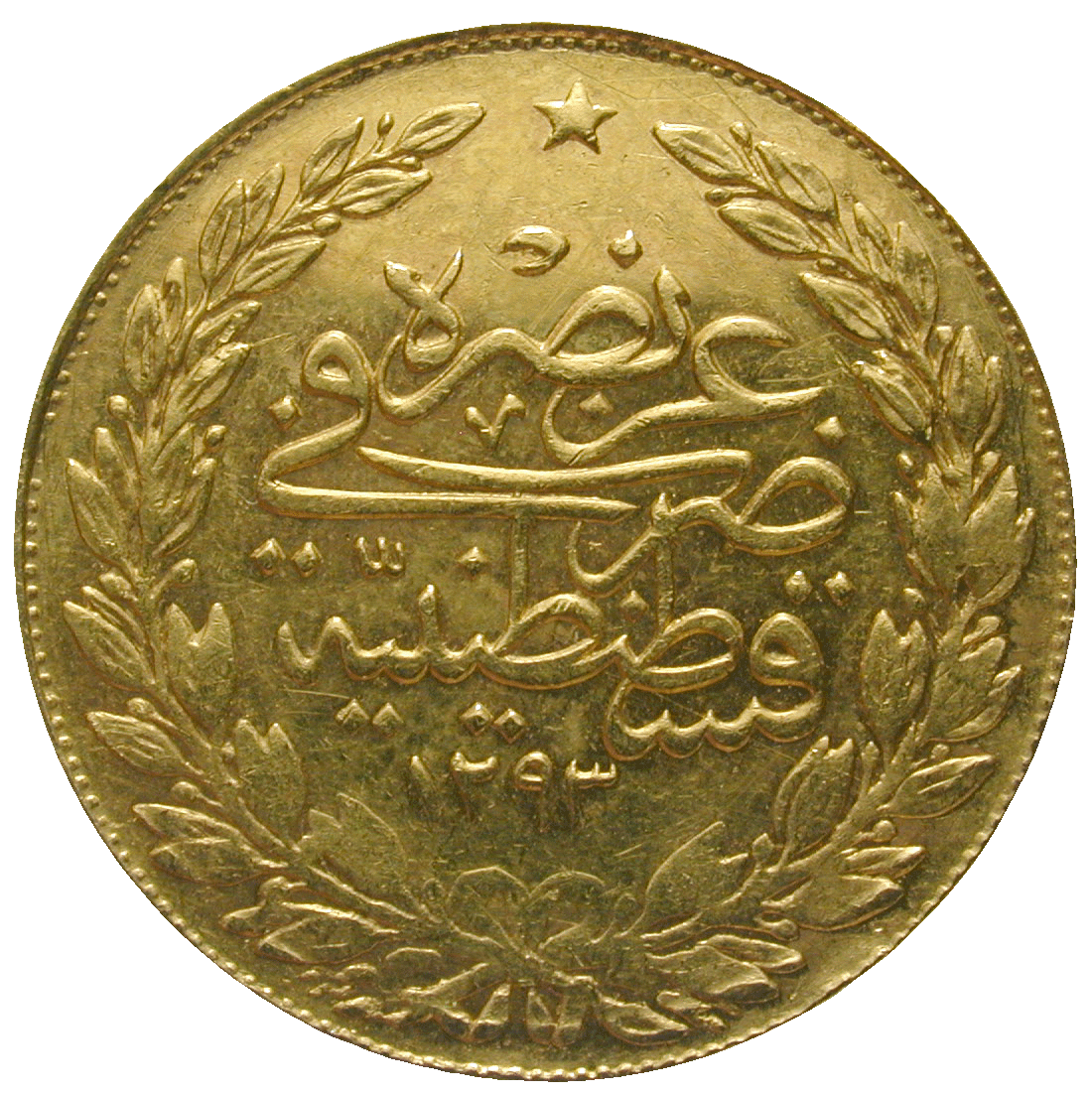 When Abdülhamid II ascended to the throne in 1876, the Ottoman Empire stood on the brink of abyss. The new Sultan could not prevent the fall any more; the time of the Turkish Empire was up. Abdülhamid was the last Ottoman Sultan to rule with absolute power. He was deposed in 1909 and replaced by his brother Mehmed V, who was a puppet in the hands of the antimonarchist powers. This gold coin of 100 piasters was struck in 1896: Beneath the Sultan's tughra stands the figure 22, the number of years that Abdülhamid was in power at the time of coinage. The date of his ascension to the throne is indicated on the reverse. The dates are given according to the Islamic calendar AH, which begins on July 16, 622, the day of the Hijra, the emigration of the prophet Mohammed from Mecca to Medina.