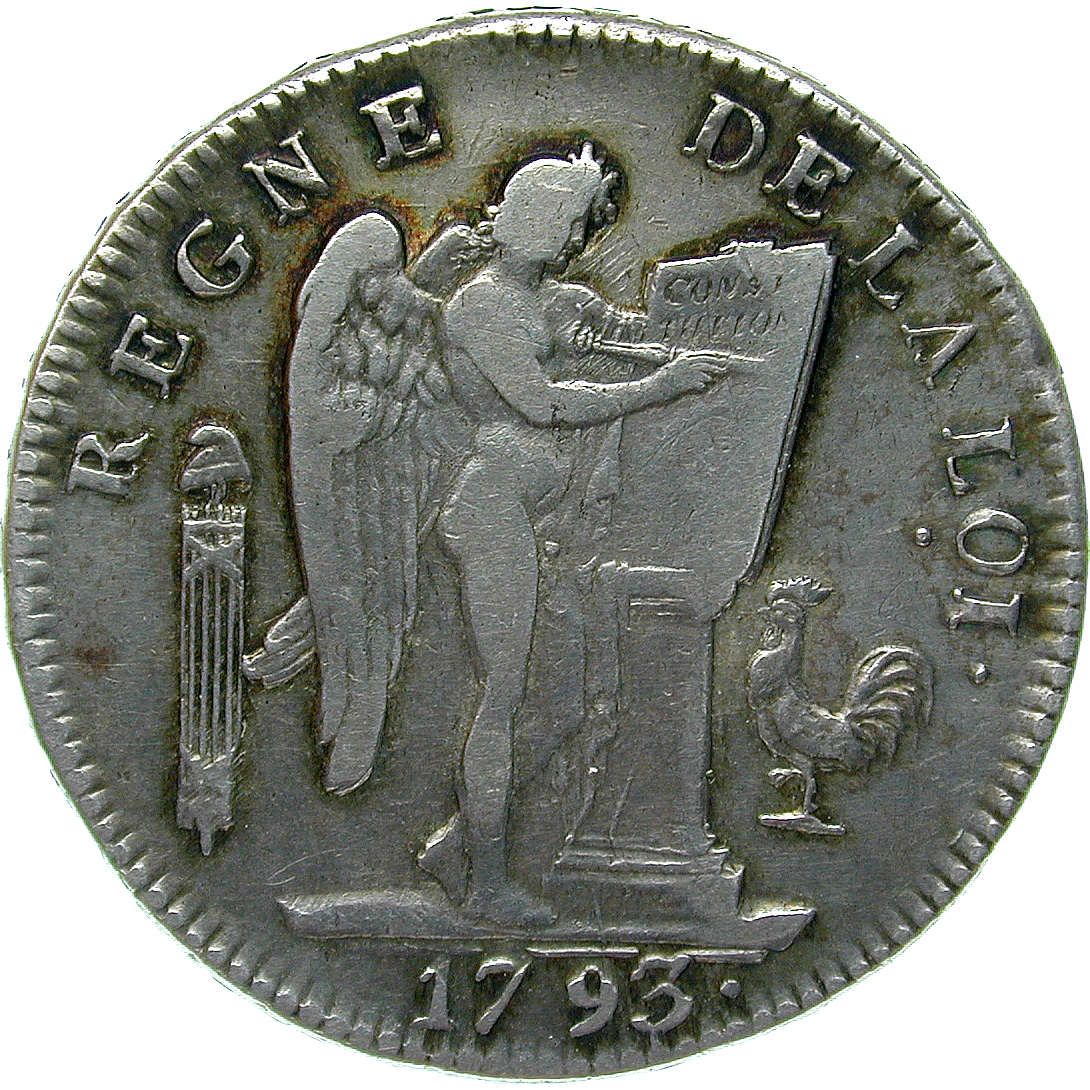 This écu was minted in the 2nd year of the first French Republic. Its obverse depicts a genius, writing the French constitution on a tablet of law. The inscription reads REGNE DE LA LOI – rule of the law. On one side of the genius we see the Gallic cock, and on the other a fasces with a liberty cap on top. These symbols partly hark back to the antique Roman republic and partly to the time of the French Revolution; they are all deeply republican. The reverse of our écu shows a wreath of oak leaves – an old symbol, too. Oak leaves traditionally symbolize the bourgeoisie, and a renunciation of aristocracy. For that reason oak leaves are depicted on many coins of modern republics. The inscription around the wreath on this ecu reads REPUBLIQUE FRANÇOISE L'AN II.