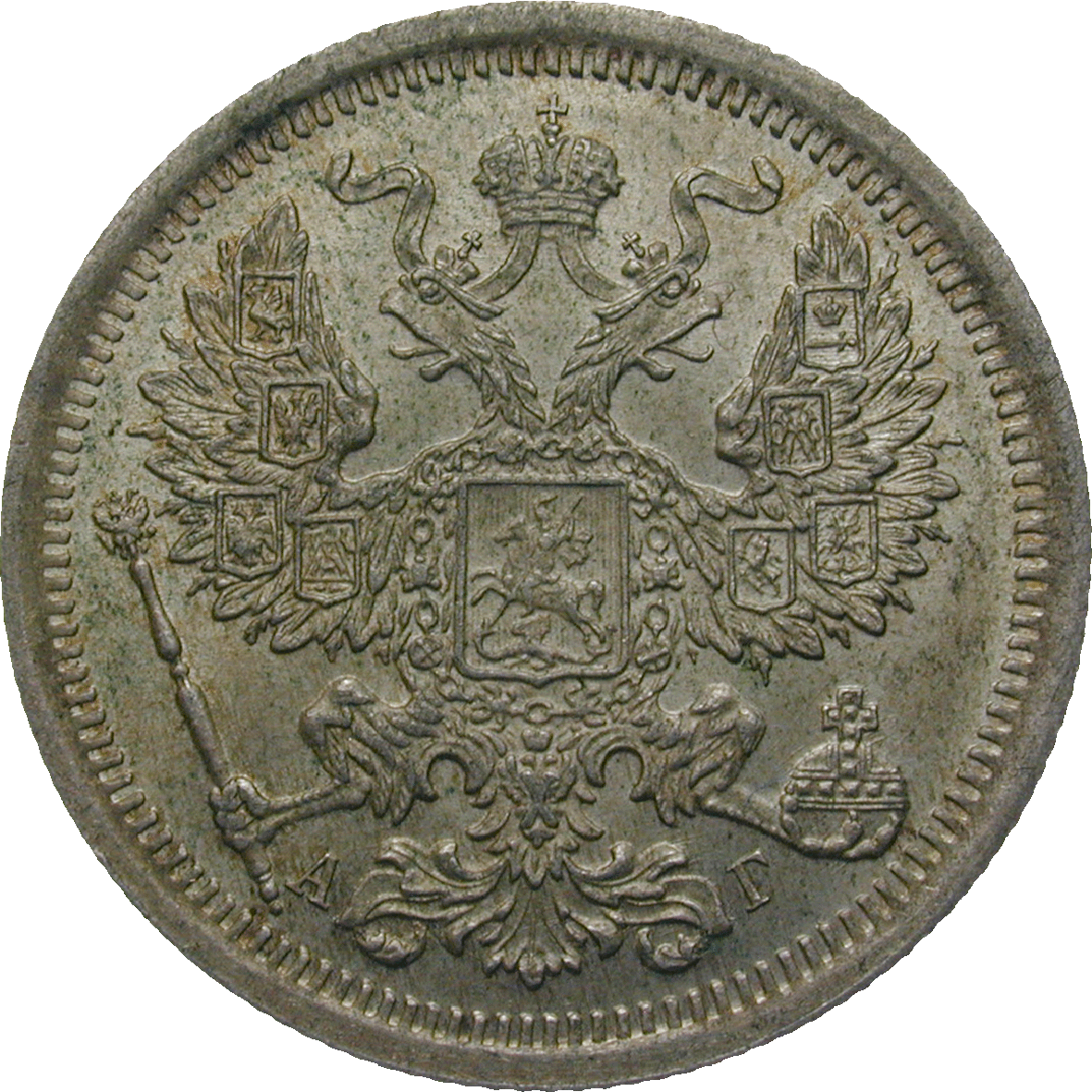 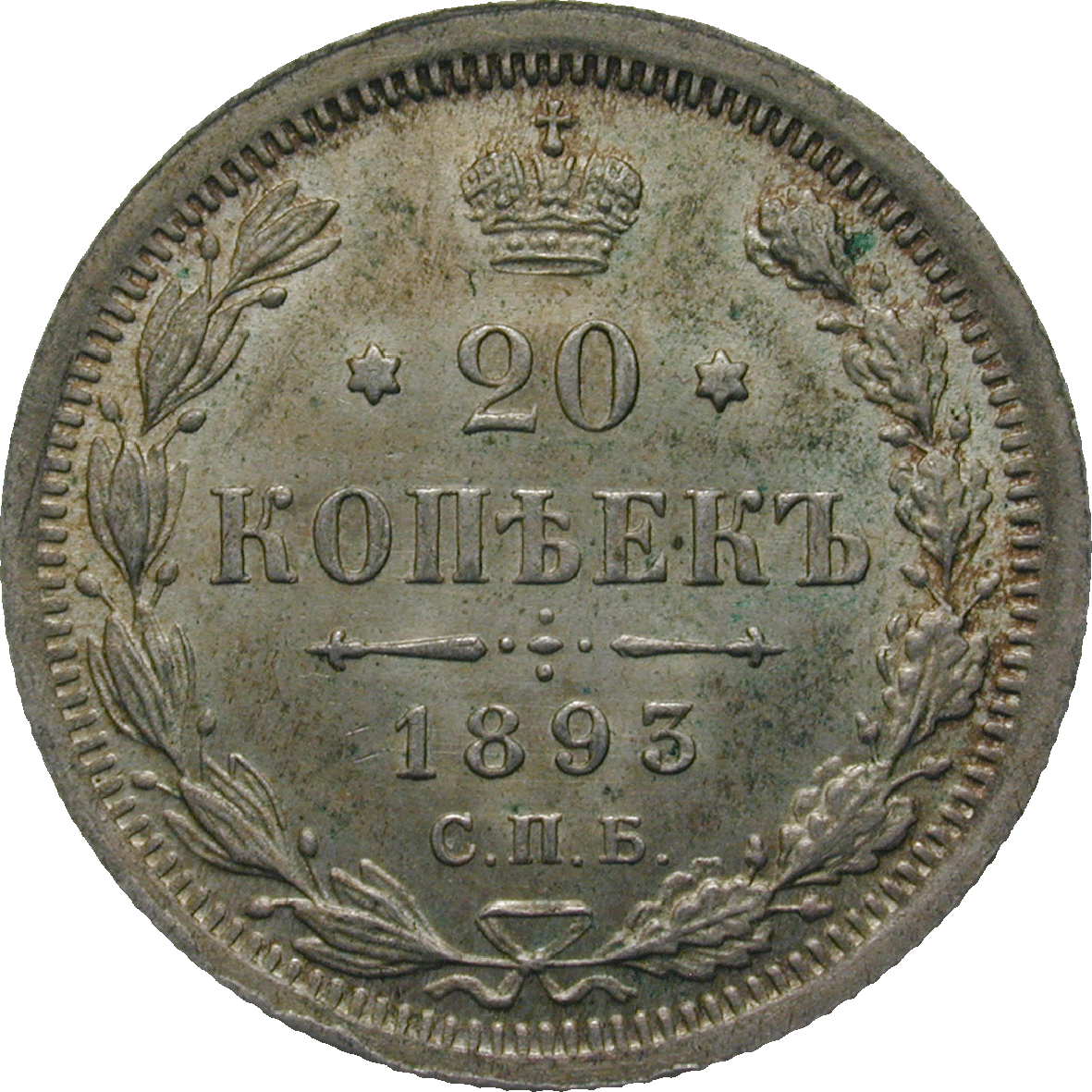 Tsar Alexander III (1881-1894), the issuer of this coin, ascended to the Russian throne after the assassination of his father. He reigned autocratically and opposed any reformative efforts. Yet reforms were imperative: Industrialization brought new problems like a mass migration of people into cities and the emergence of an urban proletariat. In Moscow in those years an unlearned male factory worker earned about 50 kopecks daily, a female worker got less than 30 kopecks. One egg, in comparison, cost 1.5 kopecks. This 20 kopeck coin bears the Russian double eagle with a scepter, an imperial globe, and a shield depicting the dragon killer St George on its chest. The reverse indicates the denomination and the date of minting.