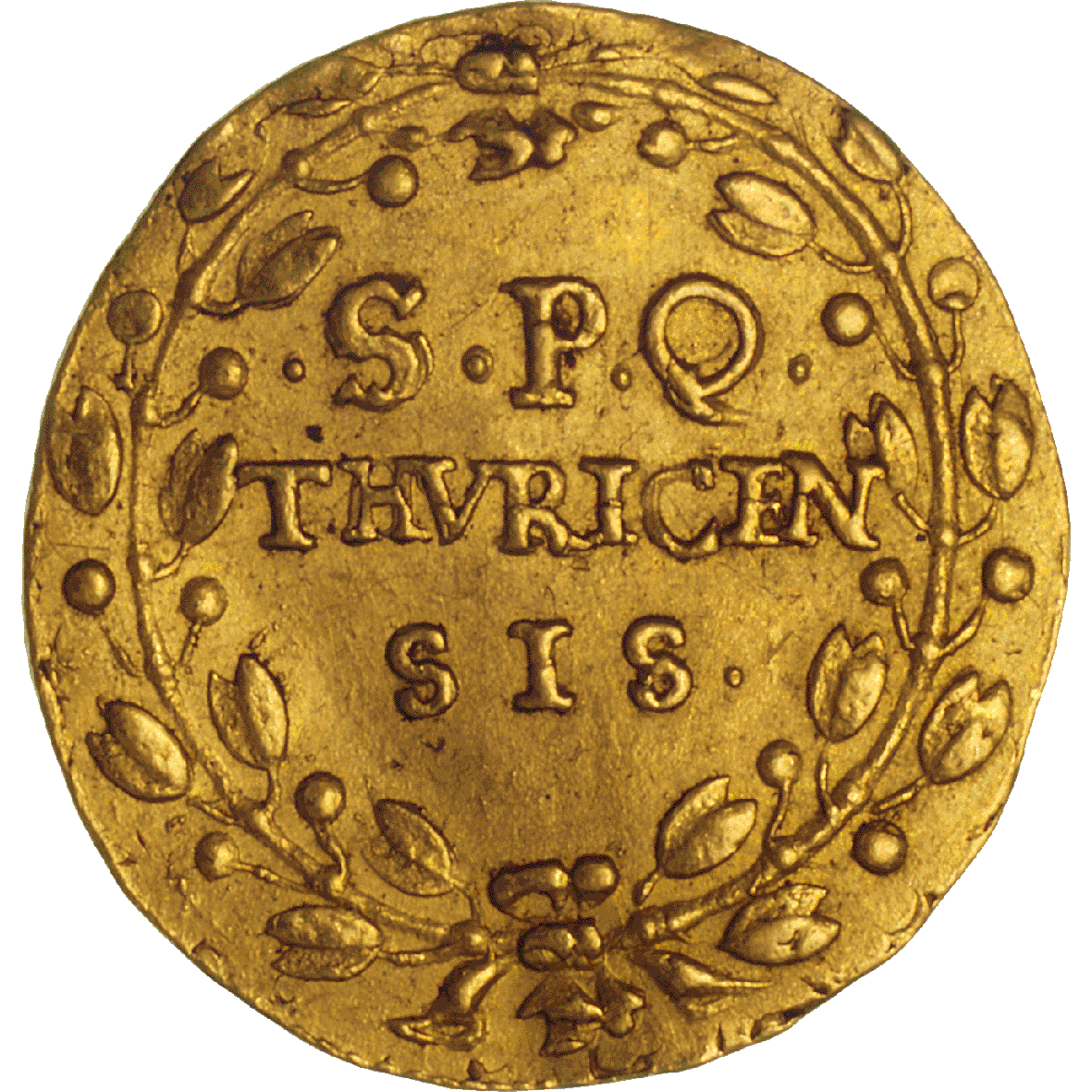 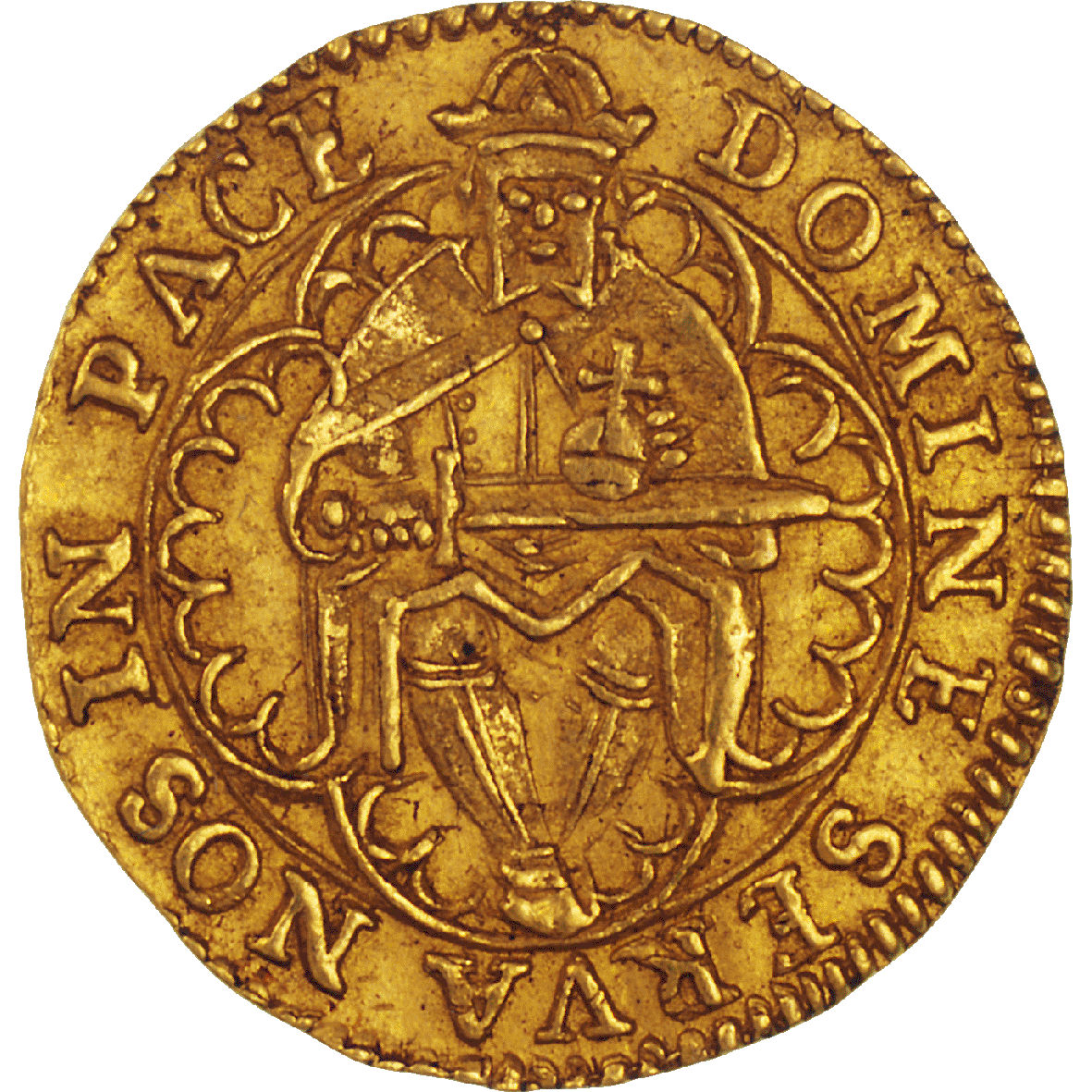 This Zurich ducat does not bear a date, but was supposedly minted in 1620. On the obverse it bears the text S. Q. THVRICENSIS, to the Senate and the people of Zurich; a laurel wreath twines around the inscription.

On the reverse the text is DOMINE SERVA NOS IN PACE, Lord, preserve us in peace. In the centre sits emperor Charlemagne on a throne covered by his long cloak. In his right hand he holds his sword – the symbol of his secular power. The imperial orb in his other hand represents the globe of the world; it is surmounted by a cross as a symbol of Christian rule.