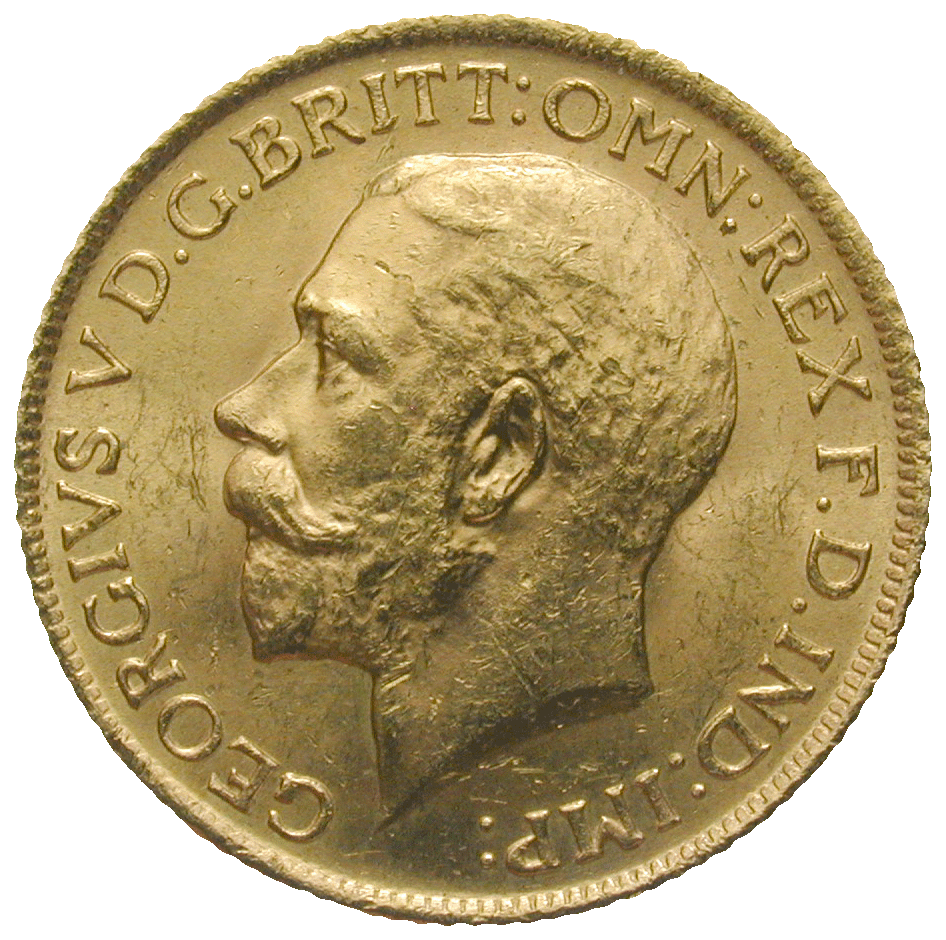 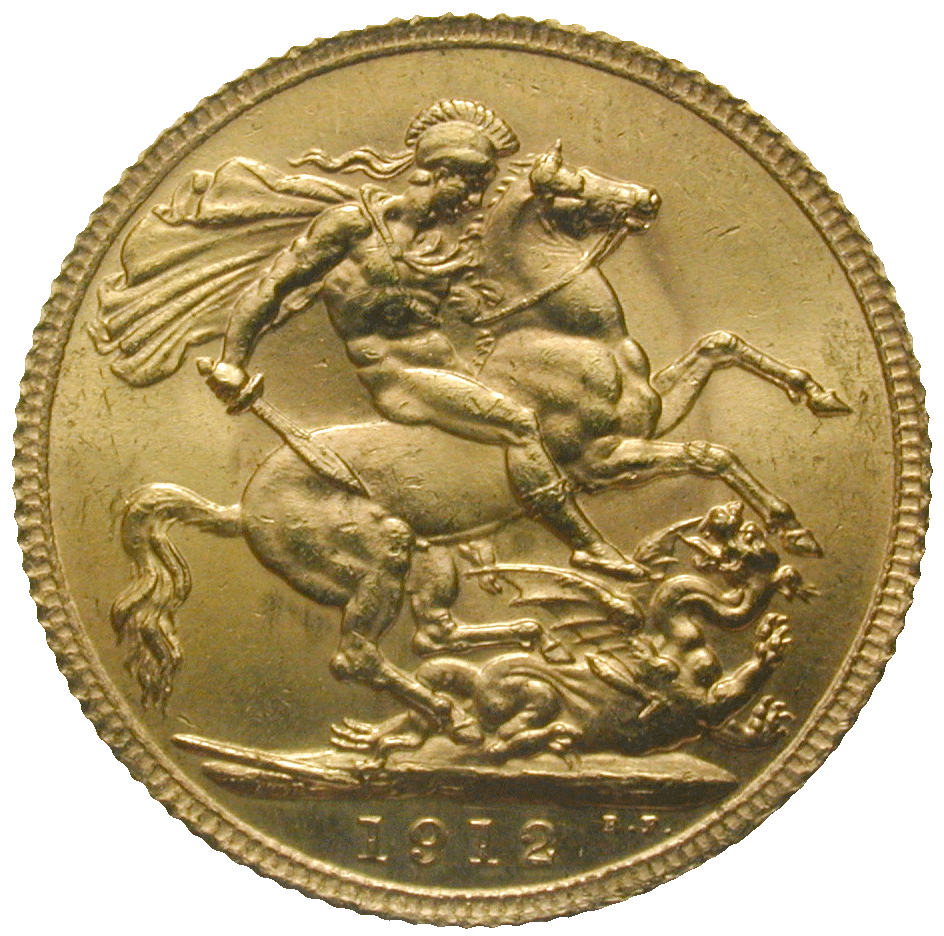 The first sovereign was issued in 1489 for the English King Henry VII. The issue of the modern gold sovereign commenced in 1817 under George III. The sovereign was a real circulating coin until the outbreak of the First World War in 1914. In the course of the war, most countries stopped production of gold coins for circulation. Instead, they switched to "token" coins – to coins thus whose face value is much higher than their intrinsic value. The production of sovereigns restarted in Great Britain 1957. They were not circulation coins anymore, however, but bullion coins.