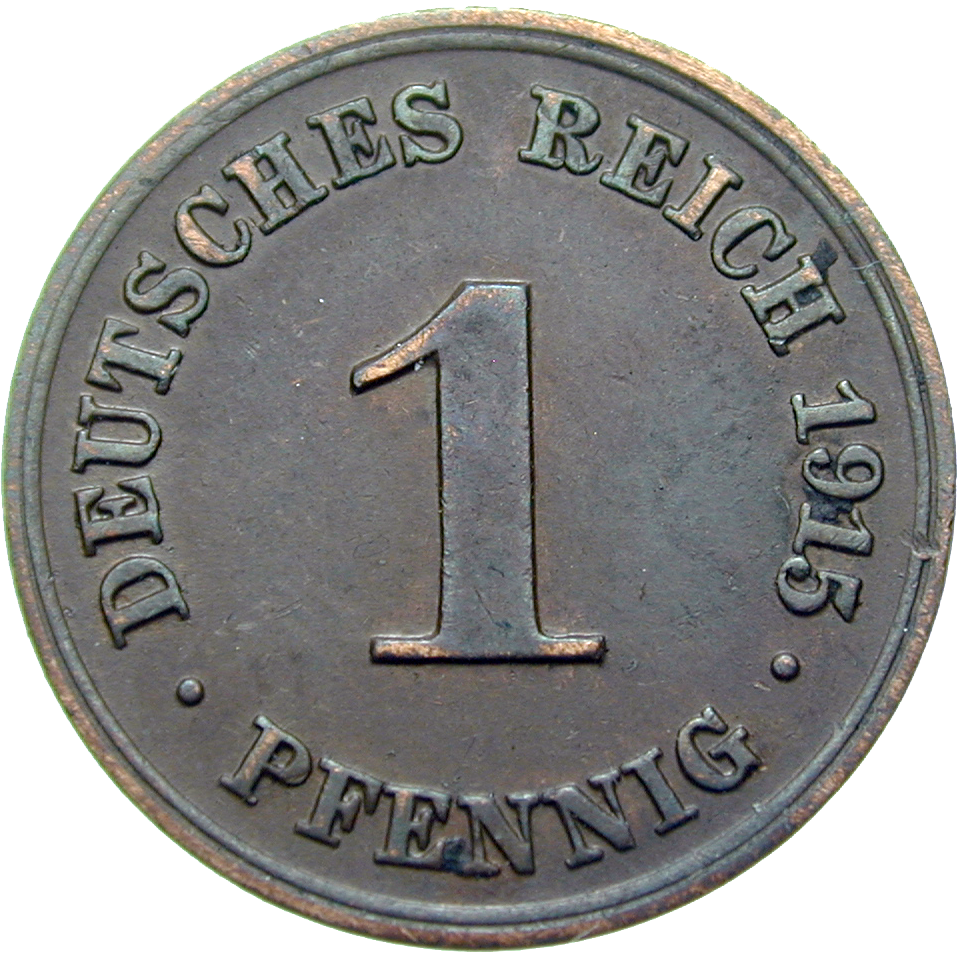 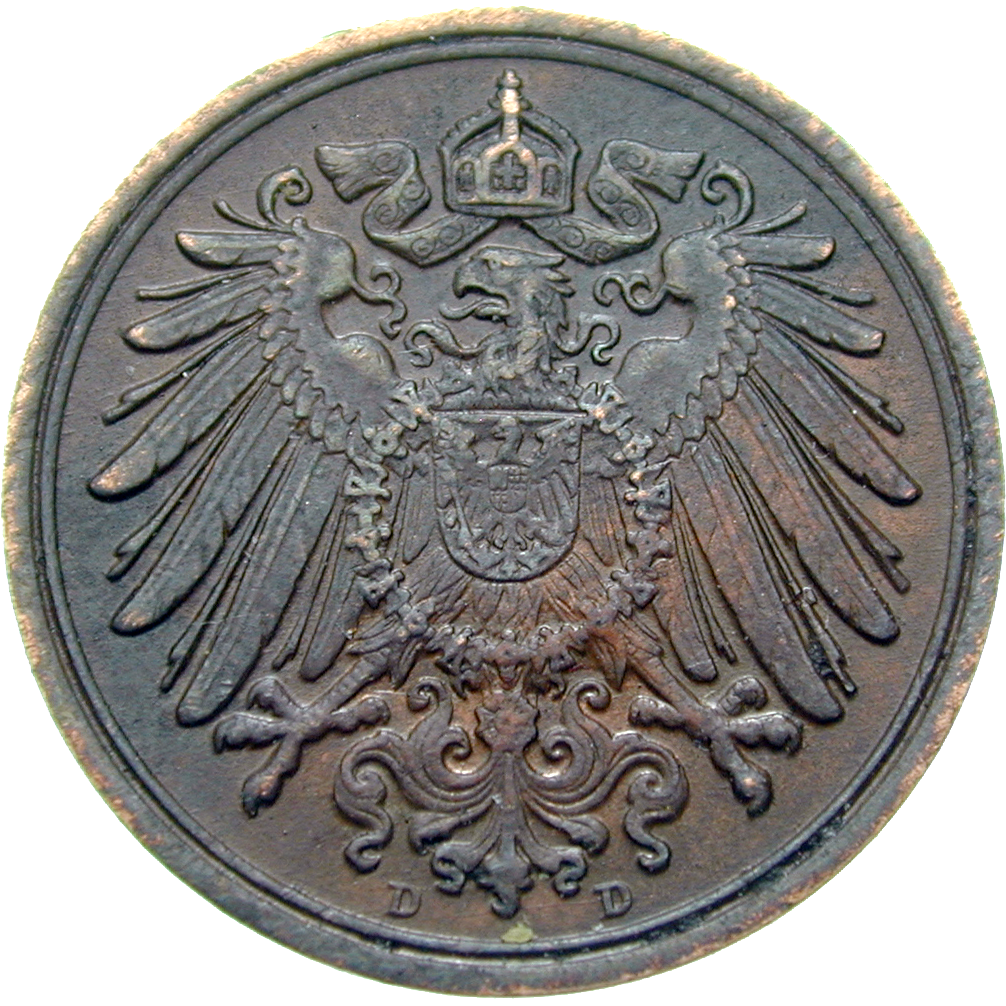 In 1915, the German war machine had been activated for a year already (it was the time of the First World War, which lasted until 1918). To provide sufficient funds, the German Reichsbank had been freed of its duty to cover the circulating money by gold reserves. With this, the first step towards the great inflation of paper money had been made. As yet, the copper pfennig had its place in every-day-life, however. "Take care of the pennies, and the pounds will look after themselves!" still counted. Accordingly, the prices for every-day-goods were given in pfennigs: 22 pfennigs, for instance, would pay for a liter of beer.