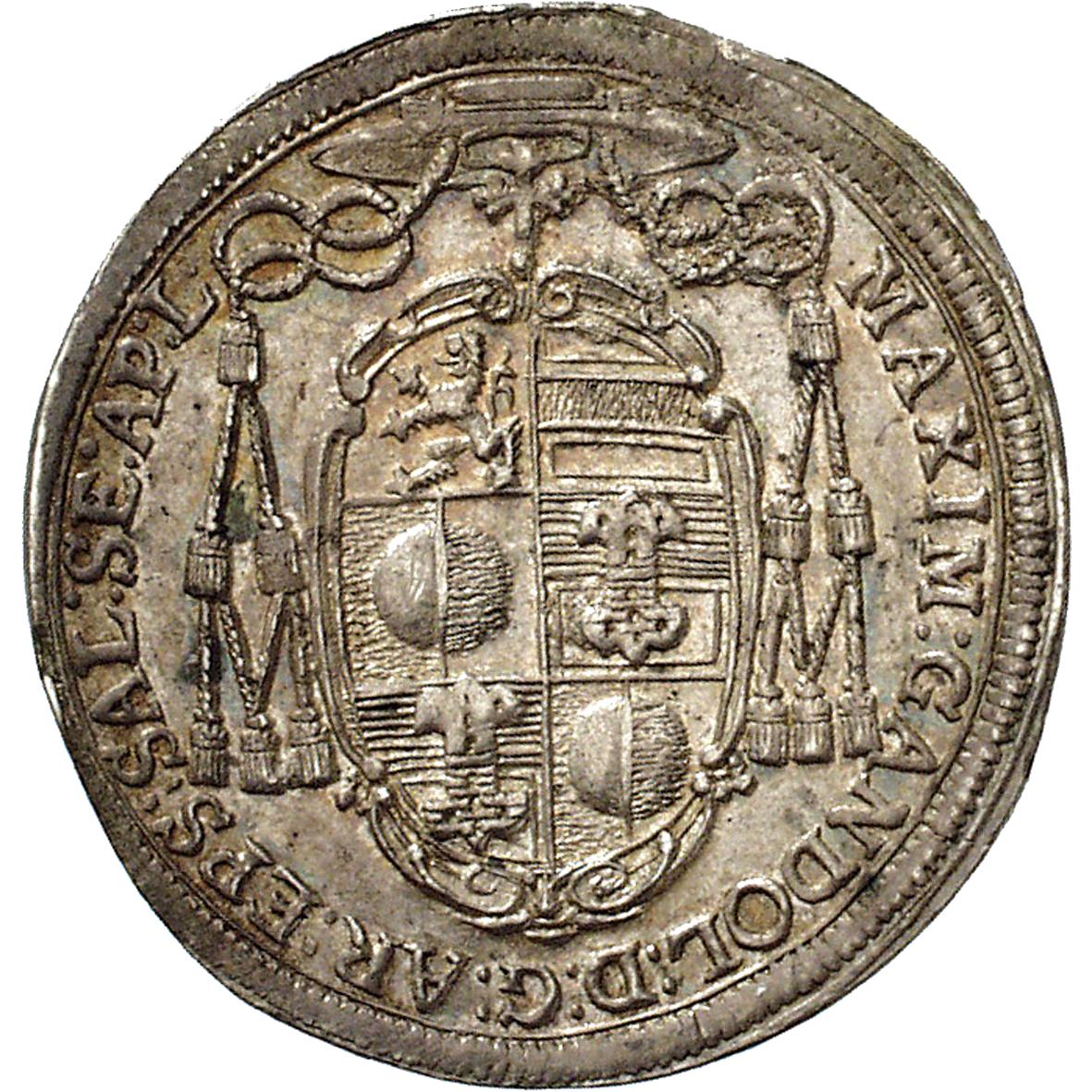 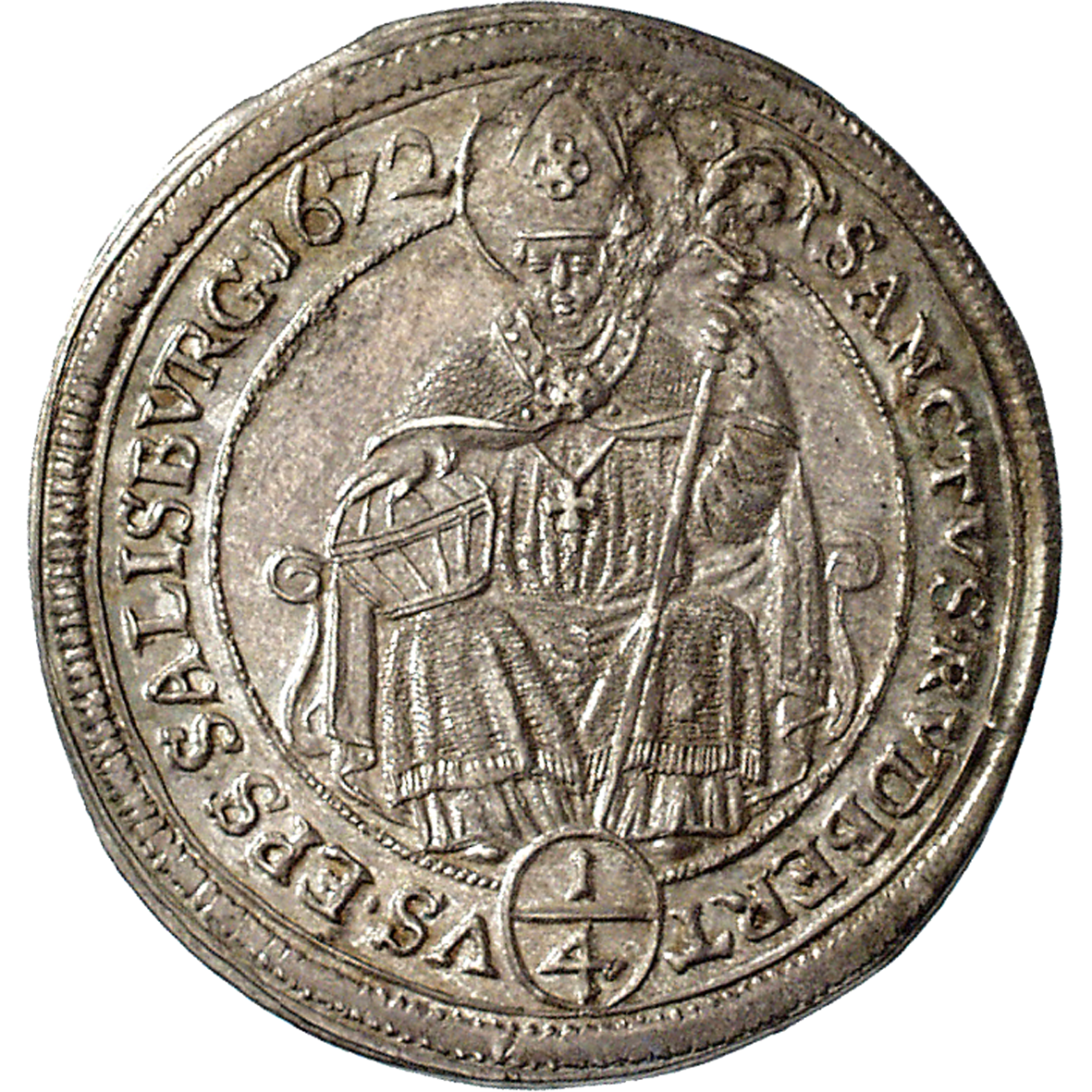 Decades after the end of the Thirty Years' War (1618-1648), the consequences of the war were still noticeable in Central Europe. There were a lot of beggars, jobless and vagabonds around. People suffered from price increases and famines. And the monetary crisis that had been triggered by the beginning of the war, still endured. Salzburg's high quality coins were smuggled out of the country, while the city's market was flooded with foreign coins of little value. But despite of this, the archbishops continued to issue excellent coins. This quarter taler bears the skillfully embellished coat of arms of Archbishop Max Gandolph of Kuenburg (1668-1687) on one side, while the other side depicts saint Rupert with a barrel of salt and a crosier.