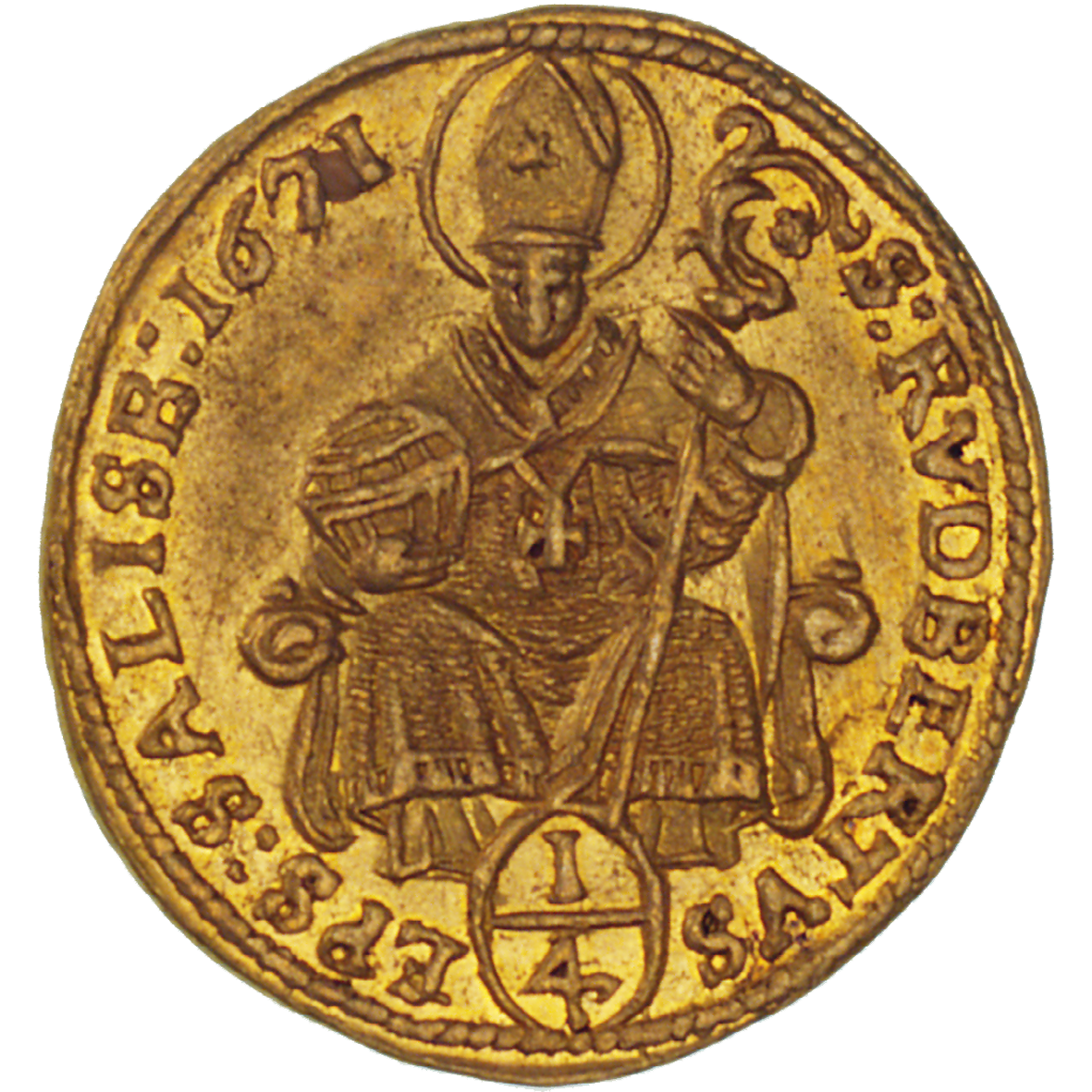 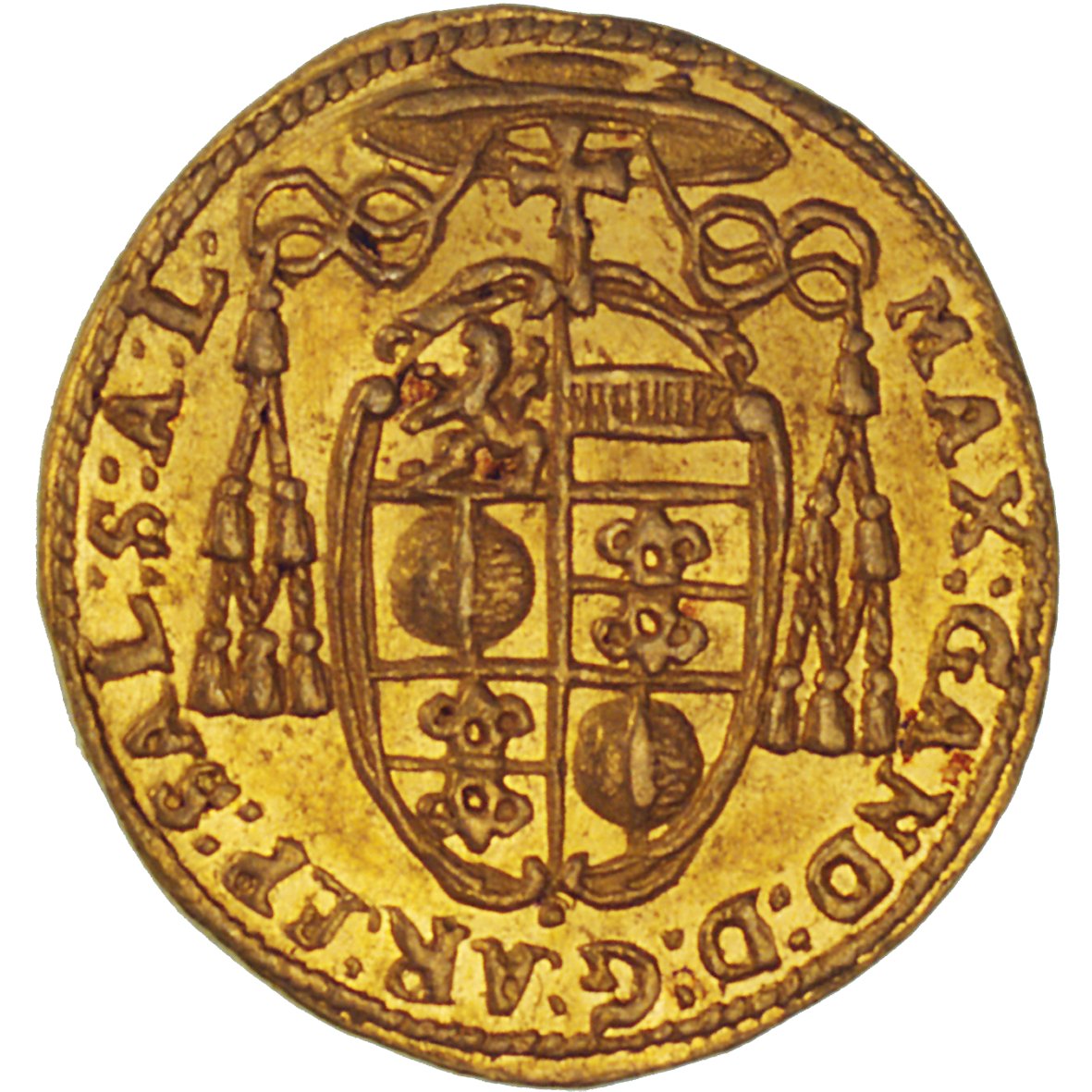 Salzburg's position between the two powerful blocs, Bavaria and Austria, was weak. On the one hand, the archbishops had obligations towards the Bavarian elector, for he was the main purchaser of Salzburg's salt, and as such was the country's major source of foreign currency. On the other hand, Salzburg also maintained essential trading relations with its Hapsburg neighbors who in turn provided the archbishopric with large quantities of grain. Hence Salzburg was obliged to follow a moderate economic policy. Not to encumber the cash flow, the archbishops were forced time and again to gear their coinage to the imperial coins. Despite of this, the coins of Salzburg endured the monetary chaos of the 17th century without losing too much quality.