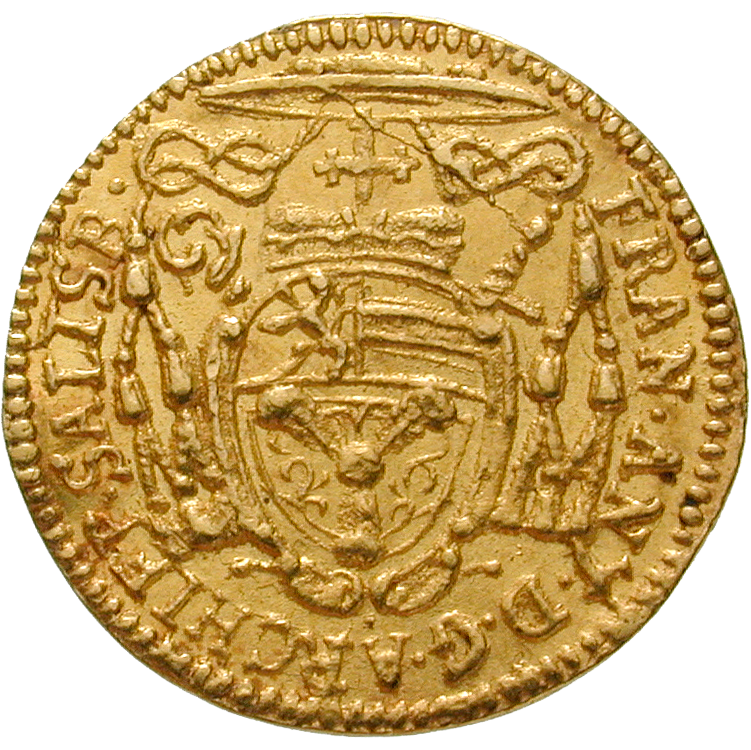 From 1701 to 1714, the archbishopric of Salzburg was dragged into the War of the Spanish Succession. The bone of contention was the enormous Spanish colonial empire. King Louis XIV of France and Emperor Leopold I of Hapsburg laid claim to the succession of the Spanish King who had died in 1700. Austria, the United Kingdom, Holland, Prussia, Hannover, Portugal and Savoy formed a major alliance against France in 1701. France, however, only had one ally, the House of Wittelsbach in Bavaria. Since 1705, a regiment from Salzburg was fighting on the battlefield as well. In 1709, the regiment, together with an imperial battalion, became involved in a battle where they were beaten by the French. 40 Salzburg soldiers were killed, and the rest landed in prison. Only after peace had been concluded in 1714 did the surviving soldiers return home.