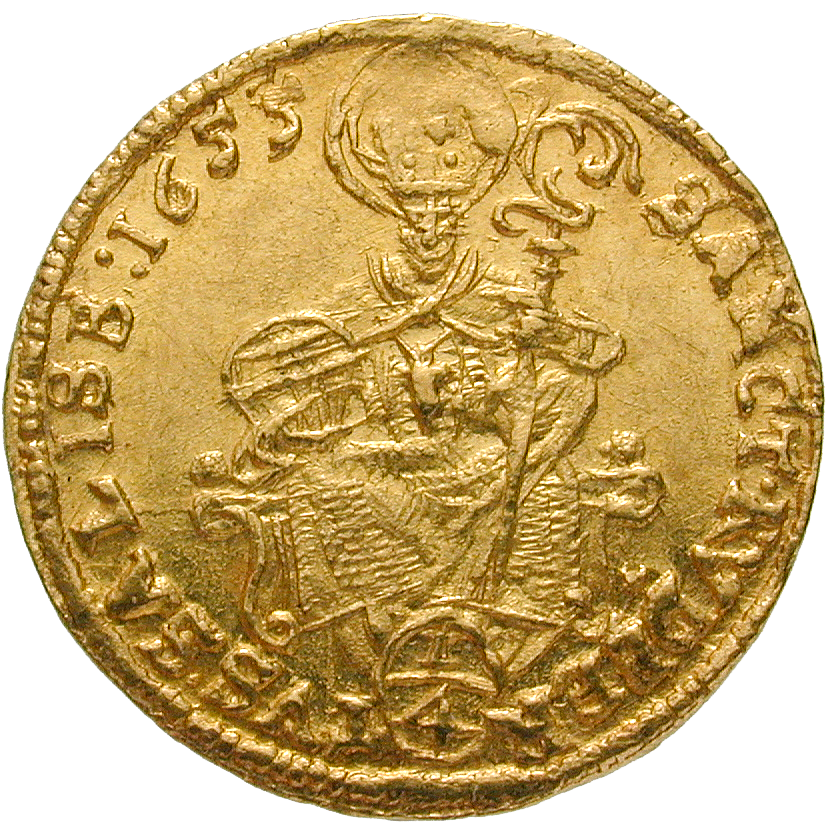 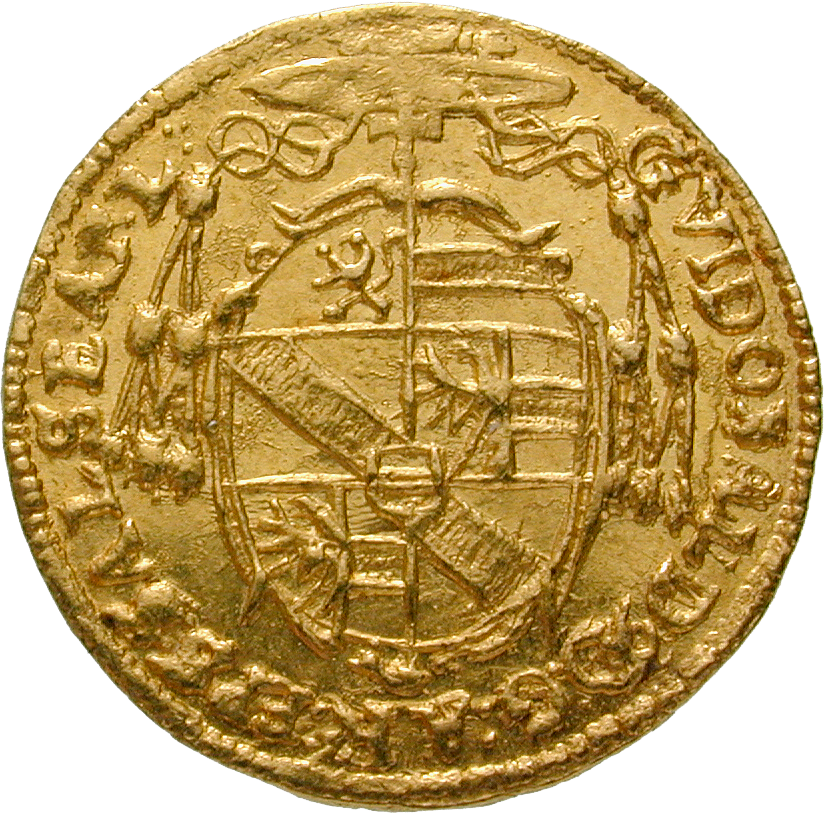 Archbishop Guidobald, Count of Thun and Hohenstein (1654-1668), still had to deal with the consequences of the Thirty Years' War (1618-1648). The soldiers no longer needed after the war, and the end of the fortification works along the city's walls, had caused a high rate of jobless. While the archbishop himself was known for his luxurious lifestyle, a large part of the population therefore led rather miserable lives.

In the years after the war, a day laborer earned approximately 12 kreuzers per day. It would thus have taken him two weeks to obtain the counter-value of such a quarter-ducat. At the same time, a pound of beef cost 2 kreuzers, and for a loaf of black bread you had to pay 3 kreuzers. This meant that the poor had to spent all their income to cover their immediate needs.<