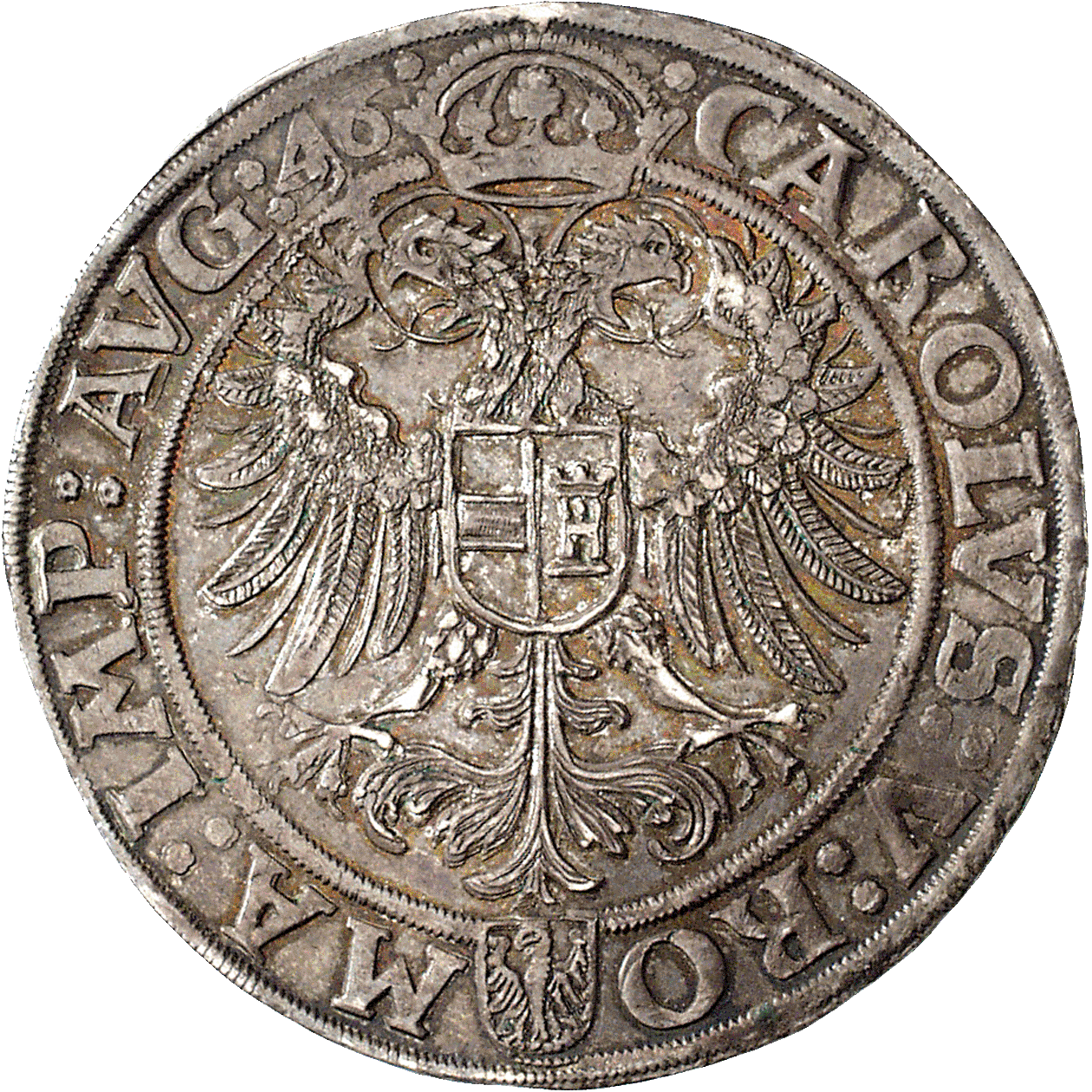 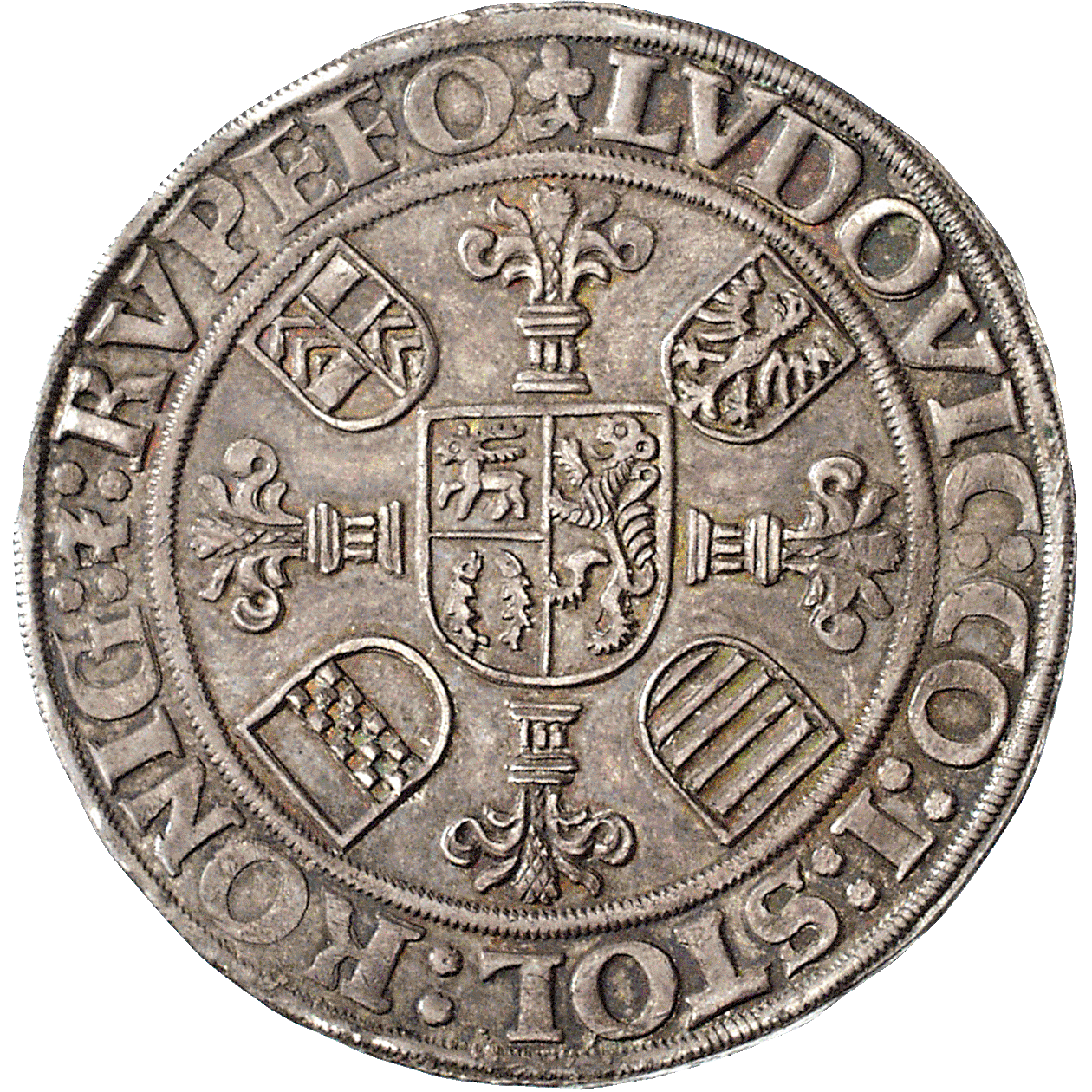 Unlike the centrally organized kingdoms of England, France or Spain, medieval Germany was a patchwork of different states, of which each maintained its own its coinage. Yet Emperor Charles V (1516-1556) wished to have a certain level of homogeneity in the currency of his empire. In 1524, after long negotiations, he succeeded to promulgate the first imperial coinage ordinance. It regulated among other things the weight, size, precious metal content and design of coins. The obverse was to bear the imperial eagle, the value of the coin and the title of the emperor, whereas the design of the reverse was left to the owner of the regional mint.

This taler corresponds to the regulations as regards its size and weight, but its design differs in several details from the regulations – and that is surprising, since Nördlingen had been an imperial mint since 1503: this coin was thus issued under direct control of the empire.