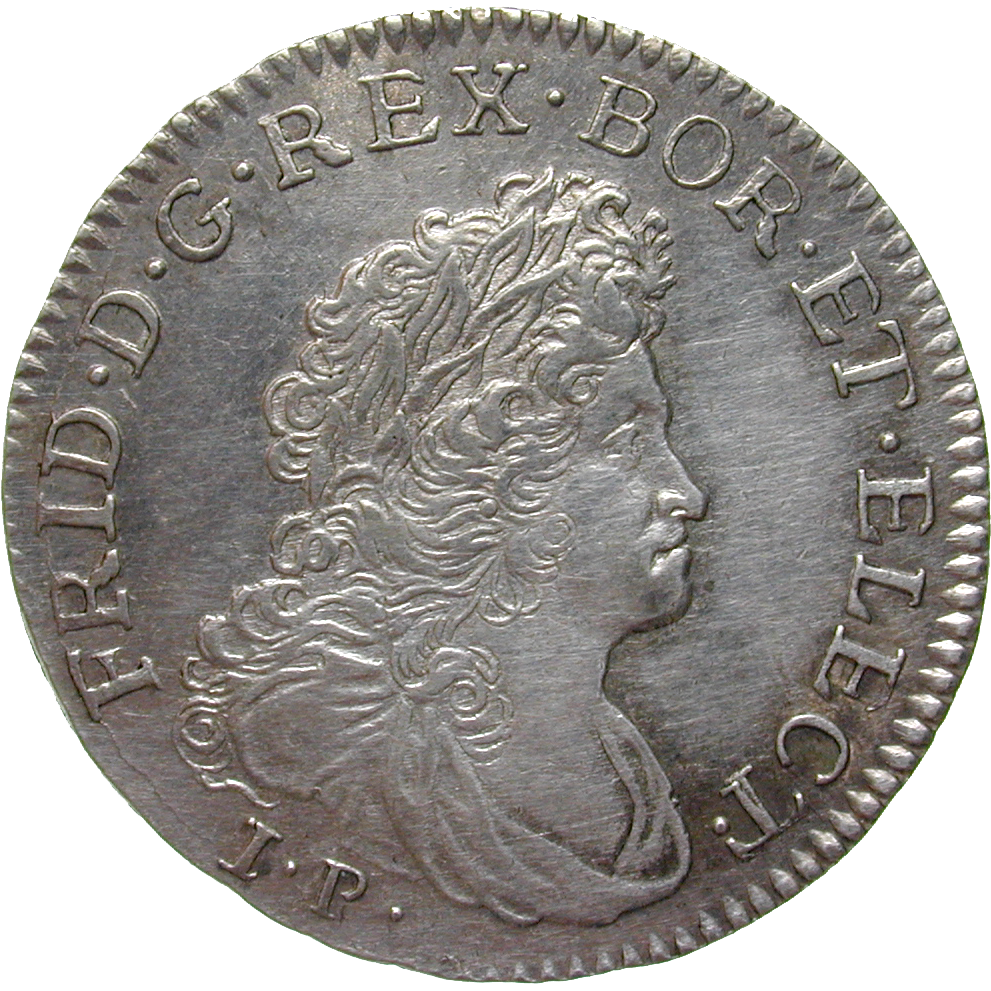 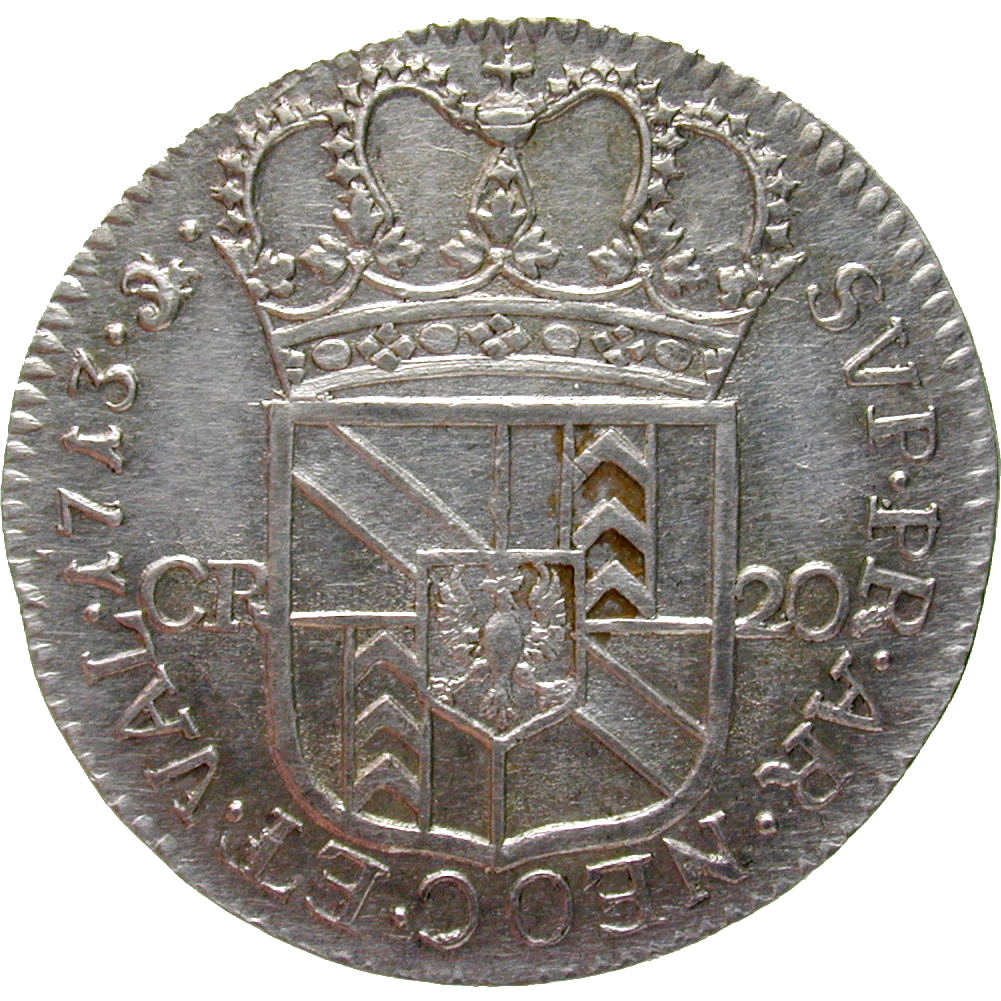 Neuchâtel belonged to the dukes of Orléans-Longueville in the 16th century, and in 1707, as result of an inheritance, came into the possession of King Frederick I of Prussia (1701-1713). In the years of 1712 and 1713, Frederick had coins minted in Neuchâtel. The issues were mainly small coins for local trade, half batzen and kreuzer, among them this piece worth 20 kreuzer. After that intermezzo, no more coins were minted in Neuchâtel for about 70 years. Only toward the end of the century, during the reign of Fredrick III, the administration in Berlin allowed Neuchâtel to issue silver and billon coins to cover the local need of small change.