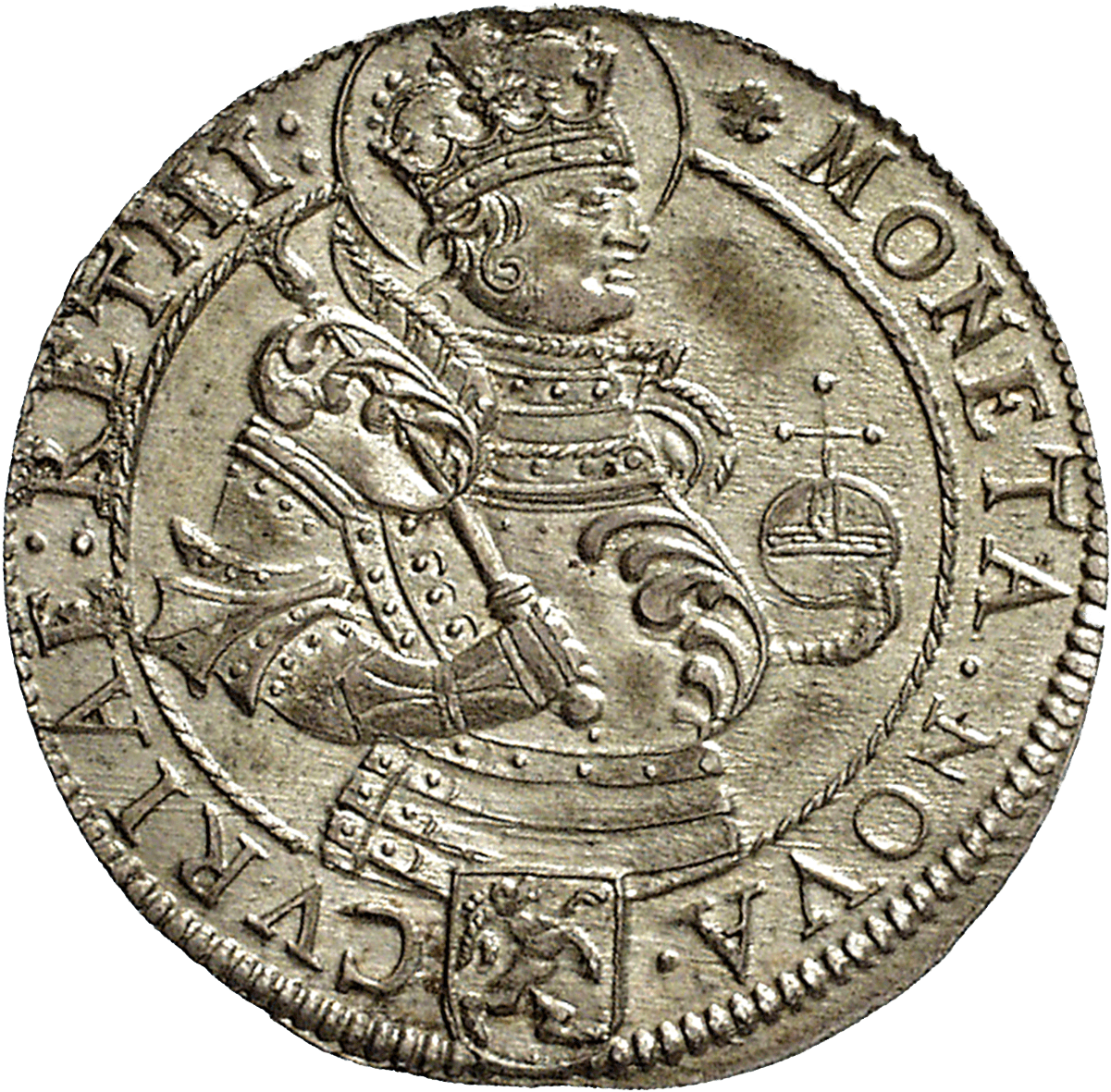 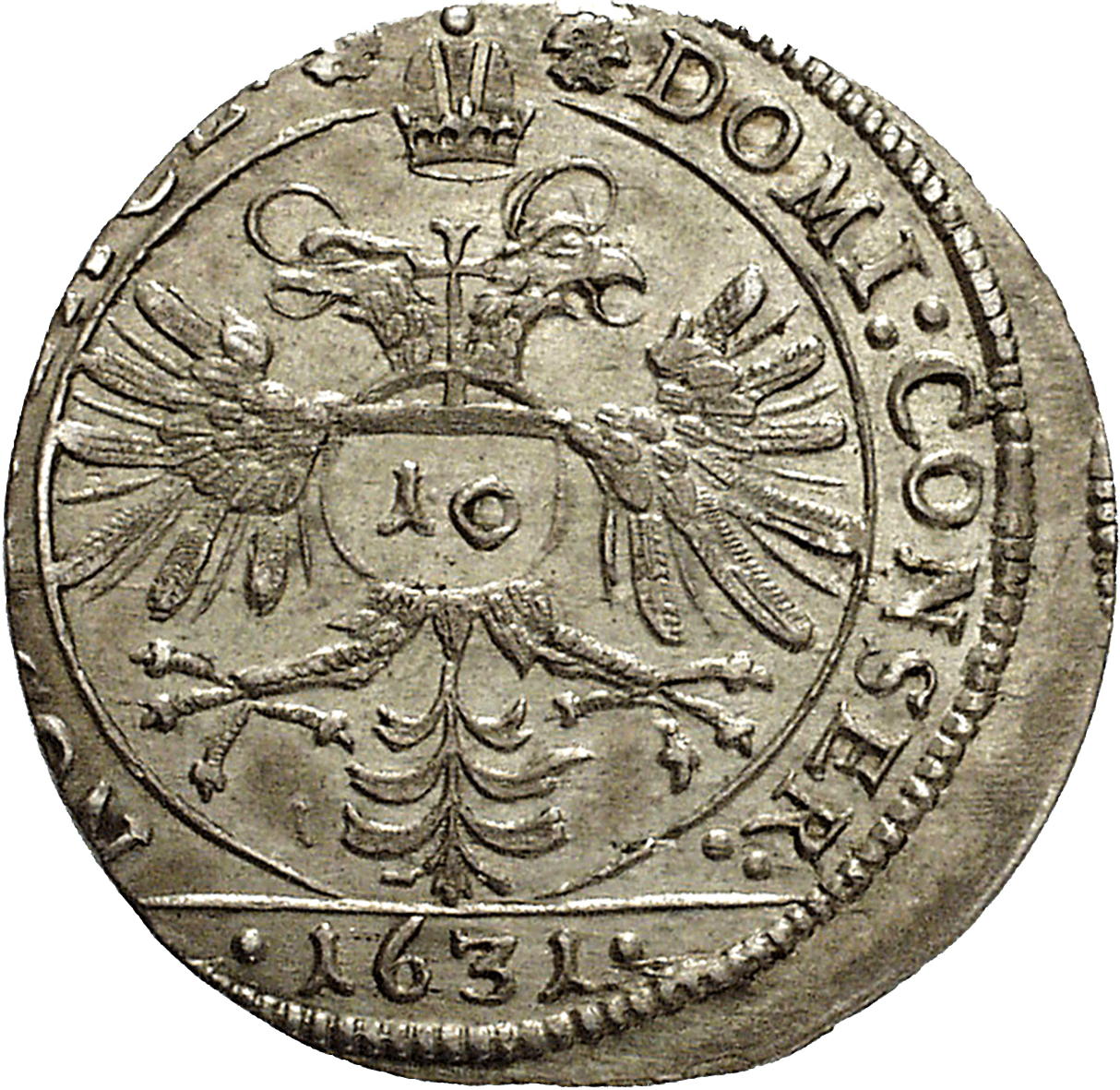 The coinage of the city of Chur began relatively late. As a free imperial city, Chur was allowed to mint coins from 1529. However, for the first hundred years the output remained sparse. Only in the 1620s began a more frequent coinage in Chur. In 1626 Tyrol, which bordered to the bishopric of Chur, began to issue vast amounts of 10 kreuzer-coins, since the price of silver had dropped considerably. At the same time Chur began to issue masses of 10 kreuzers as well. These coins served as trade money for local and foreign traders and are the most common Chur coins from the 17th century. The obverse of our tenner bears the bust of Saint Lucius, the patron saint of the bishopric and the city of Chur. The reverse shows the imperial eagle of the Holy Roman Empire, since Chur – like the other the Swiss cantons – belonged to the German Empire at that time.