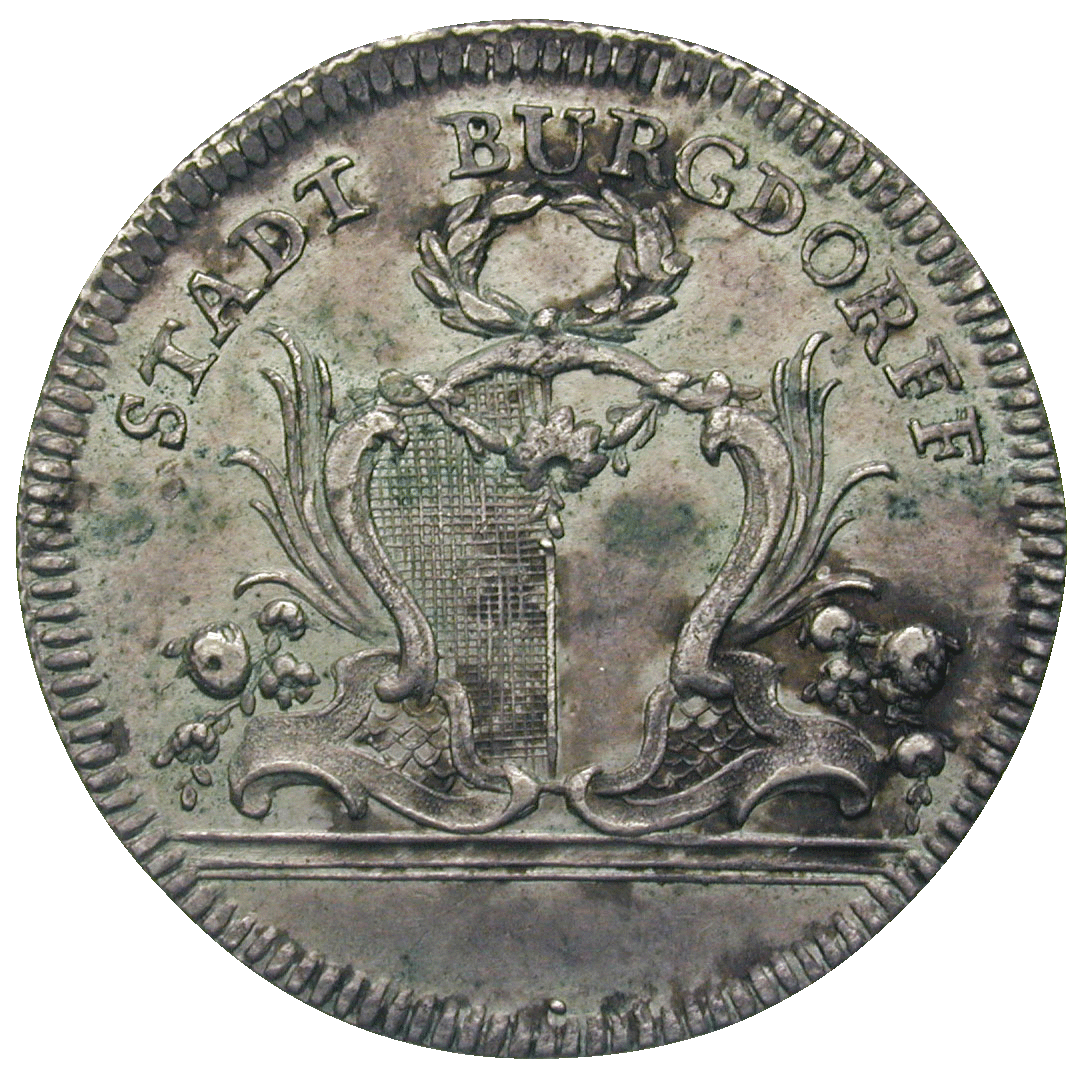 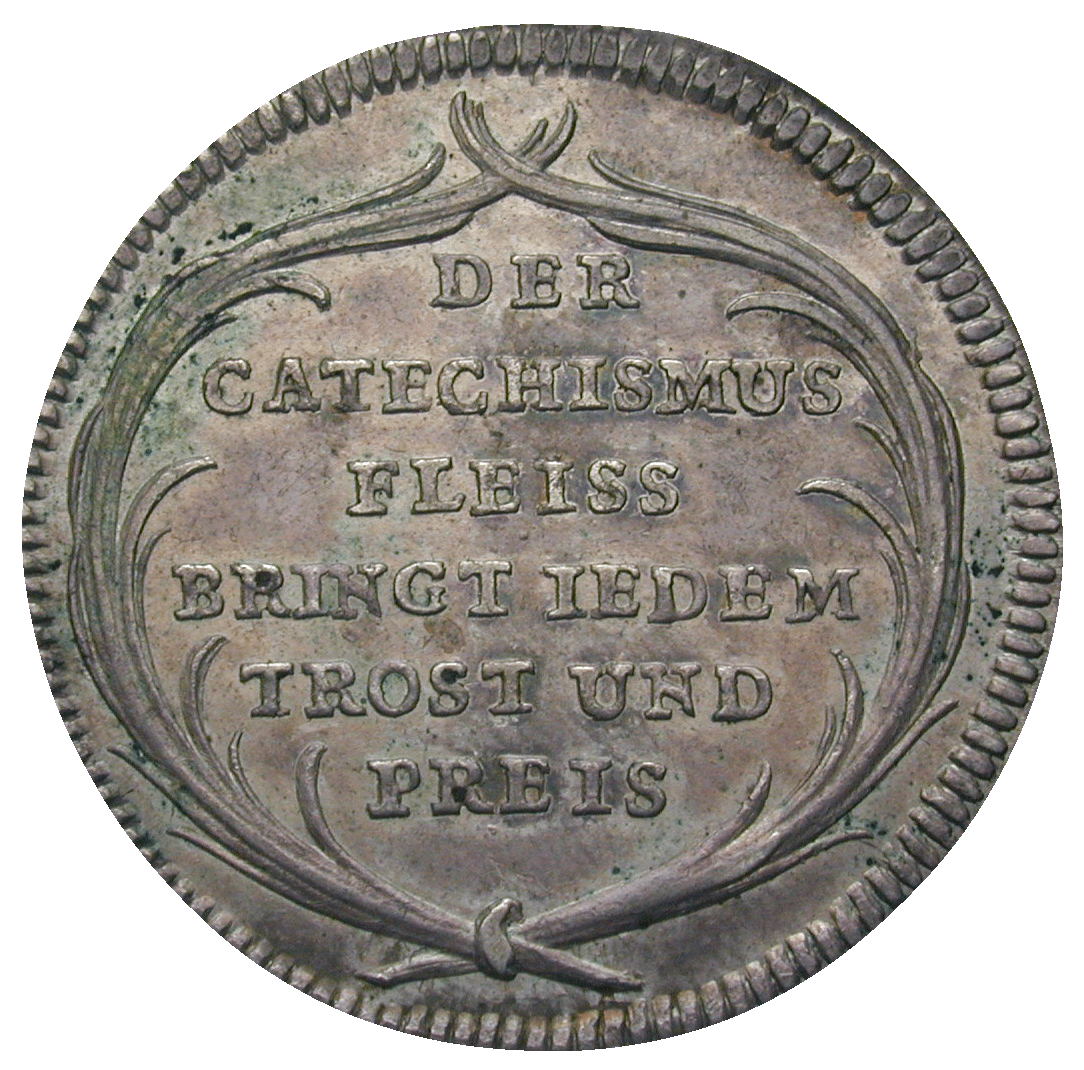 From the time of the Reformation, Berne saw it as the most important task of the schools to teach the catechism to the pupils. Following the requests of some Bernese clerics, the city therefore started to issue silver catechism pfennigs in 1622. Children who knew the Bernese catechism by heart were rewarded with four batzens. Seven and a half batzens were the prize for those who could memorize the more challenging Heidelberg catechism. Several Swiss communities followed the example of Berne and introduced catechism pfennigs as well. One of them was the town of Burgdorf, where this coin from the 18th century comes from.