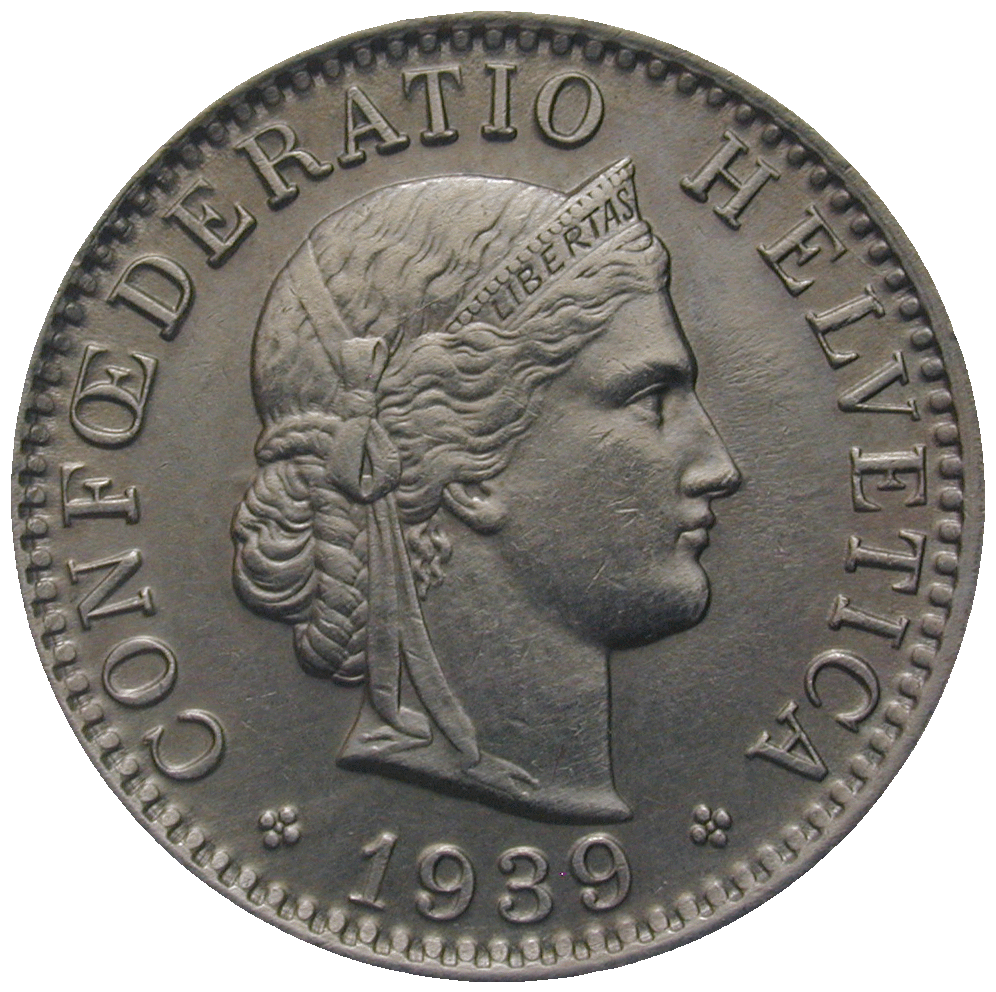 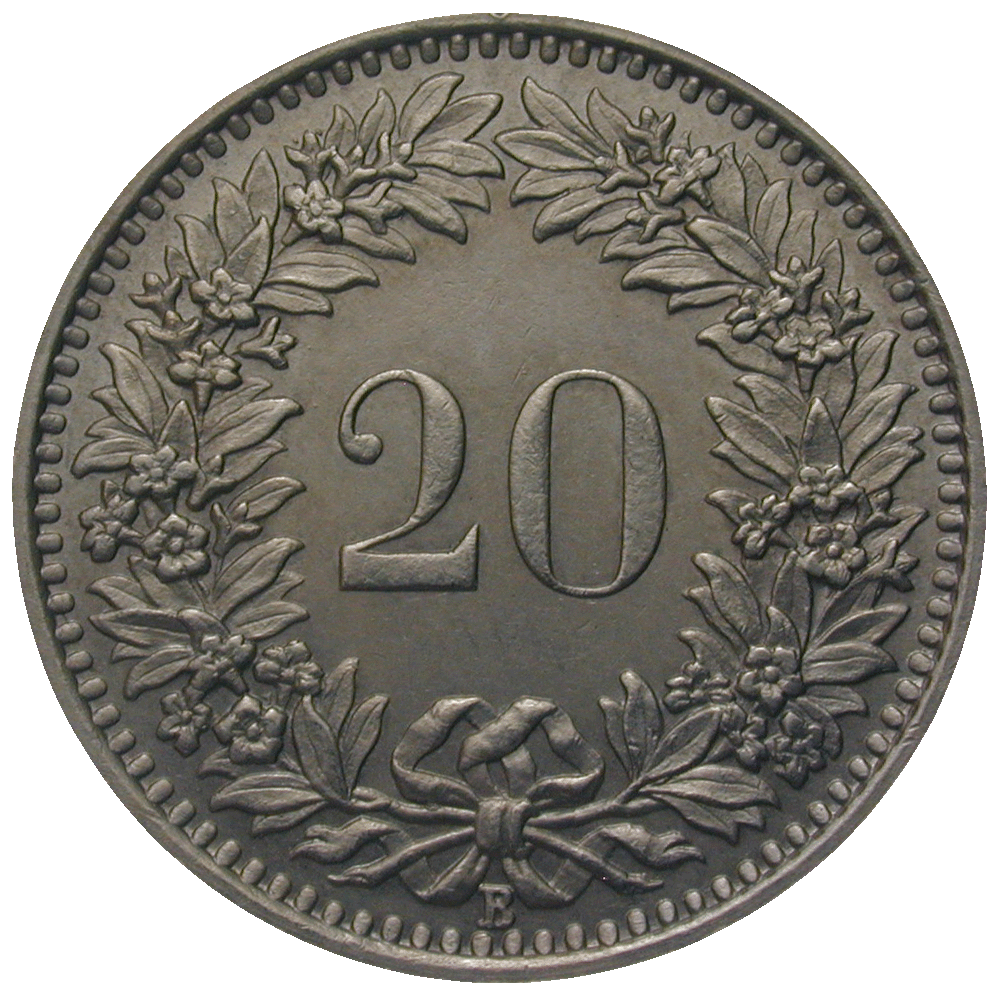 Switzerland issued its 20 rappen-coins from pure nickel as from 1881. This material was considered as especially practical for coinage because its melting point is high and strong tools are needed for minting. This complicated counterfeiting – after all, masses of counterfeited 20 rappen-coins were in circulation then. However, during the Second World War, nickel became a "strategically important material" used for armament. Coinage thus had to switch to the more economical copper-nickel in 1938. This alloy is the metallic base for the 20 rappen-coins up to this day.