Holy Roman Empire, Frederick the Fair and Leopold I, Bracteate 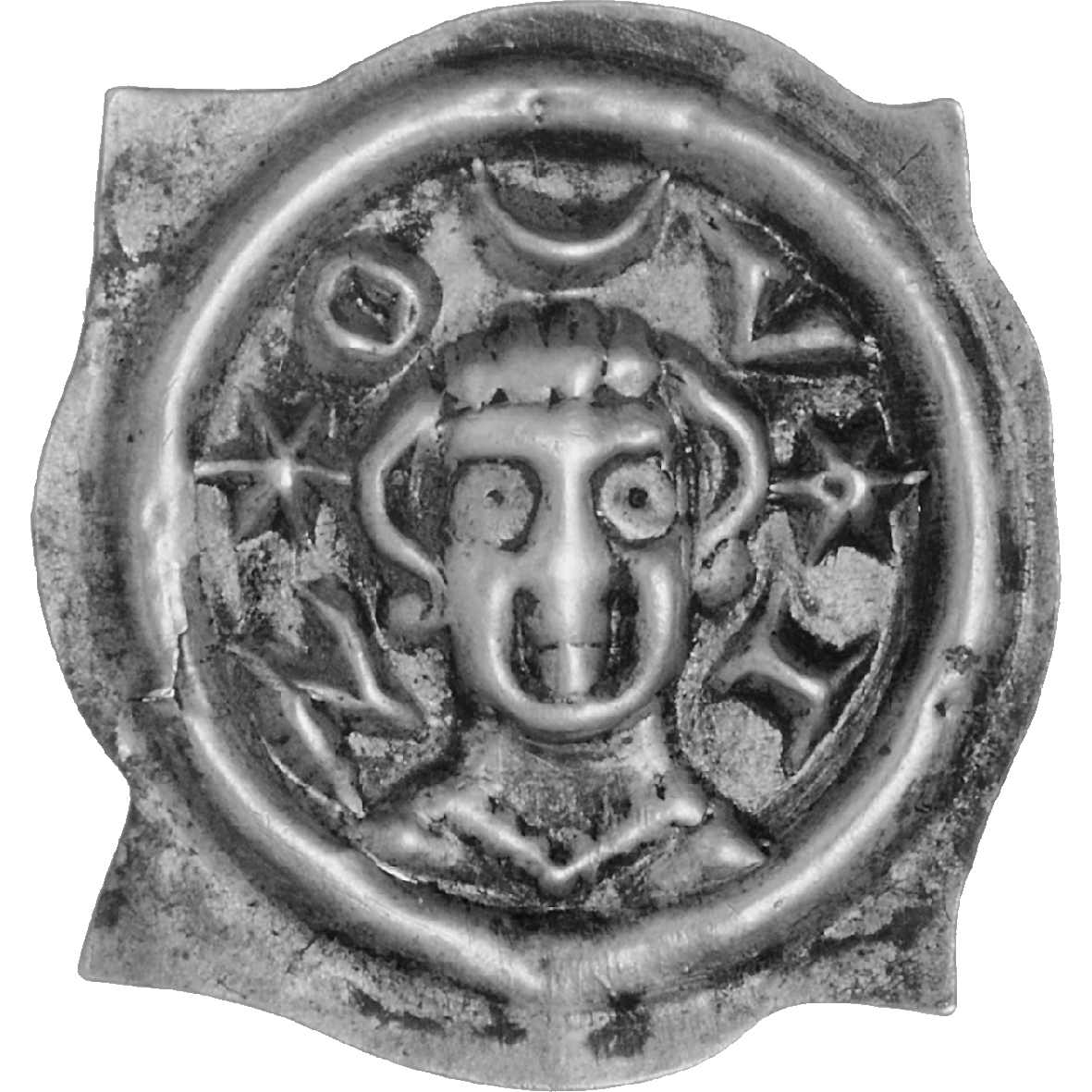 Zofingen was a lively market center on the trade route from Basel to Lucerne in the Middle Ages. The city also accommodated a mint; in the 13th century the right of coinage lay with the counts of Frohburg, and in the 14th century passed to the counts of Habsburg. Regrettably the coin authorities of Zofingen did not issue their individual coins, but settled for imitative coins.

Every coin authority has an interest to spread its money as wide as possible. Coinage is a business like any other, after all; as long as the production costs of a coin are lower than its face value, the issuer makes a profit. In the Middle Ages insignificant mints therefore frequently issued imitative coins – coins modeled after popular foreign money. Imitative coins were not real forgeries because they did not copy their model in every detail. Sometimes, however, one had to have a close look to recognize their origin.

This pfennig from the first half of the 14th century is an imitation made in Zofingen, emulating a widespread pfennig from Zürich. The original pfennig showed the abbess of the Fraumünster Abbey with a veil en face, and the inscription read ZVRICh. On the Zofingen pfennig the abbess was replaced by the city saint Mauricius, and the inscription ZOVI was divided by a crescent moon and two stars. Despite the changes the attempt to deceive is obvious.