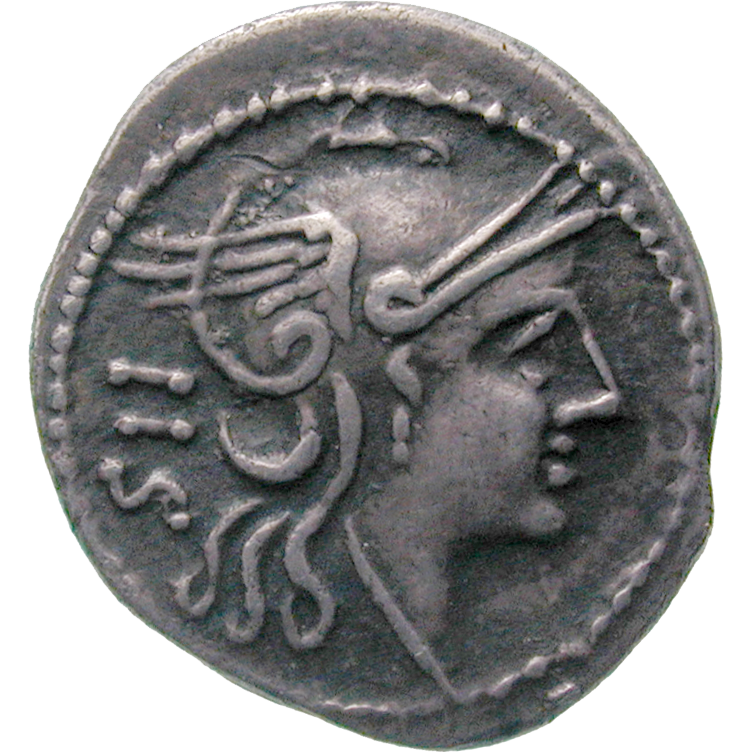 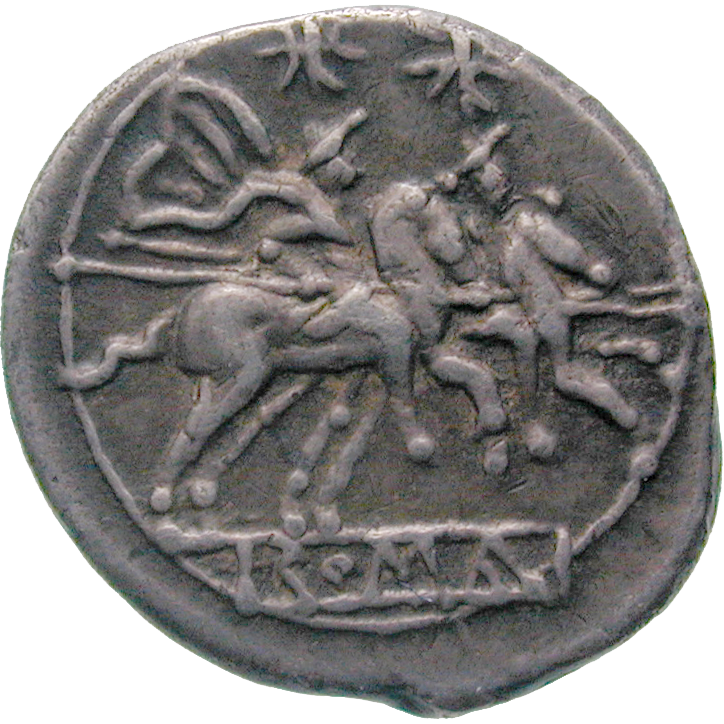 The sesterce was introduced in the course of a reorganization of the Roman currency around 211 BC. The obverse featured the head of the goddess Roma with an Attic helmet and the specification of value, IIS. The reverse depicted the Dioscuri Castor and Pollux and the declaration of the coin's origin, ROMA.