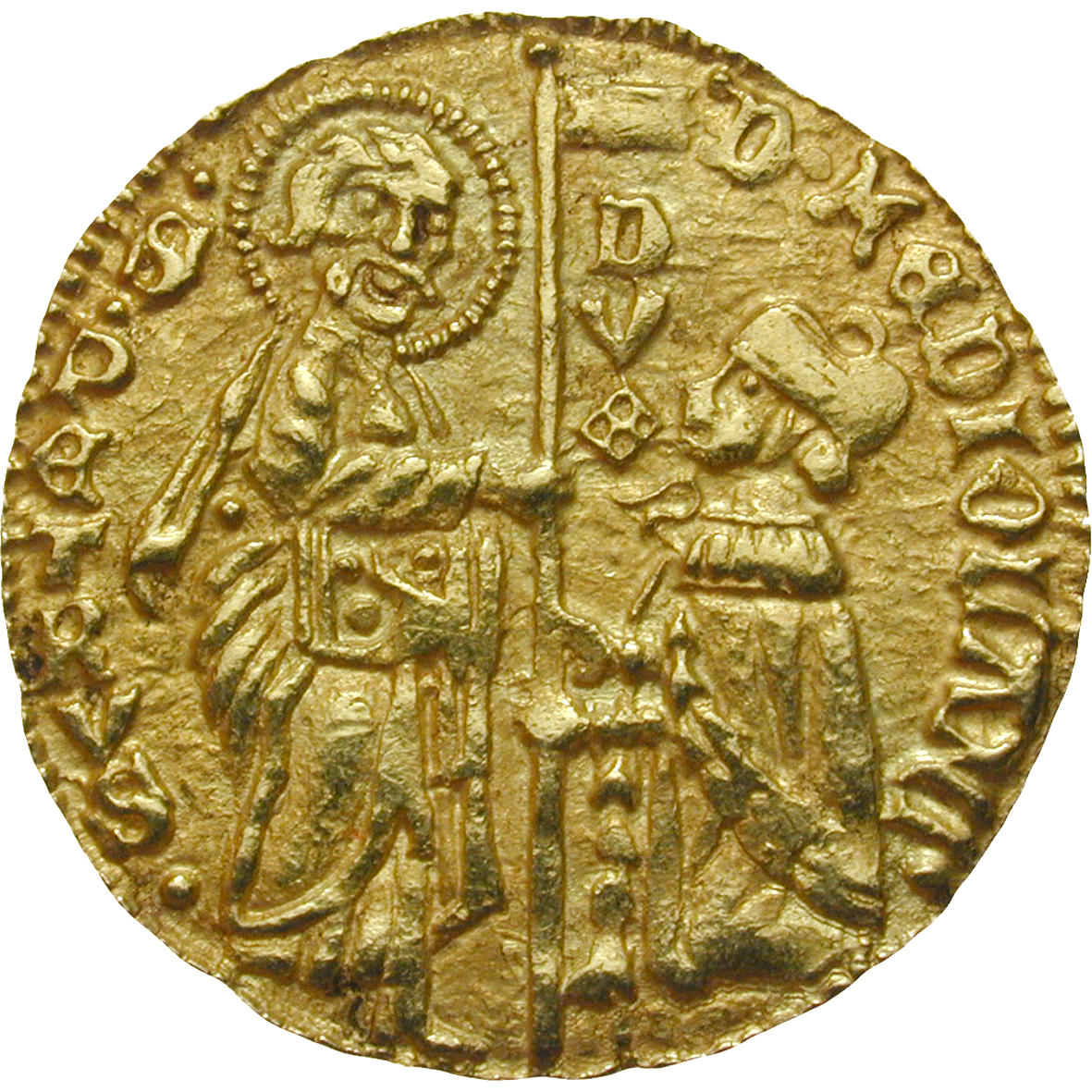 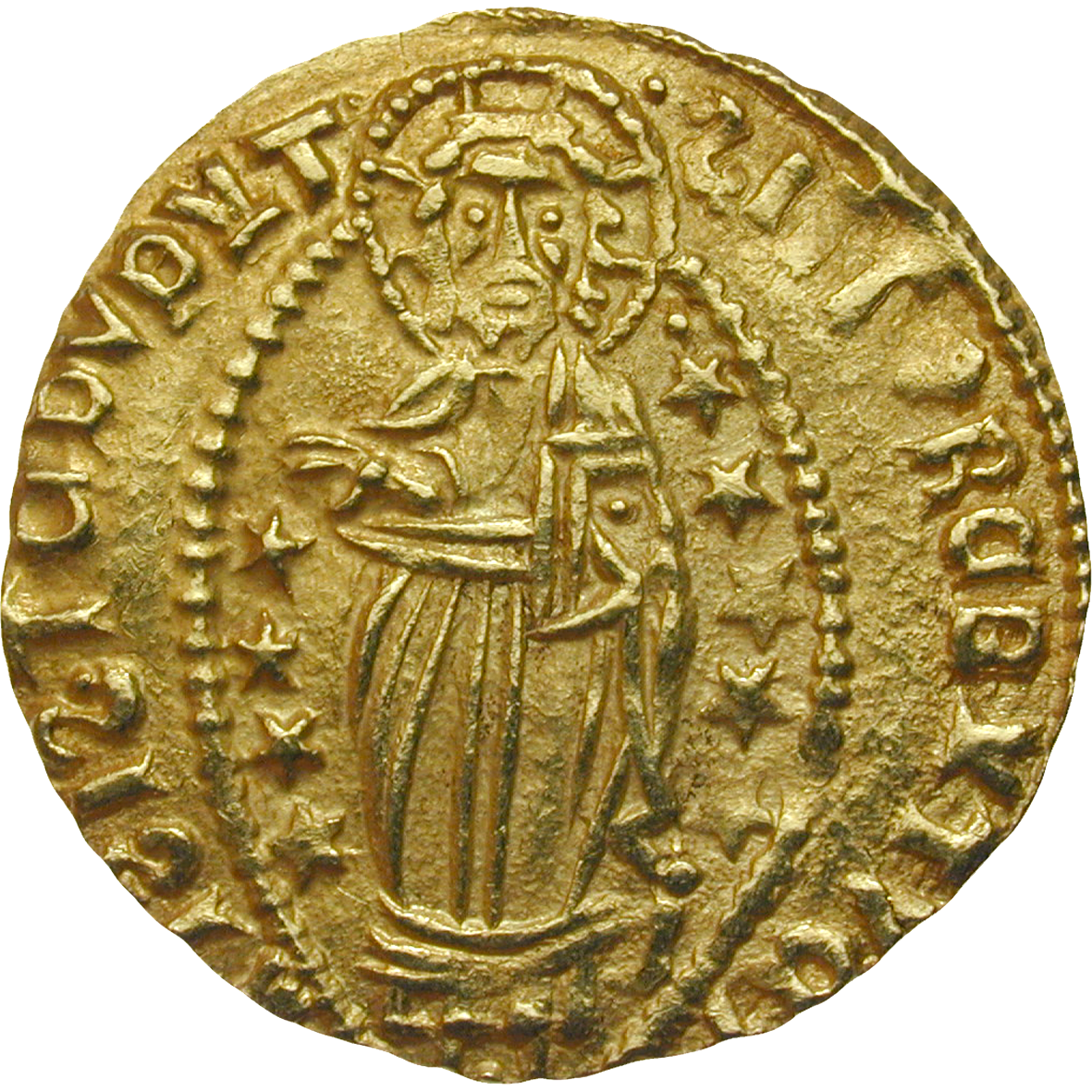 Chios is an island in the Aegean Sea, only a few miles off the coast of Asia Minor. Thanks to its strategic position, the island was a center of culture and trade around 700 BC already. The downside of this privileged location, however, was that Chios attracted many foreign conquerors. In Antiquity it came under the rule of the Persians, the Greeks and the Romans; in the Middle Ages followed the Byzantines, the Venetians and the Genoese.

This ducat was struck during the Genoese rule over Chios. The issuer was Filippo Maria Visconti (1421-1436), the duke of Milan, who in 1421 obtained control over Genoa, too. The coin is an imitation of the ducats from Venice, the most popular trade coins in the region at that time. Its obverse bears the Doge and Saint Peter, the reverse shows Jesus Christ in a mandorla.