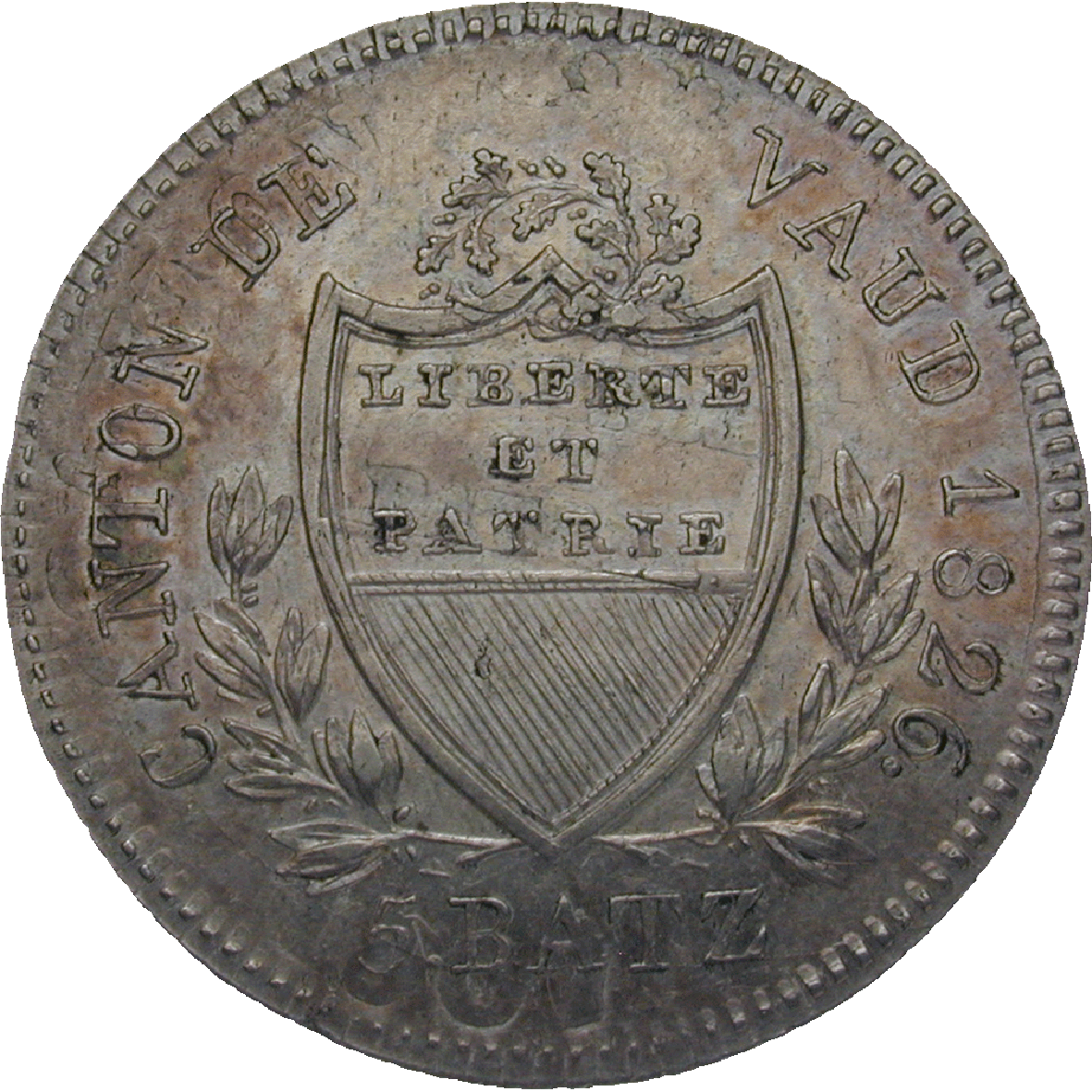 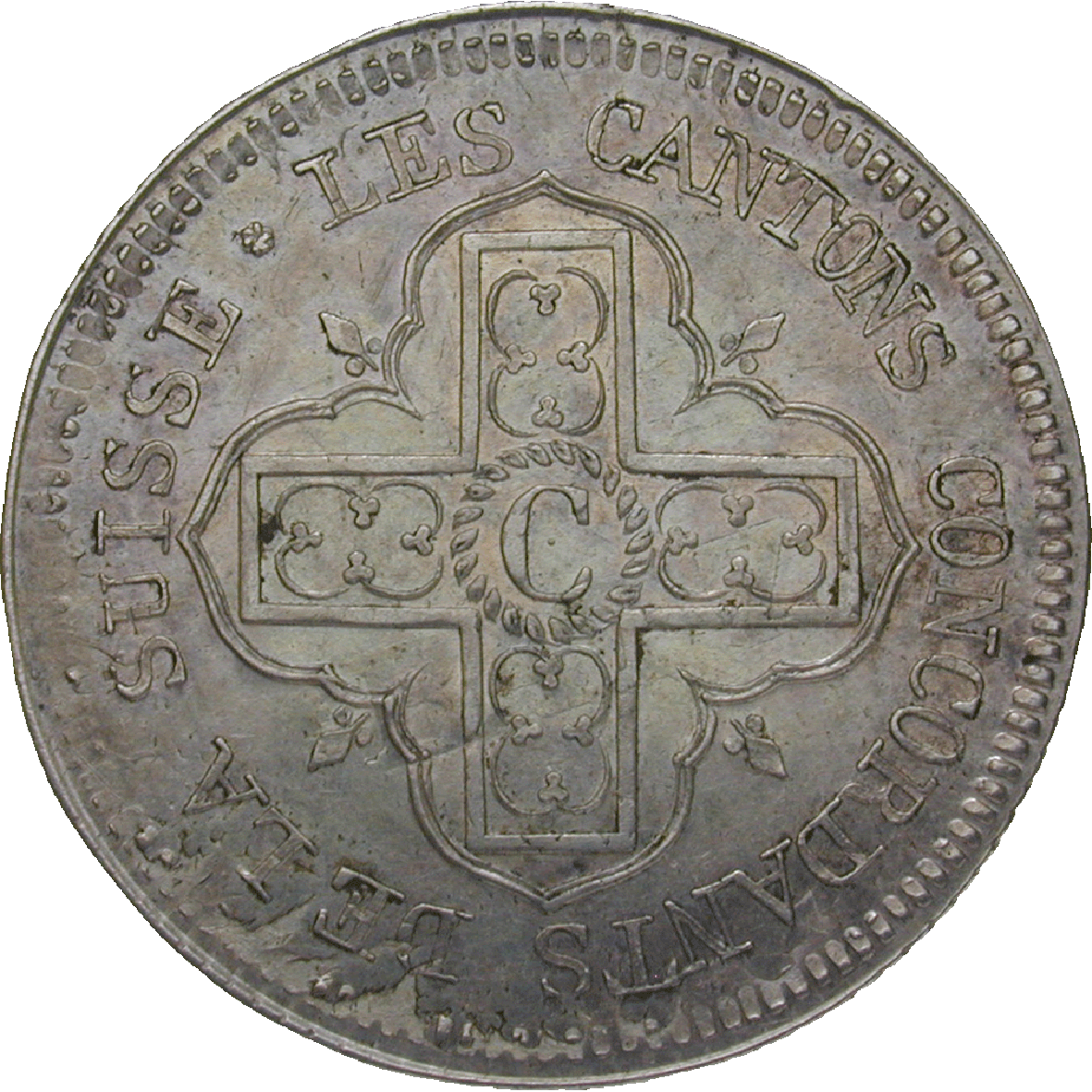 Around the year 1820, some 8000 different coin types were in circulation in Switzerland. The Old Swiss Confederation had collapsed in 1798; but the old coins of the Swiss cities, monasteries, abbeys, barons, dukes and cantons remained in use. They were complemented by the issues of the short-lived Helvetic Republic (1798-1803) and of the cantons from the time of Mediation (1803-1813). This was why in 1825, the cantons of Berne, Basel, Fribourg, Argovia and Vaud agreed on a so-called Coinage Concordat. They demonetized the old small coins and replaced them with new standardized issues. These bore on the obverse a Swiss cross with a large C (for concordat) in the centre, and on the reverse the respective cantonal crest. About 17 million concordat coins with face values of 5, 2.5, 1 and 0.5 batzens were issued altogether.