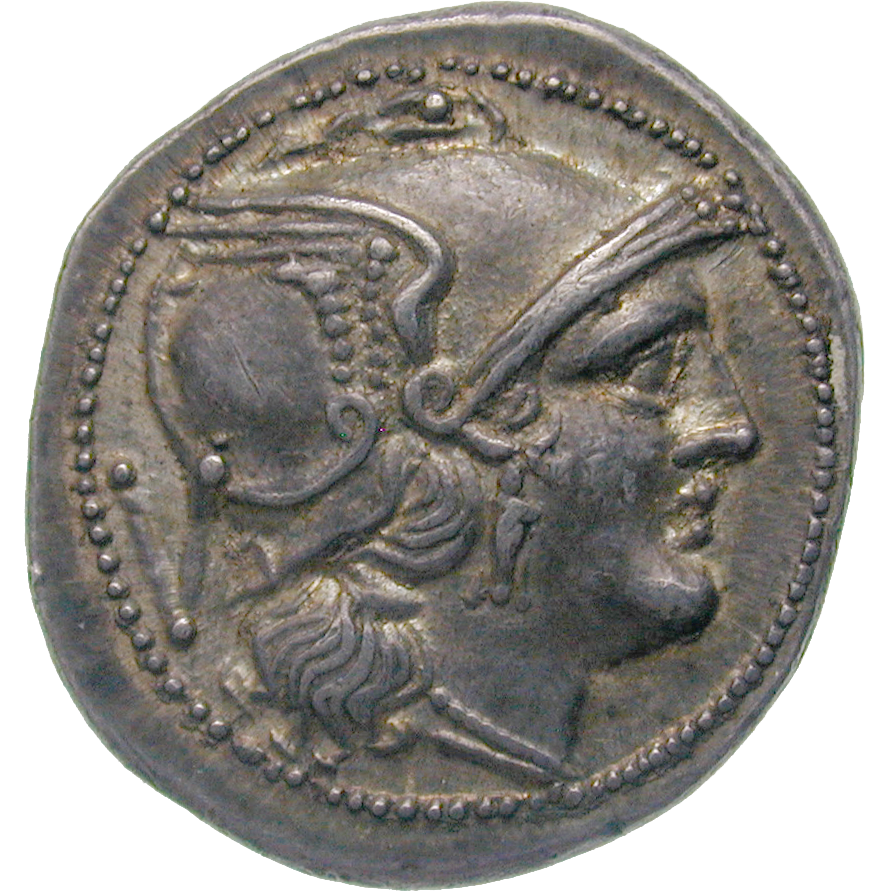 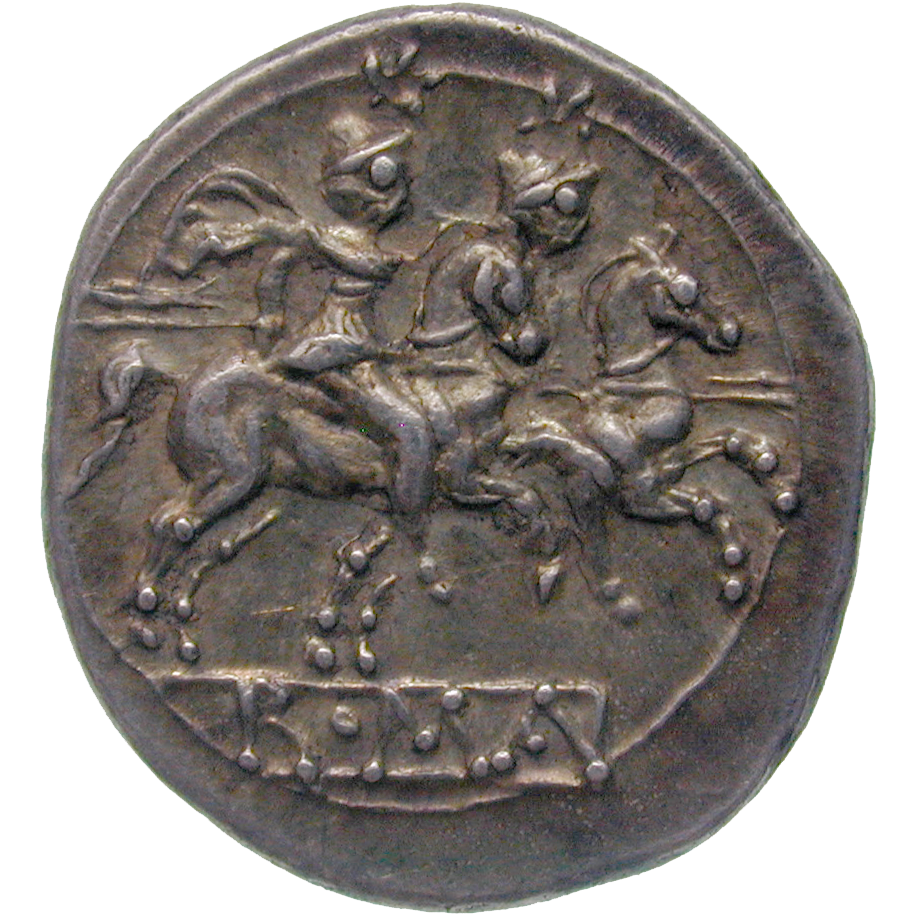 The Dioscuri Castor and Pollux stood for bravery and stratagem and were regarded as rescuers in cases of emergency, especially in battles and storms. In Rome they were worshipped because they had helped the Romans win the Battle on Lake Regillus (499 BC) against the Latin League.

On our quinarius, the twins are depicted as supporters in another desperate situation. The coin was issued at the time of the Second Punic War (218-201 BC), an acrimonious conflict between Rome and Carthage. Across the word ROMA Castor and Pollux are galloping into battle, their lances pointed. Two stars twinkle above their heads, an attribute with which the Dioscuri were often depicted since the end of the 4th century BC.