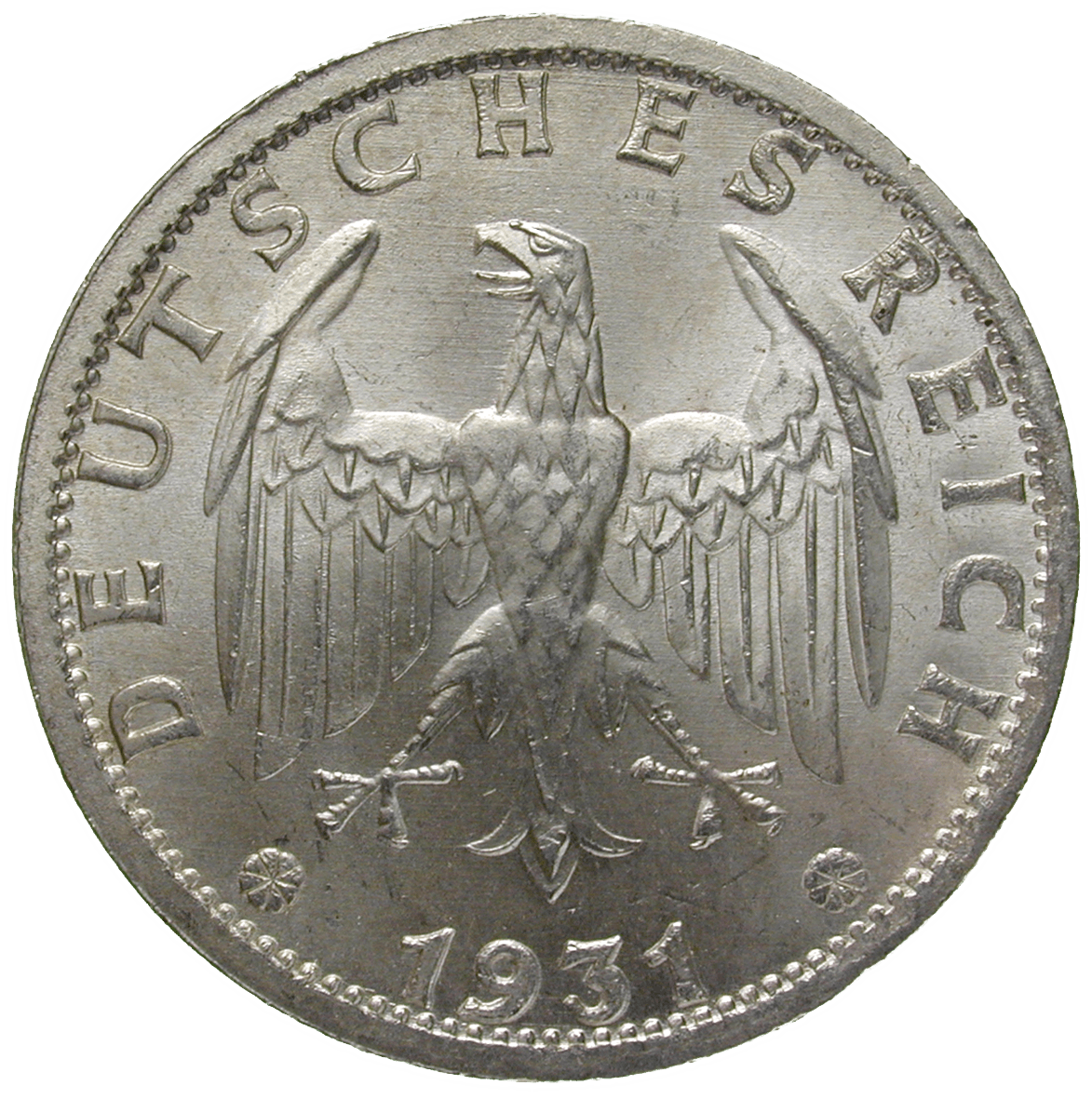 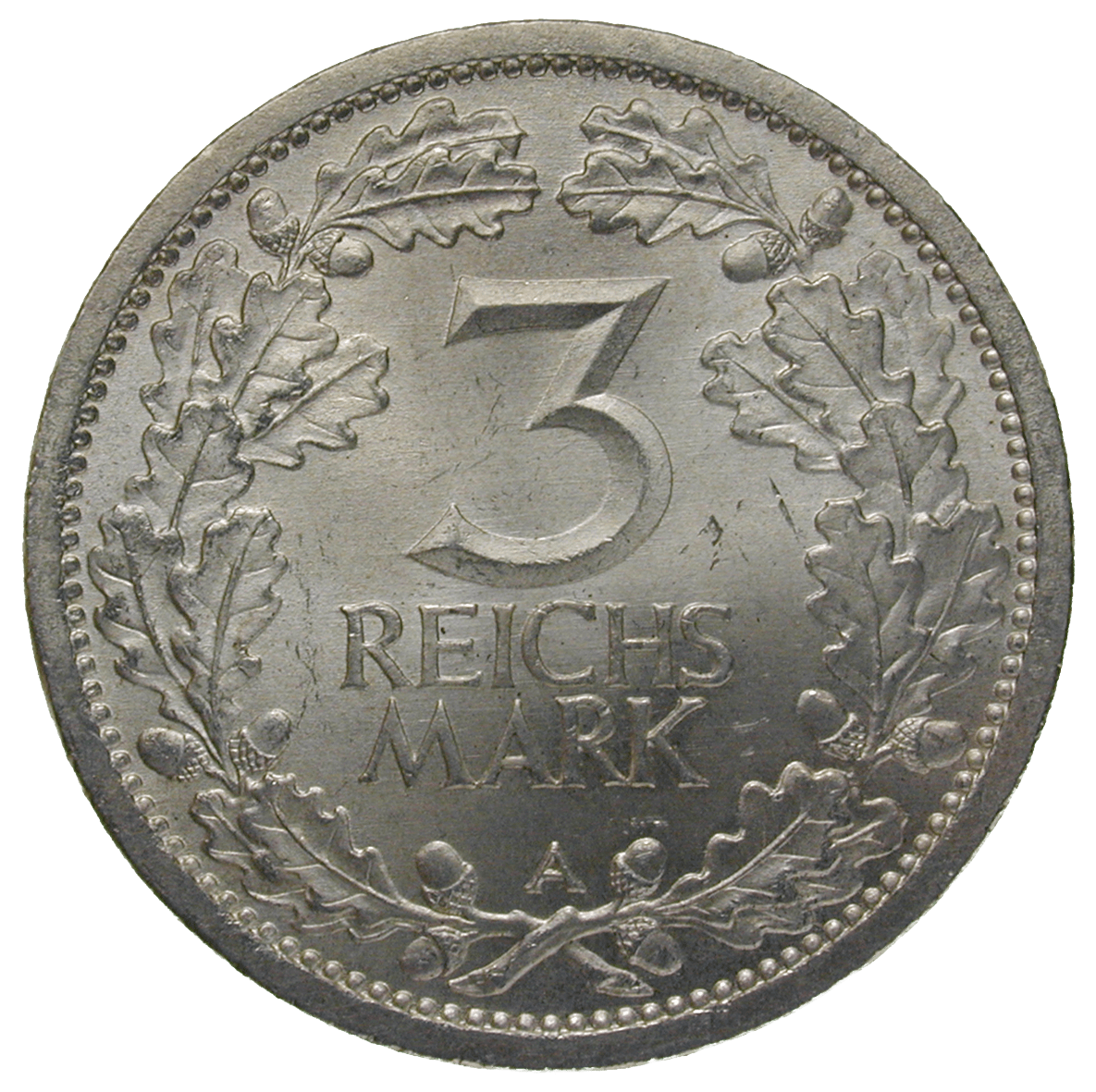 In September 1930, the rightist extremist NSDAP ("Nationalsozialistische Deutsche Arbeiterpartei," "National Socialist German Labor Party") increased the number of its seats in the German Reichstag from 12 to 107. As a result many foreigners began to remove their money from German banks. The volume of money in Germany shrank; the bank deposits sank about seventeen percent in 1931 and about seven percent in 1932. To keep the national income stable nevertheless, the German government began to mint additional coins: The production of a silver coin cost only a third of its face value, hence with the issue of every 3-mark-coin, the government bagged a profit of two marks.