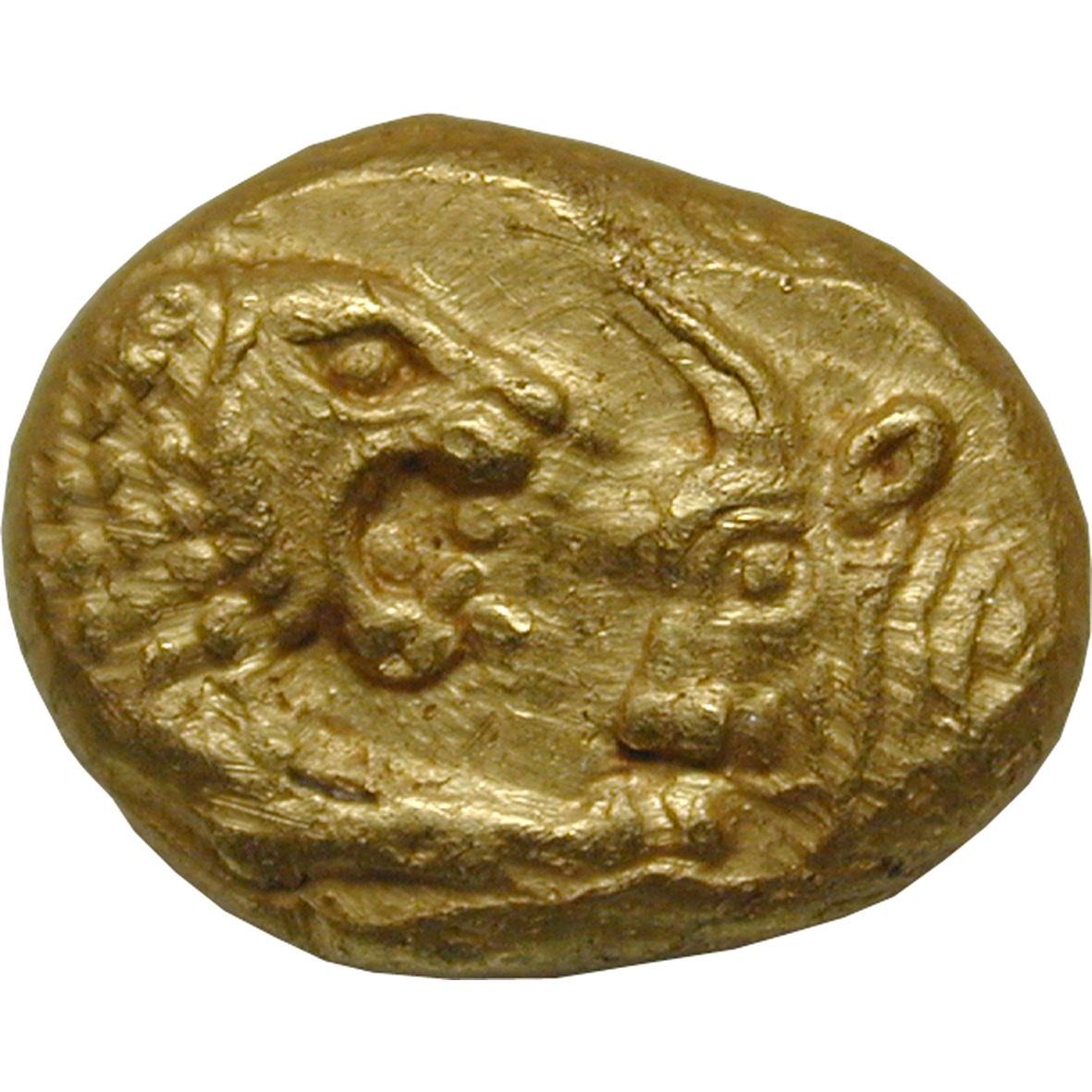 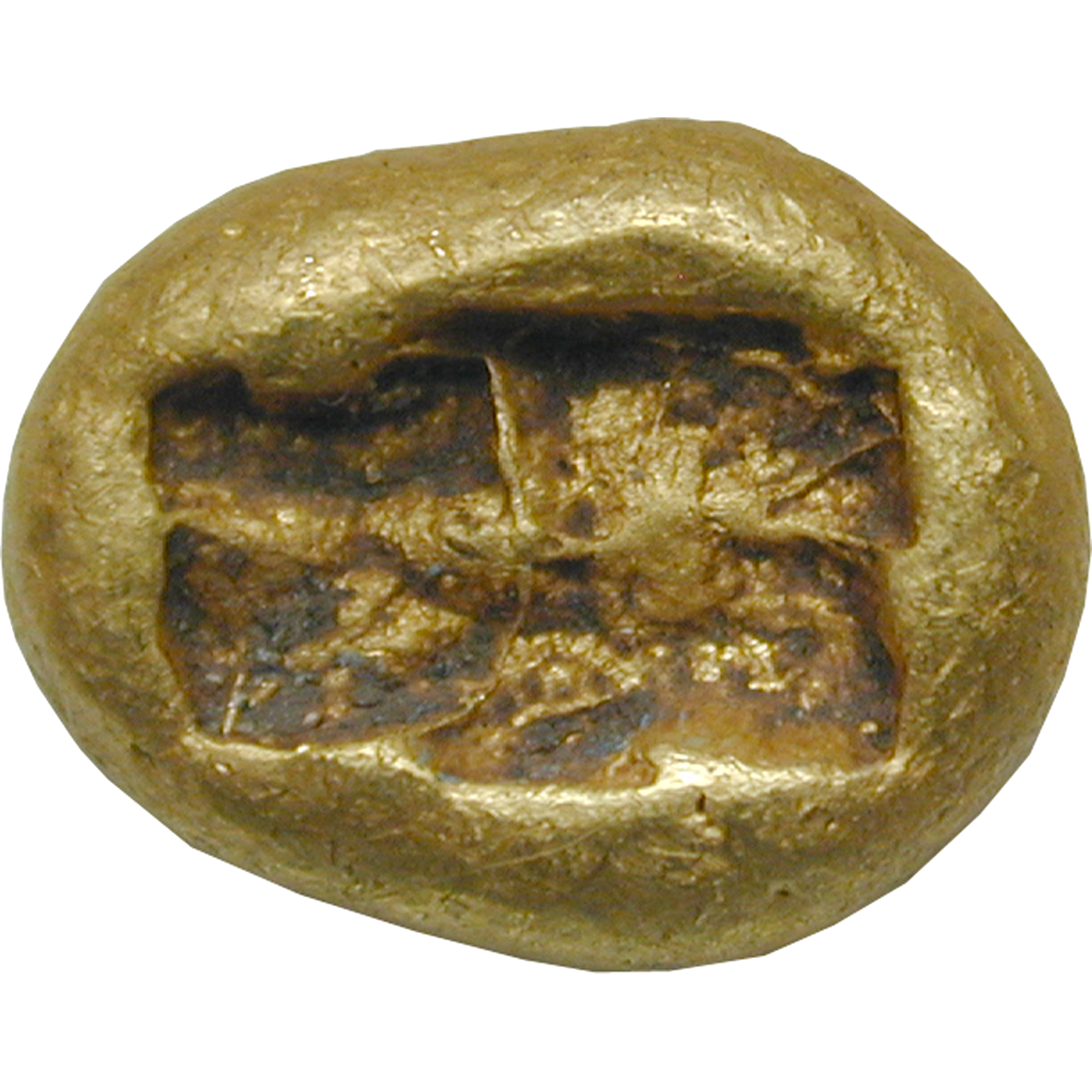 The highest denomination in Croesus' coinage system was the stater. The next smaller value was the siglos of exactly half a stater's weight. A third of a stater was called a trite.

What we take for granted today – for we calculate in dollars and cents, pounds and pennies quite naturally – was something absolutely new in the mid-6th century BC. Croesus therefore is regarded as inventor of our modern monetary system.