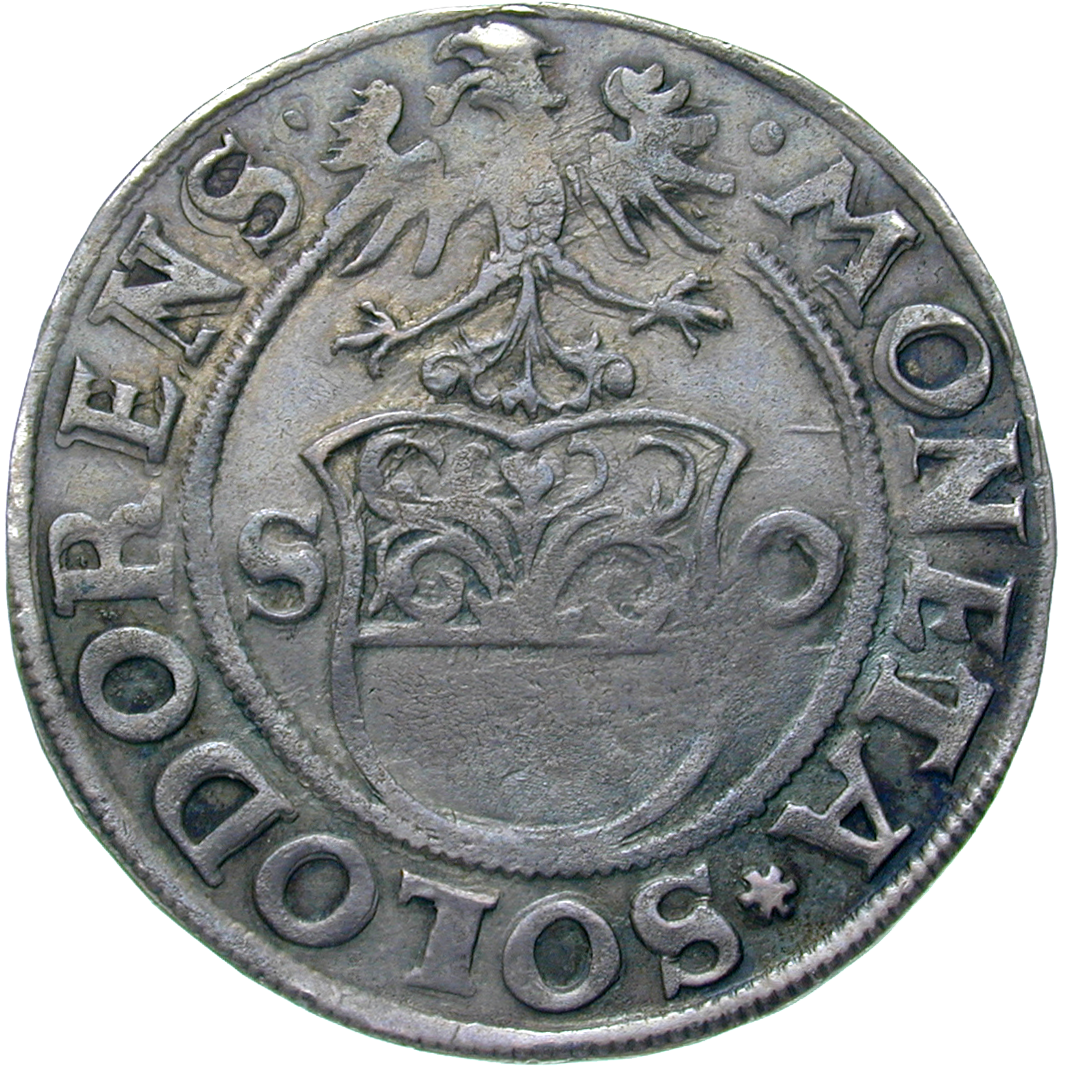 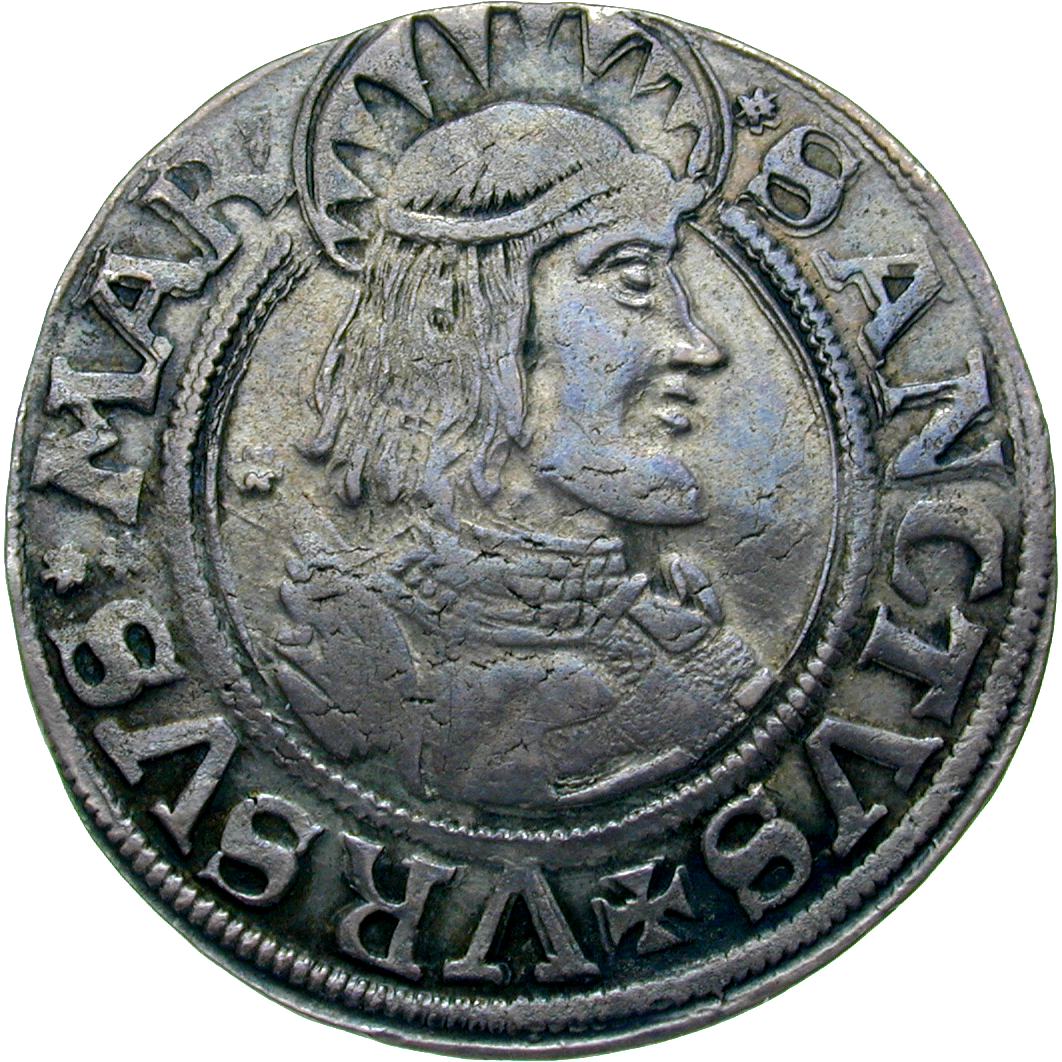 Dickens emerged at a time when monetary economy began to replace barter. Pennies and kreuzers were the only coins in circulation then. But these small coins did not suffice the economic requirements: there was an urgent need for higher values. Hence towards the end of the 15th century some Swiss coin authorities began to issue silver coins at a value of 20 kreuzers. People called these new coins dickens, after their unfamiliar thick form. This dicken was issued in the 16th century in Solothurn. It bears the crest of the city on its obverse, together with a single-headed imperial eagle and the legend MONETA SOLODORENSI(S). The reverse shows Saint Ursus, the city patron of Solothurn. The inscription SANCTVS VRSVS MAR(TYR) makes sure that there can be no doubt about the person depicted. Ursus was the city saint of Solothurn, because he was said to have died as martyr in the region of Solothurn around the year 302 AD.