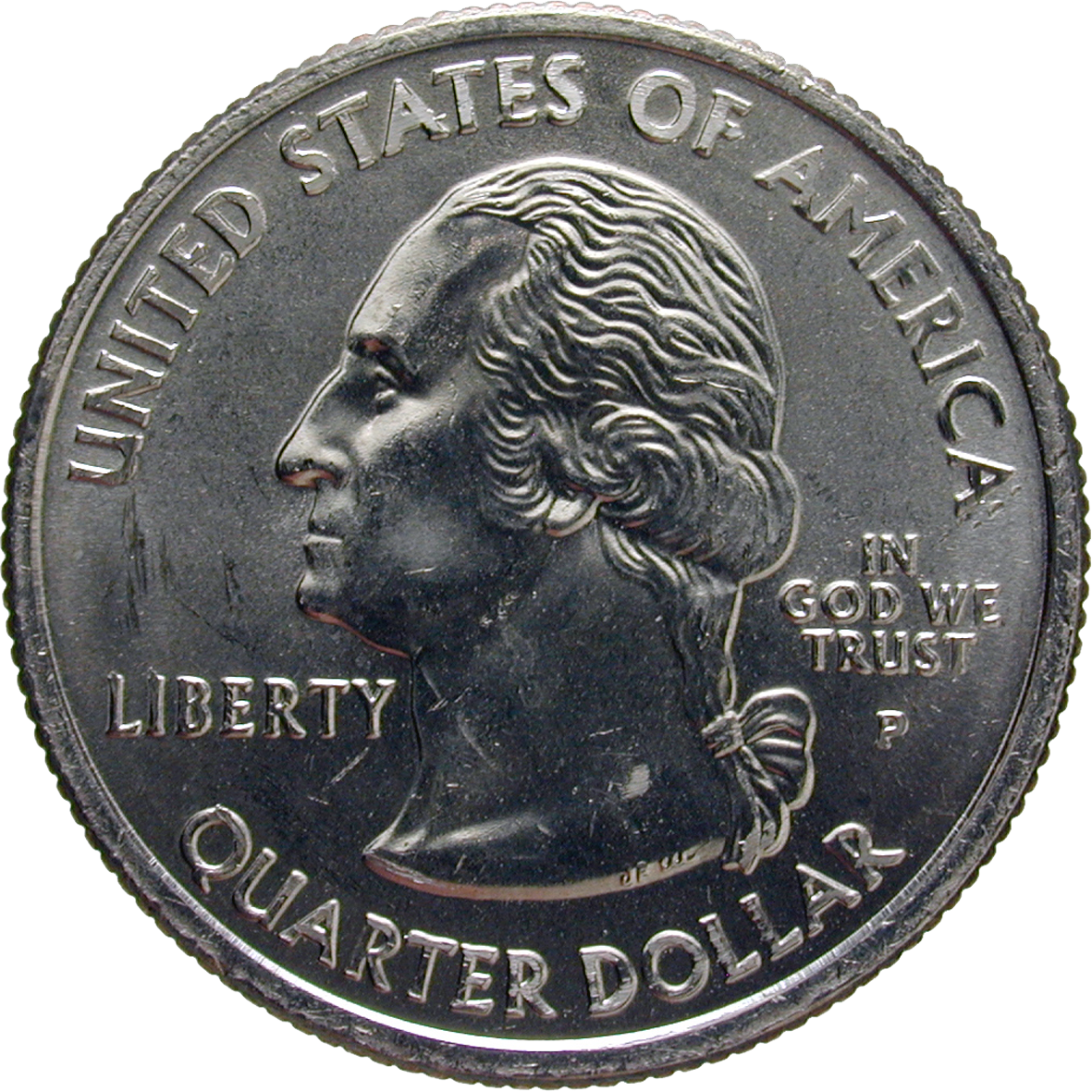 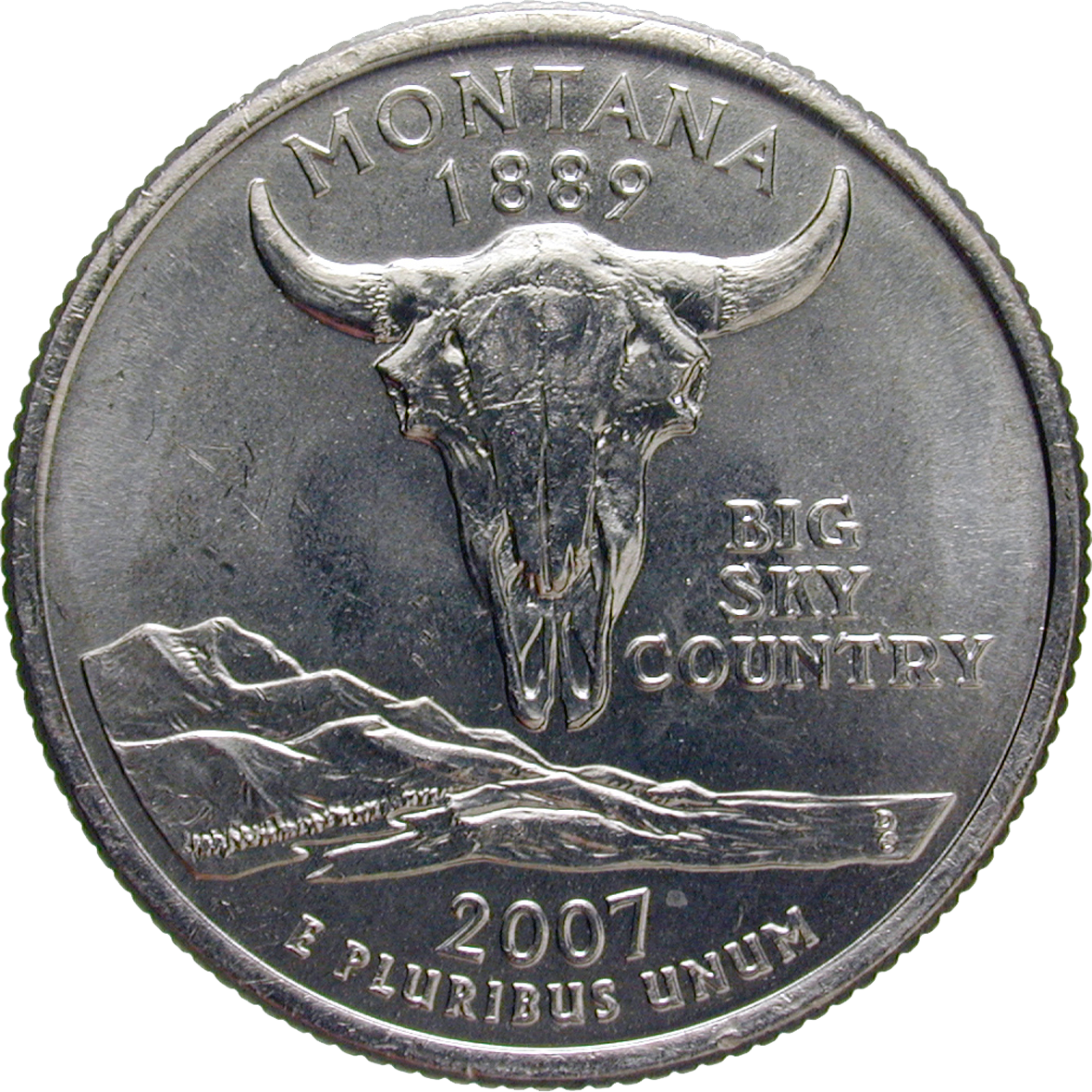 Several American coins feature a bison, most famously the 'buffalo nickel' issued from 1913 to 1938. A buffalo skull, however, is a rather unusual motif. The American State of Montana chose to depict it on its state quarter nevertheless. In the background are mountains and the Missouri River, the inscription reads 'Big Sky Country'.

The bison or buffalo skull is a symbol of Montana. It is the land of the Rocky Mountains, of the Great Plains and of Yellowstone National Park. Millions of buffalos used to live here. However, by the end of the 19th century the population had been reduced to some hundreds. The rest had been killed by white hunters, or died of bovine diseases imported by the cattle of the white settlers. Even though the buffalo population has recovered in the meantime, it makes thus sense to depict a dead buffalo rather than a living.