United Kingdom of Great Britain for West Africa, Manilla, until 1948 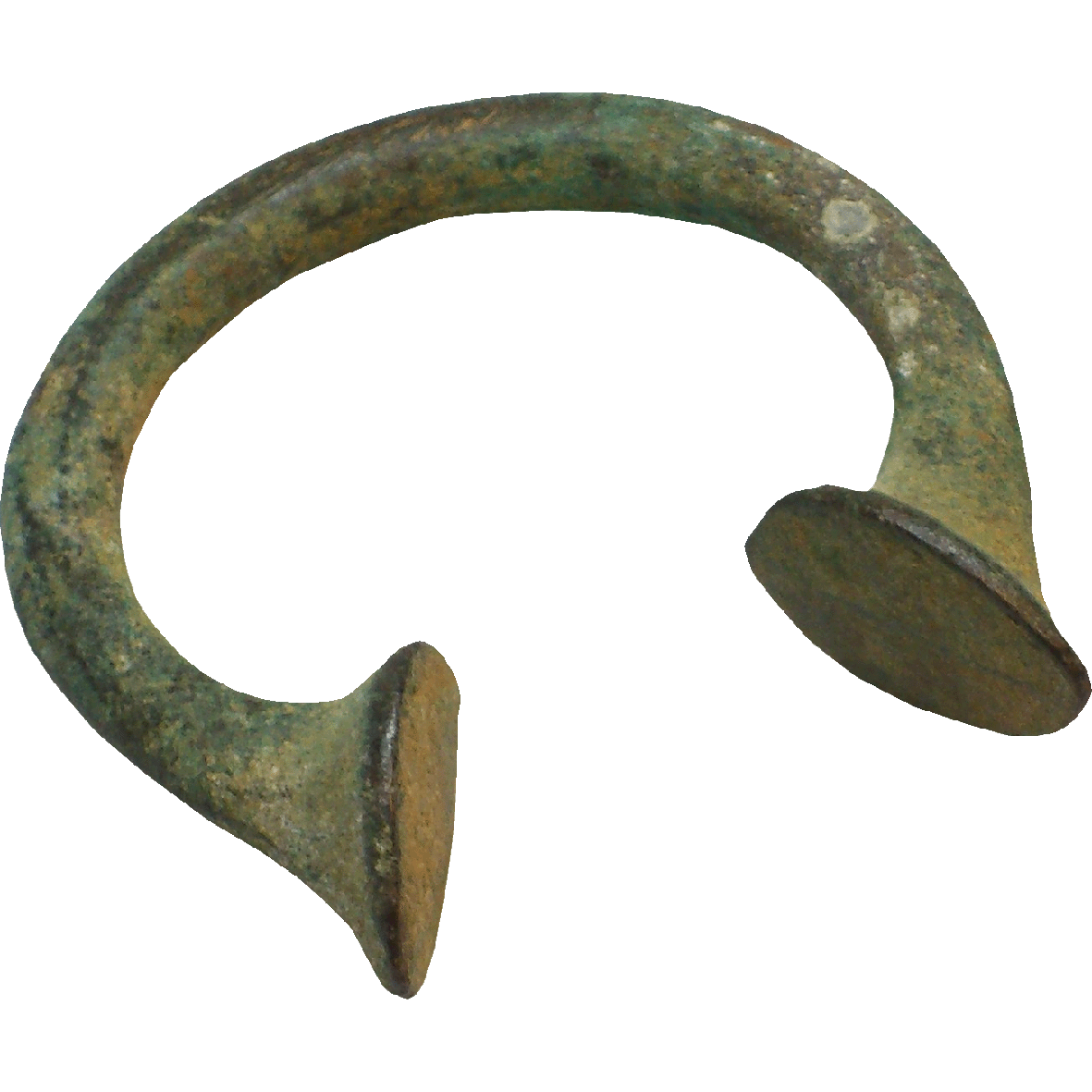 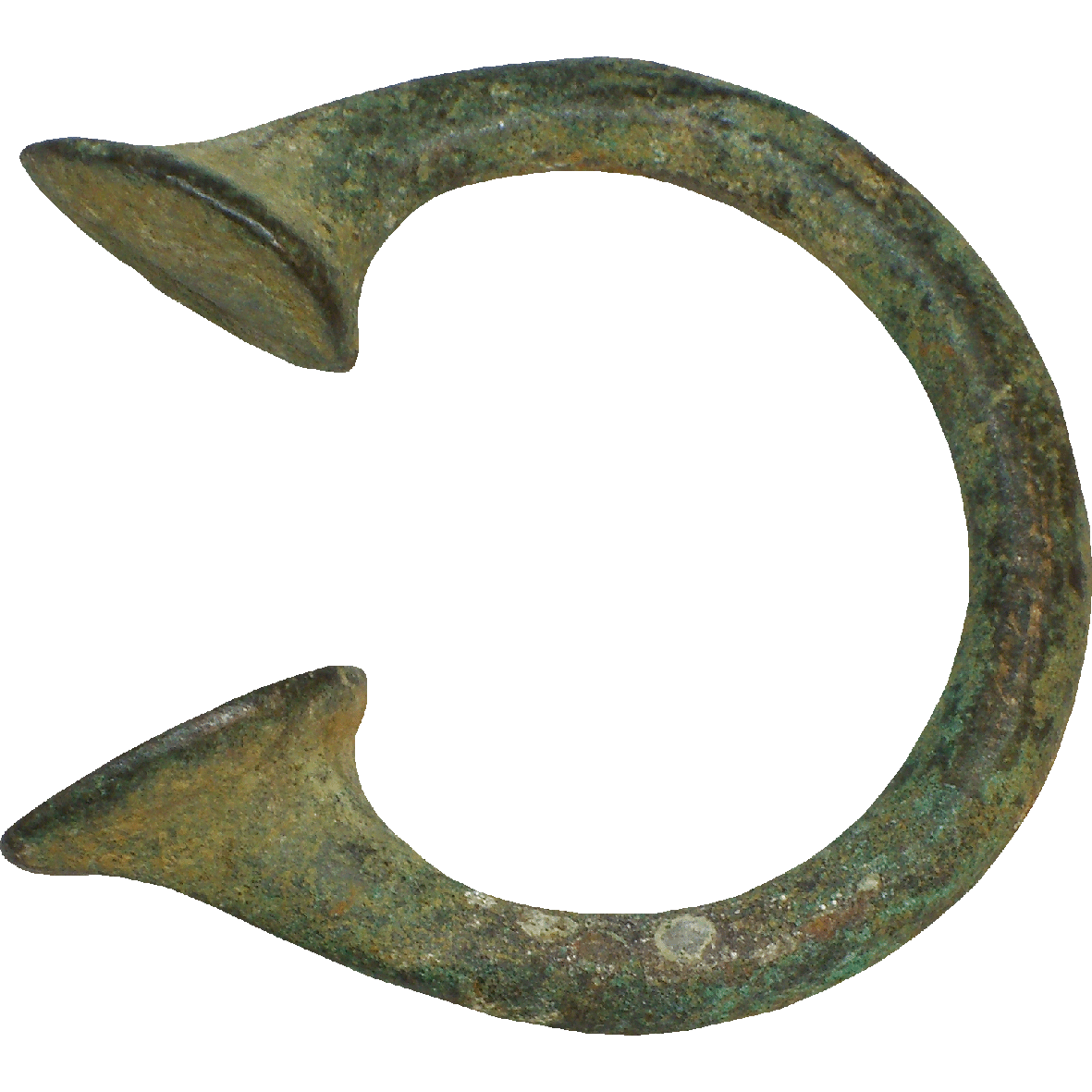 The earliest known images of manillas date back to the 16th or 17th century. They show manillas that look just like this one, only that they were much larger and heavier. Those early manillas weighed some 300 grams. Because manillas allowed profitable businesses, Portuguese, French, Germans, Dutch and English produced manillas too. These European pieces were much lighter than the original types, however. The best known are the British so called Birmingham manillas. They looked like their models but weighed not more than 100 grams. Mass import of Birmingham manillas in the 19th century caused their value to drop, so that they finally were used as money in daily life.