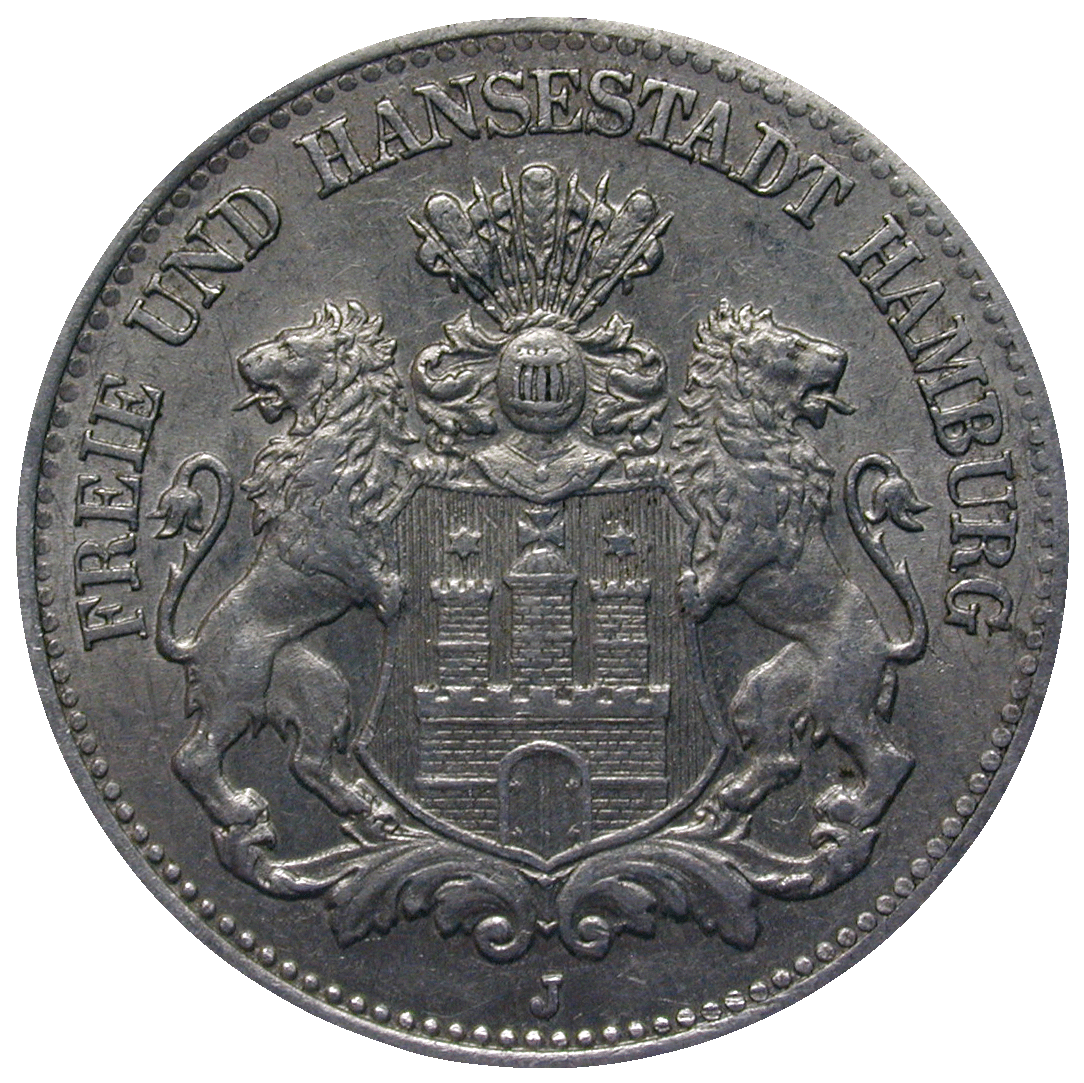 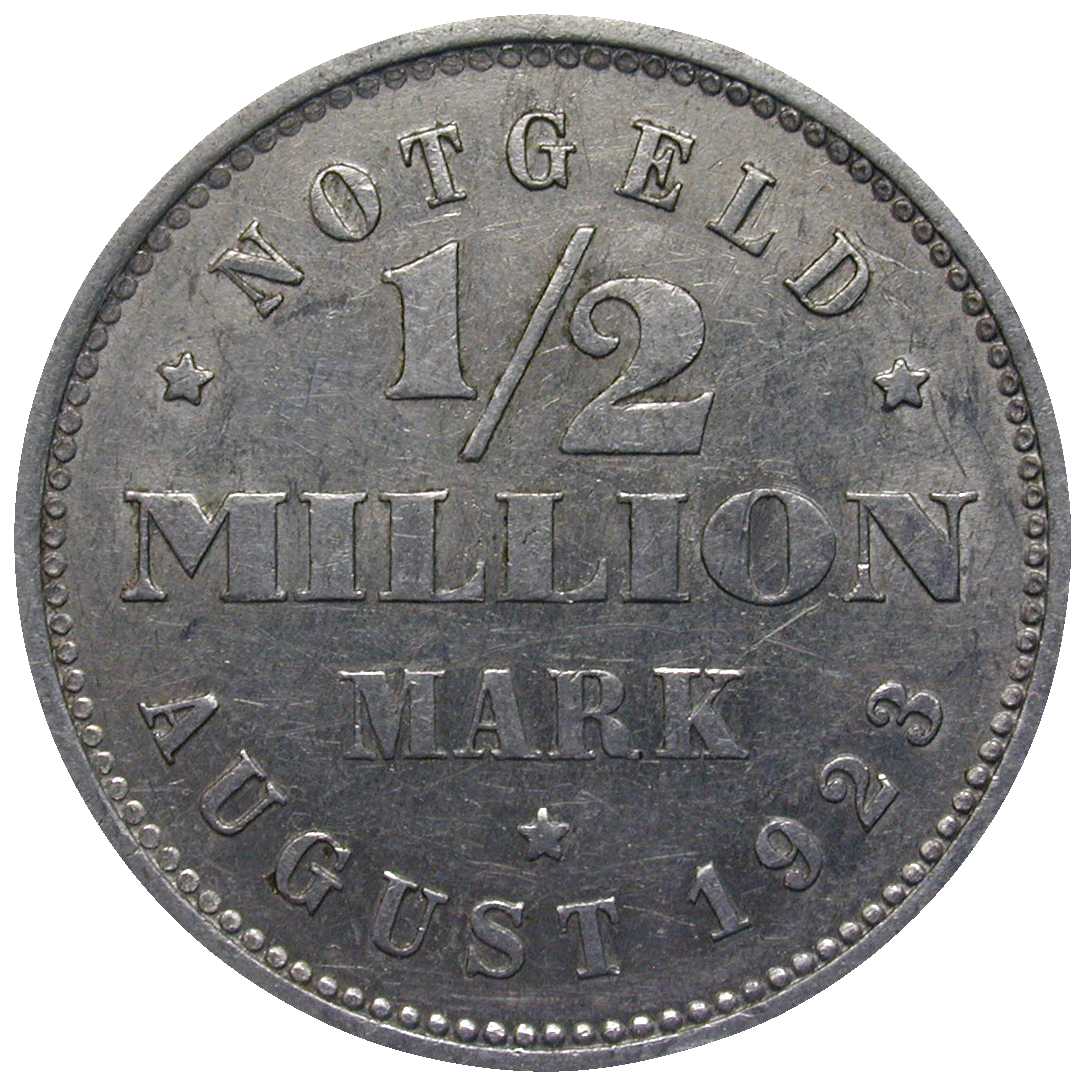 The circulating volume of money in the German Empire, increased incessantly during the First World War (1914-1918). The war had to be paid for, which was mainly accomplished by war loans, treasury bills, treasury warrants and similar debenture bonds. Mints and printing plants worked nonstop. But with the amount of money rising, the value of money sank, as well as its purchasing power. When the inflation reached its peak in 1923, coins had become useless as means of payment. Given the hourly impairment of the mark, the value of a coin's material was worth more than its face value soon after its coinage already. Therefore in August 1923, the city of Hamburg minted coins with face values so high, that the coins would keep some buying power for at least a few days. This emergency coin has a value of 500,000 mark.