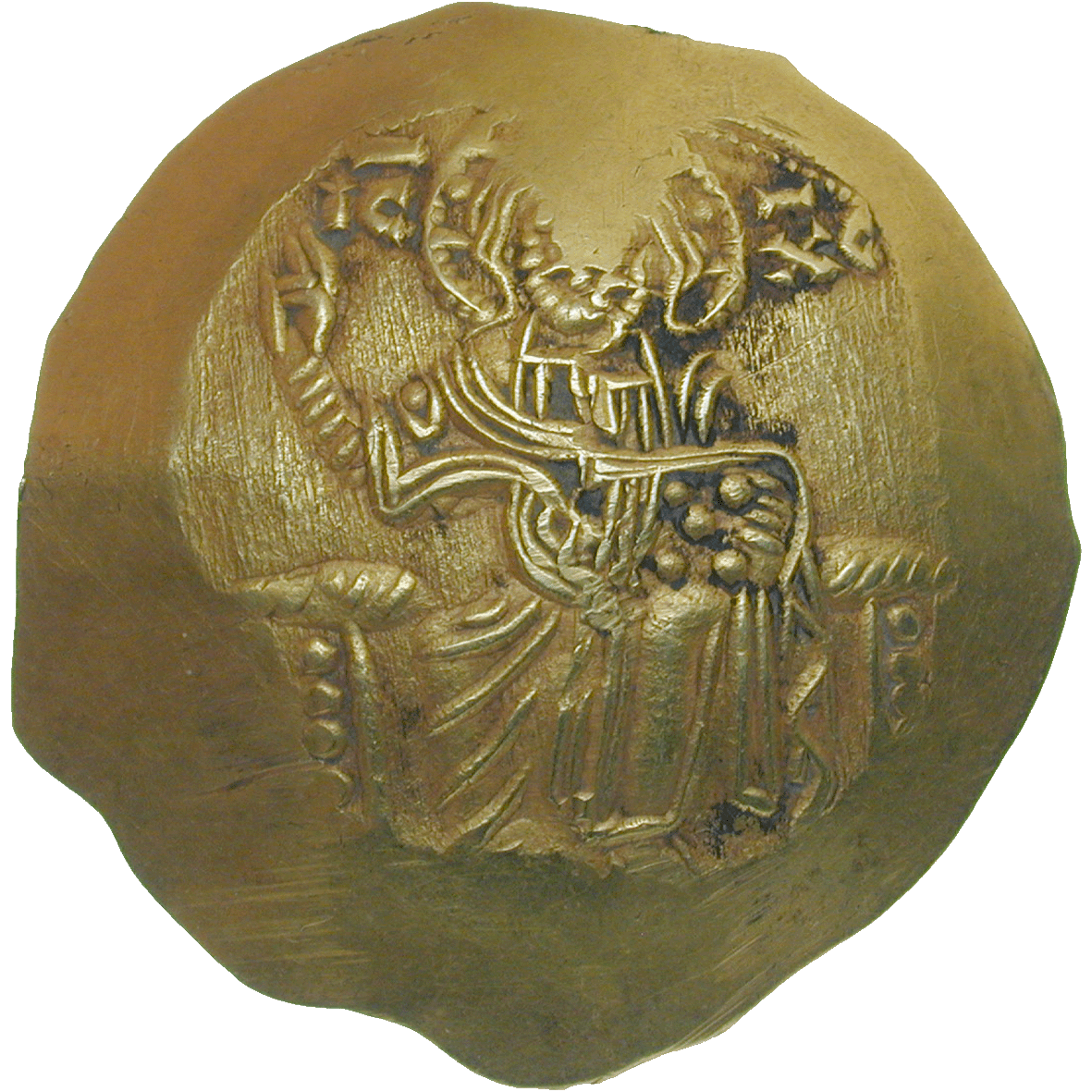 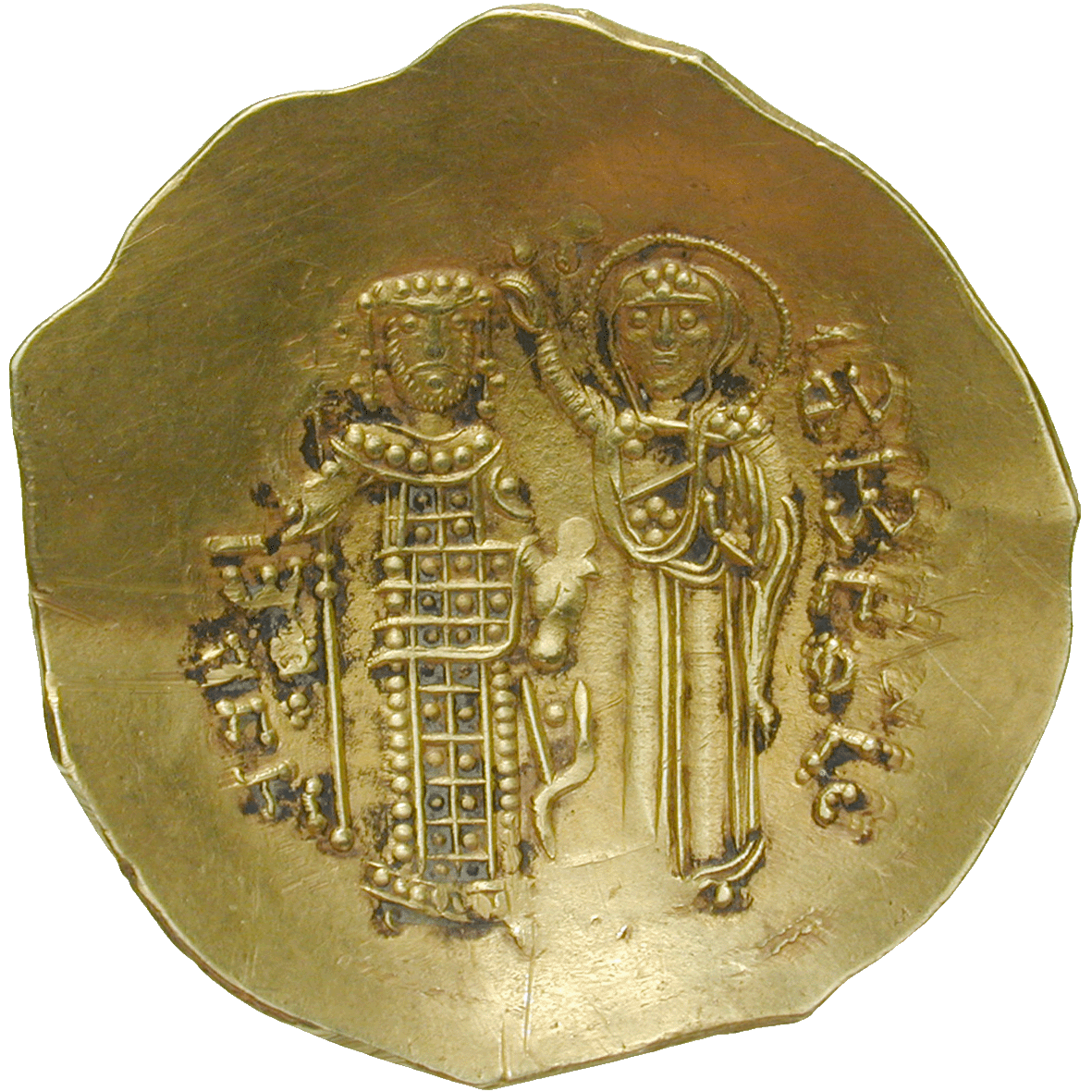 In the year 1204, Christian crusaders conquered and plundered the Christian city of Constantinople. The Byzantine Empire dissolved, but soon new Byzantine states emerged. The largest of them was Nicaea, where the Byzantine government in exile resided. In 1261, the Empire of Nicaea was dissolved again: that year, the Byzantines succeeded to win back their old capital Constantinople, and the emperor returned there. The hyperpyron had been the standard gold coin of the Byzantine Empire and was minted in Nicaea as well. Yet since the Empire of Nicaea was not the centre of commerce that the old Byzantine Empire had been, it had at its disposal only a few products, predominantly agricultural. The resulting imbalance of trade affected the currency, and the fineness of the coinage could not be maintained at the prescribed level.