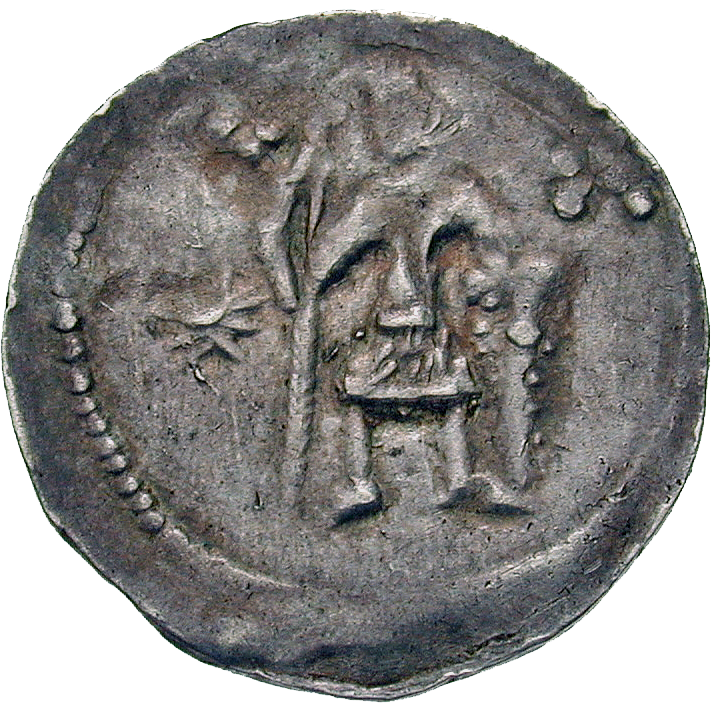 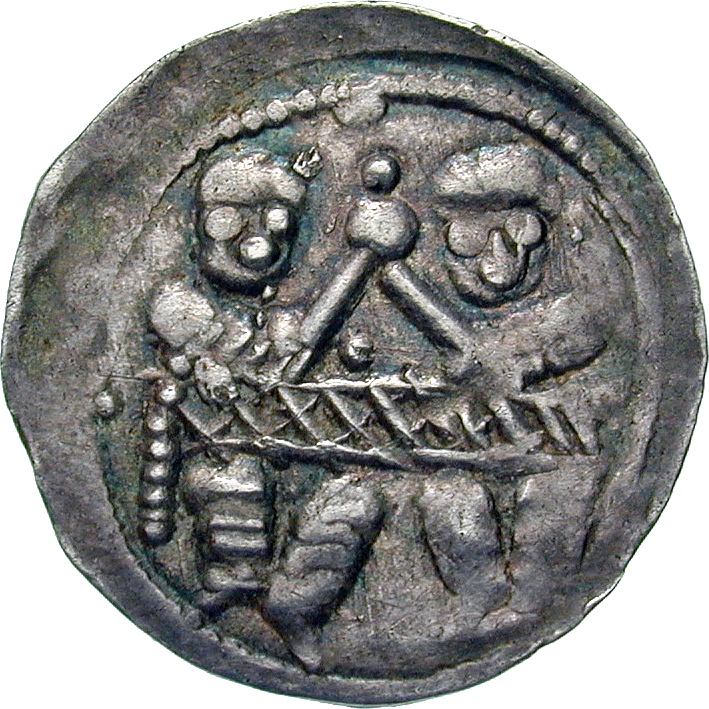 This denarius was issued under Bolesław IV the Curly, who was duke from 1146 to 1174 in what is Poland today. At that time many of the Polish dukes, just like their German counterparts, used to demonetize their coins every few years and replace them with new ones. The coins were therefore often carelessly produced. Bolesław IV had his coins exchanged every two to six years. This system yielded a nice profit for the duke. The silver content of the new coins was lower than that of their precursors, and the exchange rate usually was four old coins for three new ones.