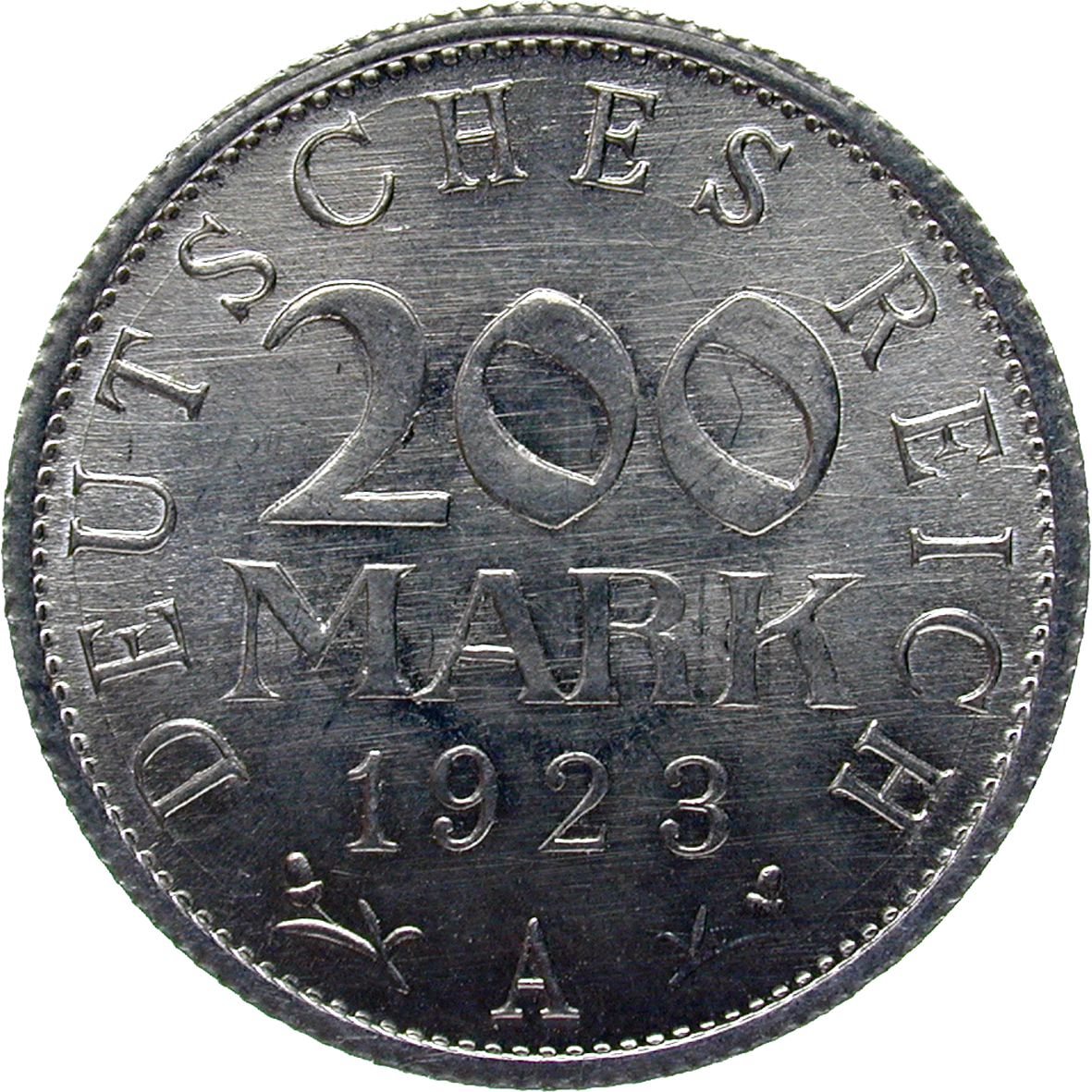 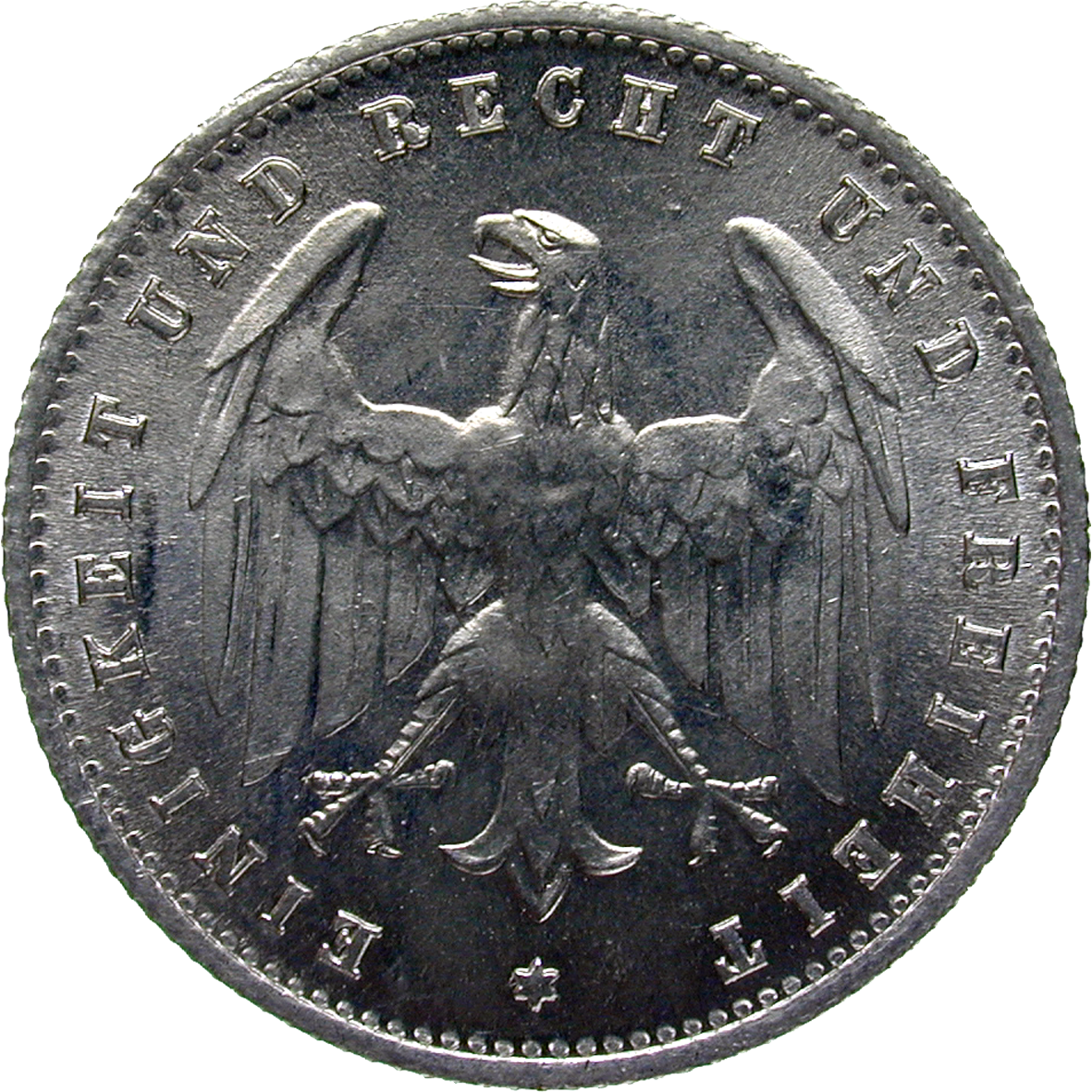 During the last phases of the German inflation, coins became irrelevant. Still, in 1923, the Reichsbank minted 200- and 500-mark coins. Most of them never came into circulation, however: those coins lost their value the day they were minted. Compared with the purchasing power of 1913 – the year before war started – the 200-mark coin was worth 4 pfennigs by the time of its mintage, and the 500-mark coin 6 pfennigs respectively. Thus, coin production was ceased completely in August 1923.