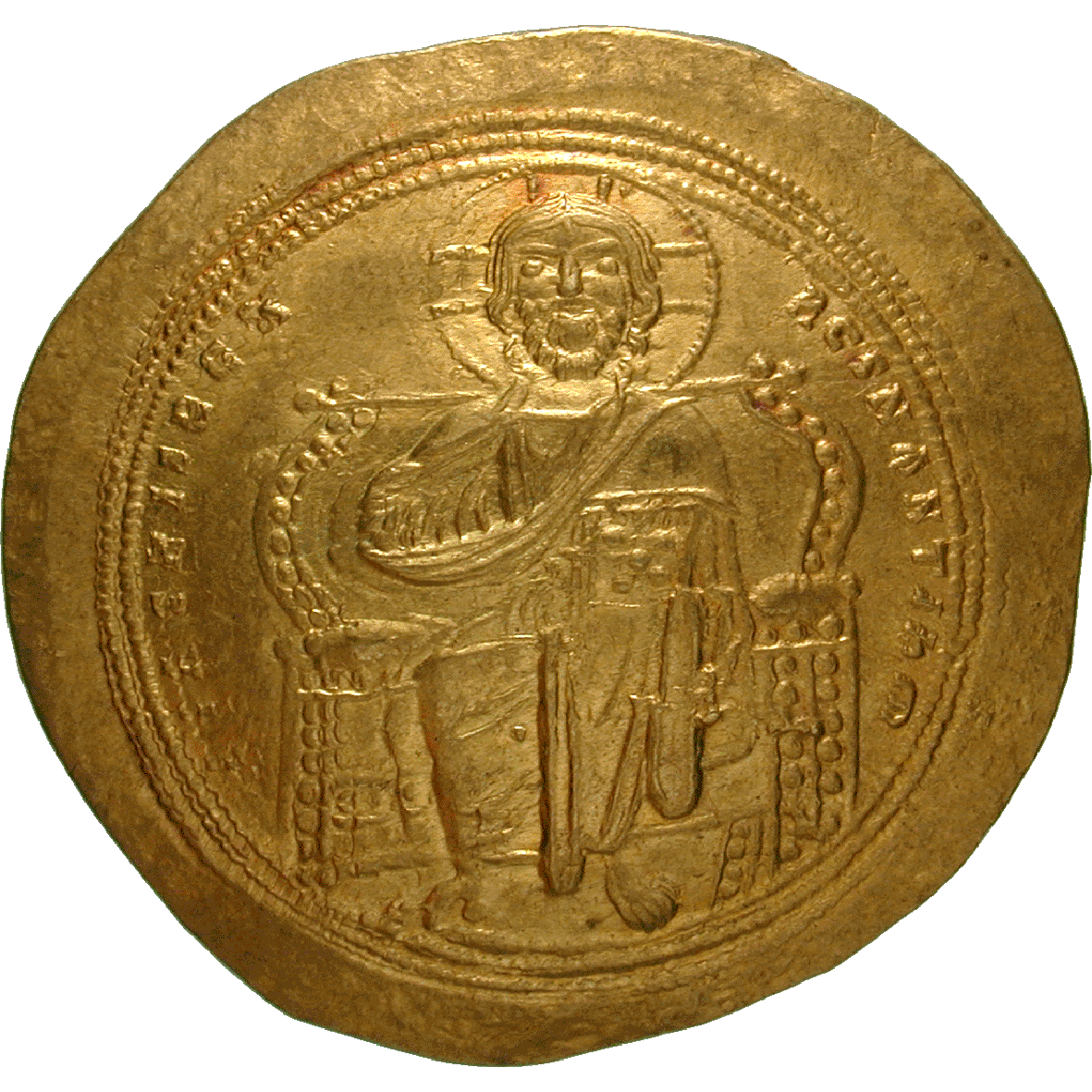 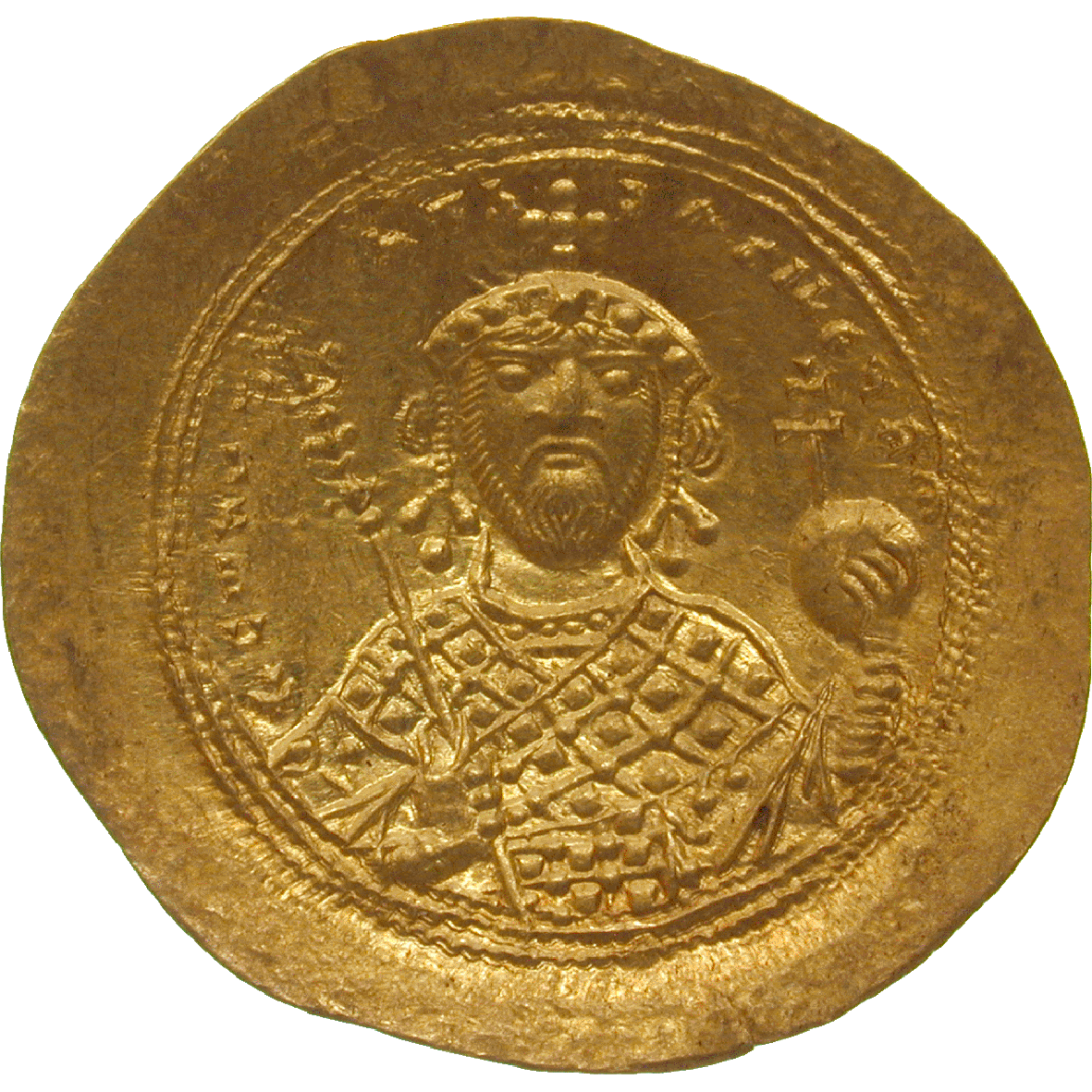 This coin from the mid-11th century shows a fine portrait of Christ on its obverse and a stylized image of Emperor Constantine IX Monomachus (1042-1055) on the reverse. This was a weak military leader: rebellions and invasions of Normans and Turks weakened the empire during his reign. In addition, the quality of coins deteriorated. Constantine had four categories of histamena minted to carry out a progressive devaluation. Within every stage of minting he changed the depiction on the reverse and debased his coins.