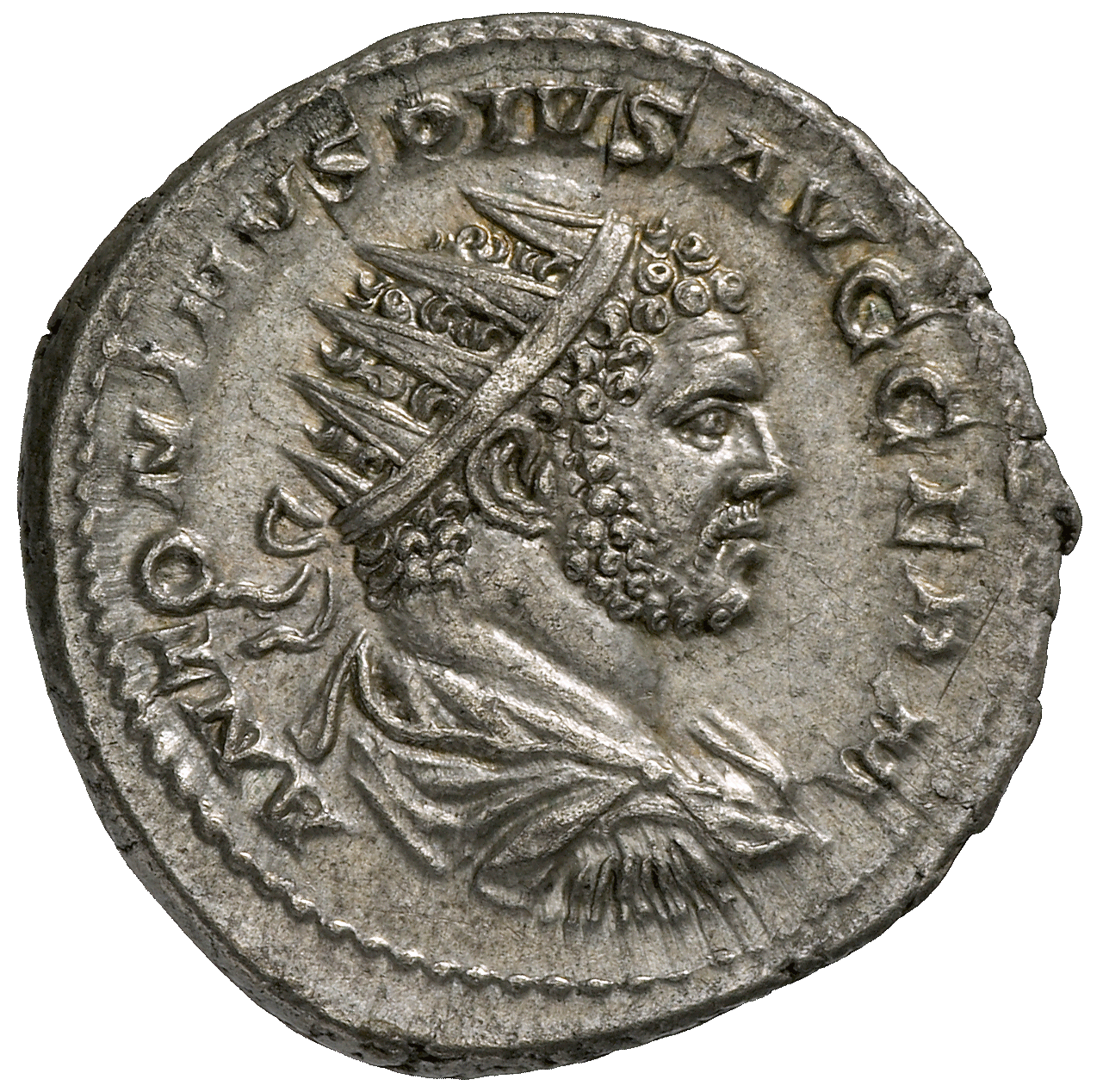 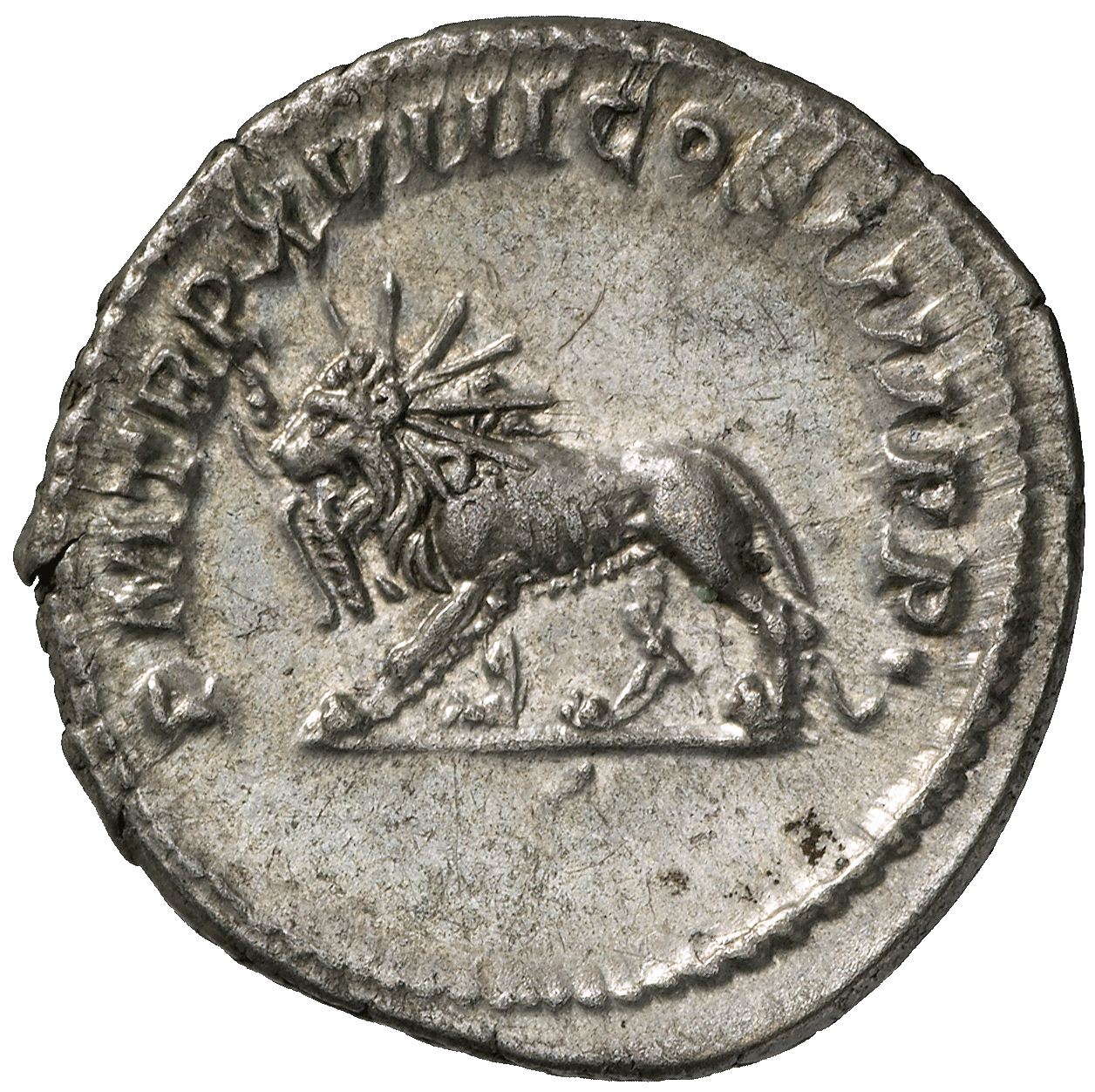 At the beginning of the 3rd century AD more and always more tribes crossed the borders of the Roman Empire in search for new land to settle. This forced the Roman emperors to spend more and more money for the defense of their frontiers. Because the other expenses were not reduced at the same time, the deficit in the national treasure became larger and larger.

Emperor Caracalla (198-217 AD) wanted to gain control of this shortage of money by issuing a new coin. It was a double denarius, which only contained one and a half times as much silver as a single denarius, however – the new coin was thus actually worth 1 1/2 denarii. After their inscription ANTONINVS PIVS AVGustus GERManicus, these double denarii are called 'Antoninianus' today. How the Romans themselves called the new coins, we do not know.